Home
Corruption
Omega Diamond’s lawyer drafted, negotiated and lobbied for the settlement law before using it to save his client

Omega Diamond’s lawyer drafted, negotiated and lobbied for the settlement law before using it to save his client 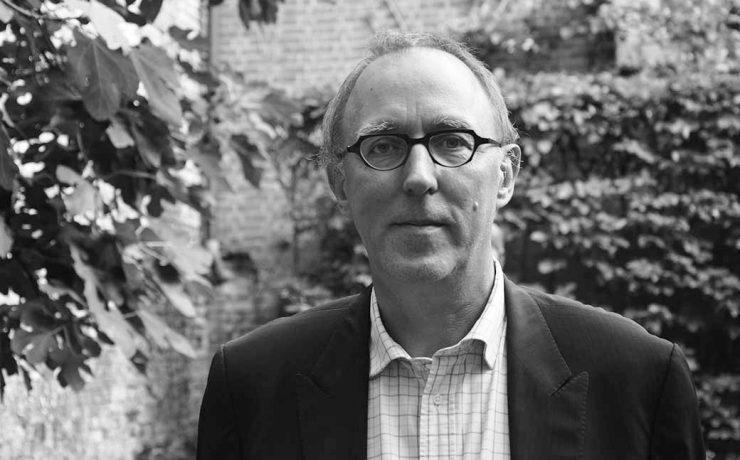 Members of the Parliamentary Inquiry Commission were shocked to find out on 19 April 2017 that the academic expert who supported the settlement bill in the Senate was on the diamond lobby’s payroll. OSI can now reveal that while pushing for the enlargement of the criminal settlement, Raf Verstraeten (photo) was not only the lawyer of the AWDC, but also the lawyer of Antwerp diamond traders accused of fraud, like Monstrey or Seber NV. He was representing several diamond traders in the secret HSBC accounts case. And, more importantly, he was the lawyer of Omega Diamonds.

Raf Verstraeten became a counsellor to the Antwerp World Diamond Center (AWDC) in 2008, at the invitation of his fellow lawyer Axel Haelterman, the long-time legal consultant of the diamond lobby. He first assisted Haelterman in writing the bill on the abolition of the confiscation of illegal diamonds.  http://www.opensourceinvestigations.com Haelterman’s bill was discussed in a series of meetings between representatives of the diamond industry, their lawyers (Haelterman and Verstraeten), Belgian top Government officials and top prosecutors. First meeting took place in March 2008 at the cabinet of Minister of Justice Jo Vandeurzen (CD&V) and it was chaired by the minister himself accompanied by his private secretary. Other meetings were held in April, June and September 2008.

But Raf Verstraeten’s relationship with the diamond sector was much deeper than a consultancy work for the AWDC. Verstraeten was the lawyer of several diamond trading companies, including Omega Diamonds. So, when the Omega Diamond scandal erupted in October 2008, it was Verstraeten who was called to find a solution to save his client. Haelterman’s confiscation bill was no longer enough. Omega Diamond was a massive trans-national money laundering scheme. The amount laundered was between 2 and 3 billion euros. http://www.opensourceinvestigations.com

The settlement law is indeed the result of a completely unusual law-making process. However, it had nothing to do with France, Kazakhstan or Patokh Chodiev. The law originates in several local Antwerp consultations between the diamond sector and the judicial world.

In November 2008, Belgian Minister of Justice Jo Vandeurzen (CD&V) asked Andwerp Prosecutor General Yves Liegeois to work with the diamond lobby on resolving the Omega Diamonds scandal. Vandeurzen’s request was reinforced by her successor Stefaan de Clerck (CD&V). The same group that had participated in the discussions of the confiscation bill started a new series of meetings.

During those meetings, most of them held in Antwerp, Omega Diamonds’ and AWDC’s lawyer Raf Verstraeten drafted a bill proposing the enlargement of the criminal settlement law. His text, Verstraeten told the Parliamentary Inquiry Commission in April 2017, was not completely identical with the bill introduced in the Parliament in 2011. But he also admitted that “the basic ideas” were the same.

Stefaan de Clerck himself attended a couple of “technical meetings.” De Clerck and Verstraeten have known and trusted each other form the nineties. In 1995, at the beginning of his previous mandate as Minister of Justice, Stefaan de Clerck appointed Raf Verstraeten to investigate authorities’ failure to catch the Gang of Nivelles.

By April 2009, the draft prepared in Antwerp was already on the table of an inter-ministerial working group. With Raf Verstraeten’s public support, Carl Devlies (CD&V), Secretary of State for the Coordination of Fraud Prevention, was pushing for the enlargement of the criminal settlement law. Couple of months later, in June 2009, the bill reached its final form. It was an almost word by word match of the amendment introduced by Servais Verherstraeten in 2011.

It seems that in the case of the enlargement of the criminal settlement law, the Antwerp diamond lobby went too far. The Parliamentary investigation committee has discovered that after drafting and negotiating the bill in the secretive meetings with Antwerp prosecutors in 2008-2009, the same Verstraeten was invited as an “academic expert” in the Senate in 2011 to share his expertise in the drafting of the Enlarged Criminal Transaction.

Raf Verstraeten supported the bill in the Belgian Senate. In the meantime, he failed to inform the senators that he was on the payroll of the diamond lobby. He also failed to mention the crucial role he had played in drafting the enlarged settlement bill.

The Senate wasn’t aware of the academic expert’s pecuniary interests. While supporting the settlement bill in the Parliament, professor Raf Verstraeten was representing as a lawyer not only the AWDC, but also countless diamond companies accused of fraud, from Omega Diamonds, Monstrey and Seber NV to the traders involved in the secret HSBC accounts case. All these companies were to be beneficiaries of the settlement law.

The lawyer of the year vs the anti-fraud magistrate

Although it was a long process, Verstraeten faced no major difficulties in changing the Criminal Code for the benefit of his clients. Diamond traders’ friends in politics and in Public Prosecution Service (many of them also Verstraeten’s personal friends, like Minister Stefaan de Clerck or prosecutor general Yves Liegeois) helped him achieve his goal. http://www.opensourceinvestigations.com/

One man however opposed Verstraeten: Peter van Calster, public prosecutor at the Court of Appeal of Antwerp and the most effective anti-fraud magistrate in Belgium history. Van Calster was responsible for several diamond fraud cases (including Omega Diamonds, Monstrey and HSBC) and strongly opposed, “given the seriousness of the facts,” to a settlement agreement in the Omega Diamonds case.

Raf Verstraeten and his friends saw Van Calster as an obstacle and refused to negotiate with him. Alleging disciplinary infractions and crimes, Antwerp Prosecutor General Yves Liegeois filed a number of complaints against Van Calster in 2011, and ordered a search of his office in 2012. In November 2012, Peter van Calster was “relieved of his responsibilities.”

With his settlement bill turned into law and the prosecutor responsible for the diamond fraud cases dismissed, it was the same Raf Verstraeten who negotiated on behalf of Omega Diamonds a settlement of 160 million euros. The deal, representing 5 to 8 percent of the estimated fraud, was sealed on 3 May 2013. One month later, Raf Verstraeten was elected Belgian Lawyer of the Year 2013.

When Verstraeten’s name appeared for the first time during the hearings in the Inquiry Comission, information about a relationship between him and the Kazakh trio immediately leaked to the press. Verstraeten, the inventors of the so-called Kazakhgate assumed, drafted the settlement law for the benefit of his client Patokh Chodiev.

Like many of the “information” regarding Chodiev’s involvement in the Belgian law-making process, that also proved to be completely false.  Verstraeten’s relationship with the Kazakh trio had nothing to do with his efforts to push for an extension of the settlement agreements.

Verstraeten made it very clear to the inquiry commission that his cooperation with Chodiev and his partners completely discontinued in 2007. That was one year before the diamond lawyer drafted the legal text on settlement agreements and 4 years before the adoption of the settlement law. Moreover, according to Verstraeten, his professional relationship with Patokh Chodiev ended in bad terms, due to a “lack of confidence.”

Omega Diamonds’ lawyer was settlement law’s author, negotiator, lobbyist and Senate expert. But the implications of the Omega Diamonds case are far deeper. While defending the diamond fraudsters and pushing for a law to save them, Verstraeten was a senior partner in the law firm Eubelius.

Eubelius was founded by the current Minister of Justice, Koen Geens.