Belgian Diamondgate: They’ve Done It Before 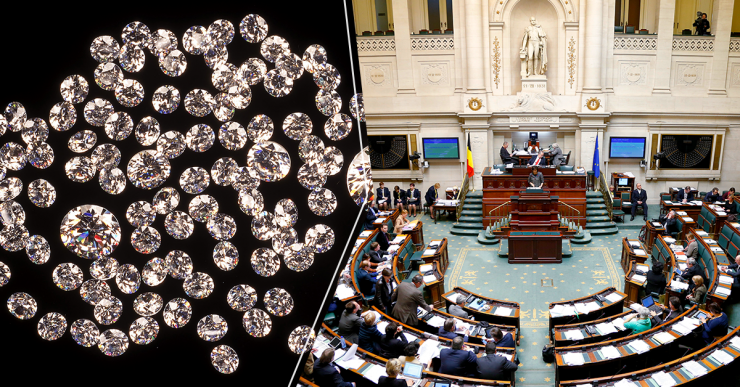 The 2011 extension of the scope of criminal transaction was not the first bill meant to resolve Antwerp diamond industry’s legal issues. It was not the first draft law created by the diamond lobby, written by AWDC’s lawyers, introduced by Servais Verherstraeten, and endorsed by the informal group of Belgian MPs serving the interests of the diamond sector. In 2008, the same Verherstraeten proposed a bill initiated by the same AWDC and written by the same lawyer, Axel Haelterman. The bill was meant to block law enforcement from confiscating illegal diamonds. Bart De Wever, Marie-Christine Marghem, Renaat Landuyt, and Melchior Wathelet co-sponsored the 2008 bill. A couple of years later Verherstraeten (CD&V), De Wever (NVA), Marghem (MR), Landuyt (SP.A), and Wathelet (CDH) were all members of the Diamond Club pushing for the extension of the scope of criminal transactions.

In October 2007, Belgian law enforcement confiscated 14 million euros worth of blood diamonds brought into the country illegally from the Ivory Coast. The main suspect, an executive of Antwerp-based Pery Diamond, was arrested by the prosecutors.

And hard times calls for drastic measures. Pery Diamond, Monstrey Worldwide, and Omega Diamonds are pillars of the Andwerp diamond industry. They are also founding members of the Antwerp World Diamond Center (AWDC), an umbrella organization representing and lobbying on behalf of the diamond traders. The AWDC asked its legal consultant Axel Haelterman to draft a bill that would radically change the procedures in place for confiscation.

The bill written by the diamond lawyer was introduced by another long-time friend and advocate of the Antwerp diamond traders, federal MP Servais Verherstraeten.

On 30 January 2008, Verherstraeten, back then leader of the Flemish Christian-Democrats (CD&V) in the lower house of the Belgian Parliament, introduced in the House of Representatives the draft law 739 establishing “various measures concerning confiscation of business assets”. The bill would have made it almost impossible for investigating judges to confiscate diamonds. Confiscation of fraudulent assets would have been possible only with the prior approval of “an authorized person having solid experience in the industry”. Simply put it, Belgian authorities would have needed AWDC’s approval to confiscate diamonds. See the document here: http://www.lachambre.be/FLWB/PDF/52/0739/52K0739001.pdf

Belgian judiciary reacted with anger to the initiative, accusing federal Parliament of acting on behalf of the diamond lobby. “Enough is enough”, said the Belgian Association of Investigating Judges in February 2008. “This bill is a blatant violation of the separation of powers.” 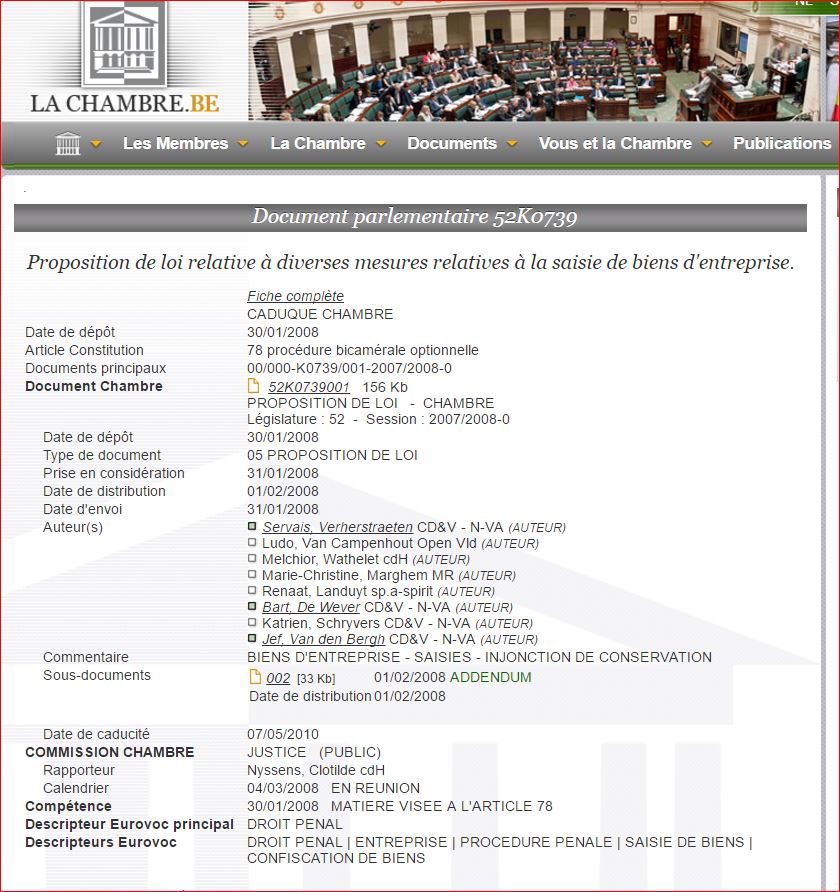 Ludo Van Campenhout, at that time member of Open Flemish Liberals and Democrats (Open VLD), is currently a member of the Flemish Parliament representing the NVA and vice-mayor of Antwerp. Former minister of Justice Melchior Wathelet (Humanist Democratic Centre – CDH) was appointed advocate-general at the European Court of Justice in October 2012. Marie-Christine Marghem (Reformist Movement – MR) is Federal Minister of Energy, Environment and Sustainable Development in the Michel Government. Renaat Landuyt (Socialist Party Differently – sp.a) became the mayor of Bruges in 2012. New Flemish Alliance (NVA) president Bart De Wever was elected mayor of Antwerp in 2012. Mia De Schamphelaere (CD&V), who was presiding over the Justice Committee of the Belgian Chamber of Representatives at that time, is currently First Judge at the Court of Auditors.

Two of the bill’s sponsors, Ludo Van Campenhout and Mia de Schamphelaere, failed to be re-elected in June 2010 election. The others continued to serve diamond industry’s interests in the Federal Parliament. In December 2010, Servais Verherstraeten, Bart De Wever, Marie-Christine Marghem, Renaat Landuyt, and Melchior Wathelet became members of the Diamond Club, the parliamentary arm of the AWDC that pushed for the law regarding the enlarged transactions. http://www.opensourceinvestigations.com

Facing growing opposition from the Belgian judiciary, Verherstraeten and his colleagues dropped the diamond confiscation bill in April 2010. But AWDC’s lawyers had already prepared a much bolder bill: an amendment to the Code of Criminal Procedure, extending the scope of criminal transaction.