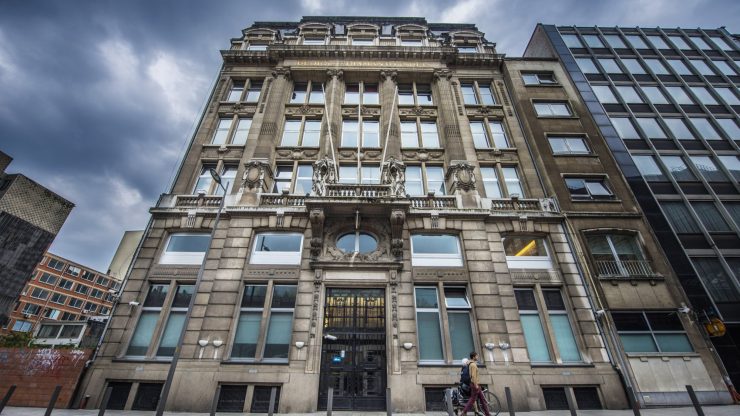 In October 2008, Belgian federal police raided the premises of Antwerp-based Omega Diamonds BVBA, a major player in the diamond market. The raids resulted in a record seizure of $150 million worth diamonds.

Belgian authorities were investigating criminal charges against Omega Diamonds and its CEO, Belgian national Sylvain Goldberg. Omega and Goldberg were accused of forgery, tax fraud and violations of the Belgian Codes dealing with income tax and money-laundering. The tax fraud was estimated to total between 2 and 3 billion euros.

Judicial documents seen by OSI show that Omega imported diamonds from Angola and the Democratic Republic of Congo through Dubai into Antwerp. During the transfer, documents were manipulated, which allowed Omega Diamonds to conceal the origin of the diamonds. Omega ordered the shipment of diamonds purchased in Angola and the DRC to be delivered to entities located in Dubai. Upon arrival in Dubai the diamonds were repacked and exported to Antwerp. The new shipment, marked “diamonds of mixed origin”, was issued with an invoice addressed to Omega wherein the value of the diamonds was artificially increased. In so doing, Omega was able to hide its additional profit from Belgian tax authorities. 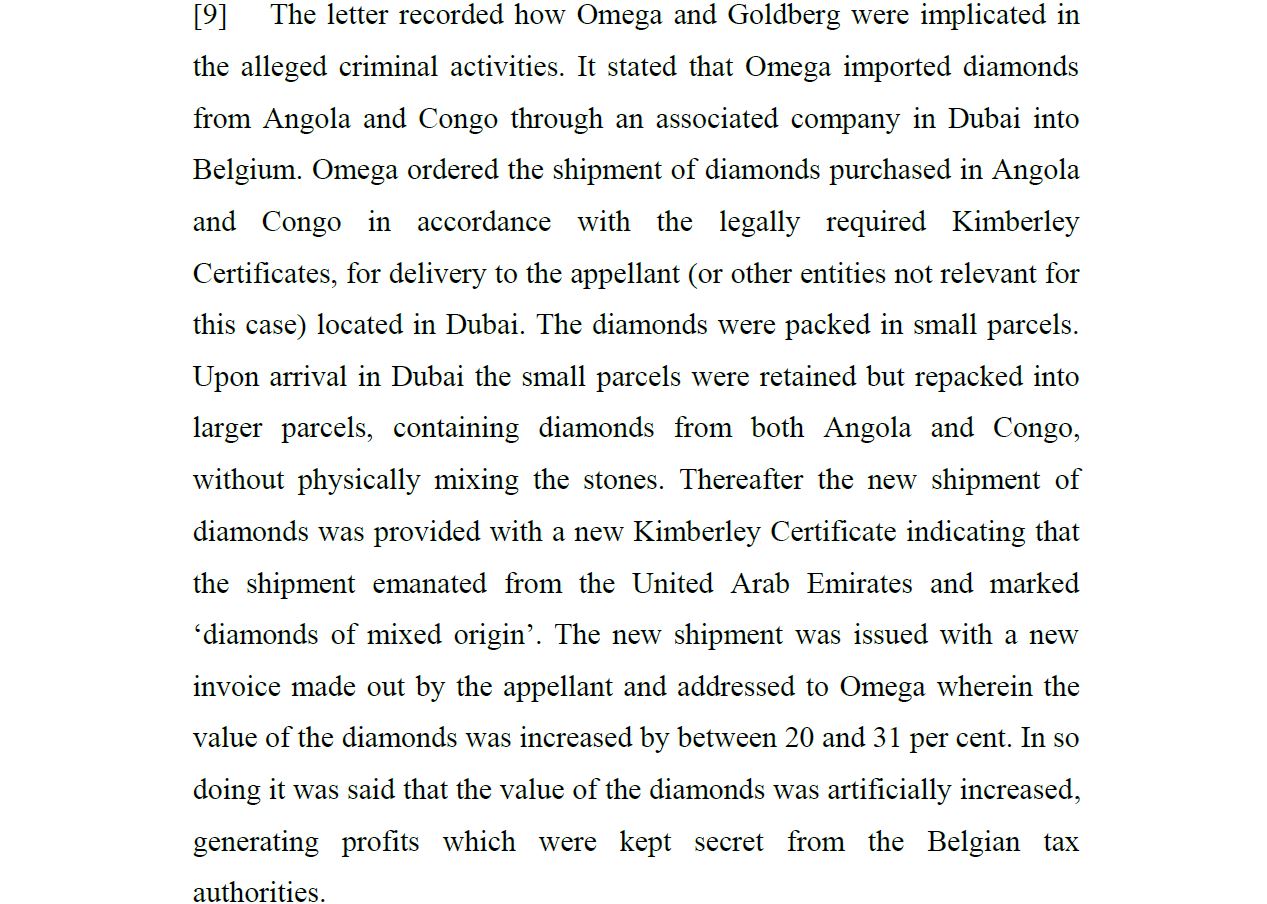 During the search and seizure operation at Omega’s offices in Antwerp, Belgian authorities discovered invoices revealing that Tulip Diamonds FZE, Omega’s main intermediary in Dubai, hired Brink’s Southern Africa Pty Ltd for transporting the diamonds from Angola and DRC to Dubai. Tulip Diamonds is a company registered in the United Arab Emirates operating from the free zone area at the Dubai International Airport. Brink’s is a courier service based in South Africa.

OSI has seen South African judicial documents revealing that Belgian investigators asked for assistance from South African authorities in the criminal inquiry against Omega Diamonds and Sylvain Goldberg. On 23 December 2008 the Court of First instance in Antwerp, at the direction of the Public Prosecutor in Antwerp, issued a Letter of Request to South African authorities. The request, submitted by “Office of Examining Magistrate B De Hous, Antwerp”, was made in terms of the provisions of the International Co-operation in Criminal Matters Act and in view “of the good relations between Belgium and South Africa and the mutual interest for both Sates to combat crime on an international level”. Belgian police officers travelled to South Africa to provide documents in support of their request. 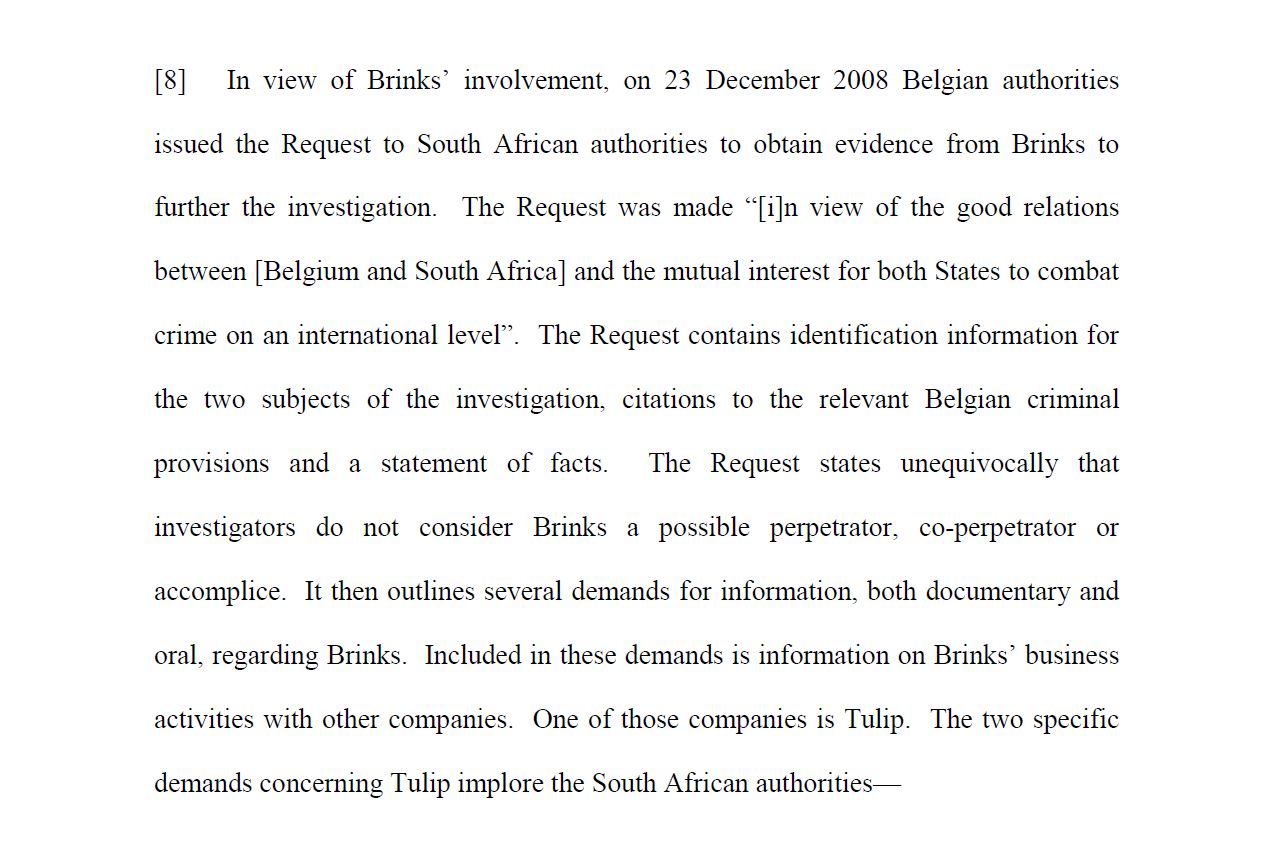 The request was for a search of the premises of Brink’s and the seizure and copying of all invoices and other documents related to the transporting of diamonds to various companies in Dubai within the period commencing on 1 January 2003 and ending on 3 September 2008. The South African authorities were also asked “to interview the responsible persons of Brink’s on the diamond transports made, invoicing and relationship which they had with the Omega Diamonds in Antwerp.” 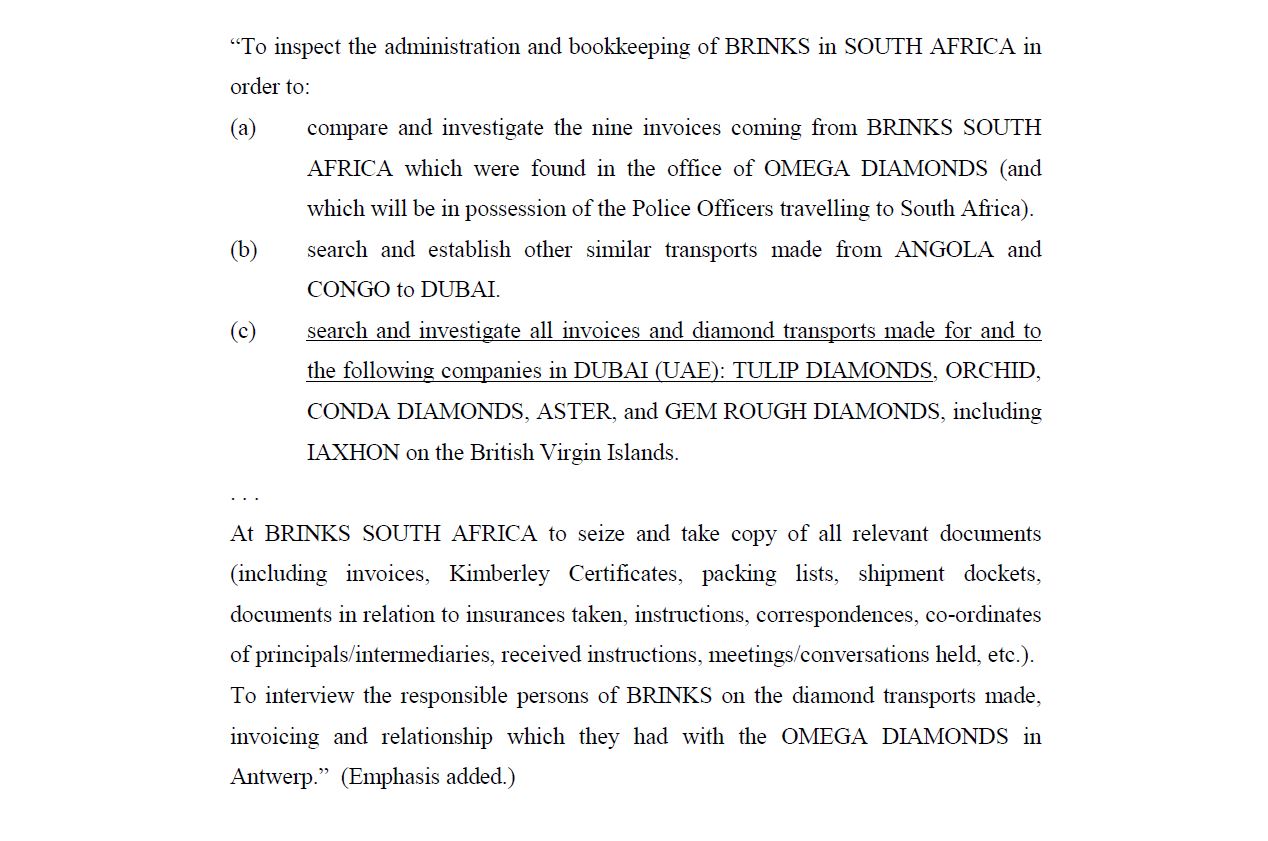 Belgian authorities made it clear that the information disclosed pursuant to their request would be used only for the investigation into one entity – Omega Diamonds and one individual – Sylvain Goldberg.

South African Minister for Justice and Constitutional Development, upon a recommendation from his Director-General, acceded to the Belgian request. A South African magistrate to whom the matter was referred found that there were reasonable grounds for believing that an offence had been committed under Belgian law and issued a subpoena to Brink’s ordering that the evidence be disclosed.

The South African company was willing to comply with the subpoena, but the Dubai-based Tulip Diamonds challenged the lawfulness of the decisions taken by South African authorities to carry out the Belgian request. Tulip contended that the documents were private because they contained private business information, implicating private interests. Both the High Court and the Supreme Court of Appeal held that Tulip failed to prove that the documents were confidential. Read the document here: Omega_Tulip_South_Africa_Supreme_Court_of_Appeal

On 3 May 2013, Omega Diamonds sealed a deal with the Antwerp Prosecutor’s office and special Tax Inspection. The company agreed to pay a settlement of $218.7 million (EUR 160 million).

South African authorities’ efforts were in vain. Belgian prosecutors and tax authorities decided not to wait for the documentary evidence they had required from South Africa. Couple of weeks before the South African Constitutional Court verdict, the Belgian authorities entered into a settlement with Omega Diamonds. The Belgian state was no longer interested in “combating crime on an international level.”

It was the 2011 extension of the scope of criminal transaction that made the Omega Diamonds settlement possible. The new criminal settlement law, which was initiated and written by Antwerp World Diamond Centre and endorsed by the group of Belgian MPs serving the interests of the diamond sector, saved Omega Diamonds and Sylvain Goldberg.