Home
Corruption
Diamondgate: How the true authors of the settlement law have ridiculed the Inquiry Commission

Diamondgate: How the true authors of the settlement law have ridiculed the Inquiry Commission 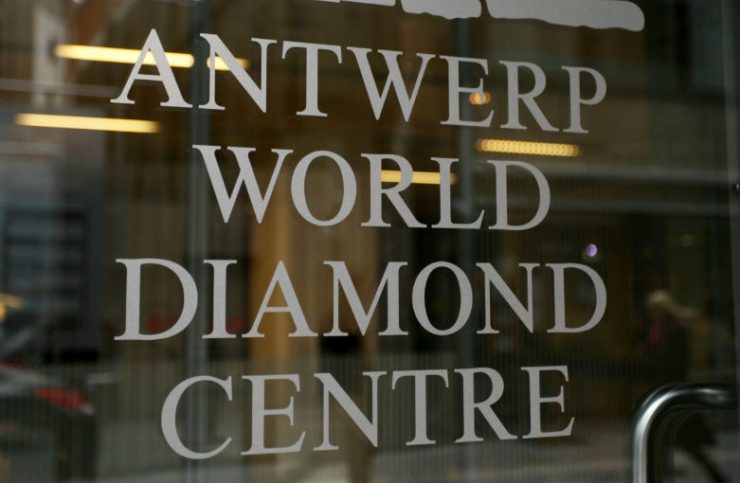 Despite early efforts, the Parliamentary Inquiry Commission can no longer ignore the obvious: According to its president, Dirk Van der Maelen, the Commission concluded that the settlement law was drafted by the diamond lobby for the benefit of the diamond dealers involved in fraud investigations. However this conclusion was not based on the testimonies of the persons who created and negotiated the settlement bill in the series of “technical meetings” held in Antwerp in 2008 and 2009. AWDC’s lawyers Raf Verstraeten and Axel Haelterman, AWDC’s former CEO Freddy Hanard, and their friend and collaborator in the Antwerp prosecutor’s office, former Prosecutor General Yves Liegeois, have all denied any involvement of the diamond sector in the drafting of the settlement law.

The hearing of Yves Liegeois, former Antwerp Prosecutor General took place on 15 March 2017. Liegeois told the Inquiry Commission that the Antwerp World Diamond Centre (AWDC) was not involved in the drafting of the settlement law. It was quite the opposite, Liegeois claimed: the diamond lobby was not even interested in the expanded amicable settlement.

He admitted that, during the diamond lobby’s regular meetings with Antwerp prosecution, Raf Verstraeten drafted a text proposing the enlargement of the criminal settlement law. But Liegeois called Verstraeten’s text an “academic paper.” Liegeois told the Inquiry Commission that Verstraeten, who was meeting him as an AWDC representative, was not in fact representing AWDC, the diamond lawyer’s draft bill having absolutely nothing to do with the diamond lobby.

Liegeois’ testimony was contradicted by all the other officials who attended the Antwerp meetings. Crown prosecutor Christiaan Nys confessed in a legal publication in early 2012 that the settlement law was the result of the “frequent consultations held in Antwerp between members of the prosecution office, representatives of the AWDC, professor Verstraeten and lawyer Haelterman, and the regional directorate of the Ministry of Finance”. Robert Tilkin, former regional director of the Special Tax Inspectorate of Antwerp, told the Inquiry Commission about the “extensive contacts between the representatives of the Public Prosecution Service and the diamond lobby”. And Peter van Calster, the former prosecutor who successfully led the investigation of the diamond fraud in Antwerp, contradicted Liegeois. Van Calster’s version on the involvement of the diamond sector in the adoption of the law was completely different. According to the fraud-hunter, “the diamond lobby played a clear role in the making and coming into force of the settlement law.”

Verstraeten: I was hardly, if at all, involved in the making of the law I drafted

In his testimony on 19 April 2017, Omega Diamond’s and AWDC’s lawyer, Raf Verstraeten, minimized his role in drafting the settlement law. He also stressed that, as from 2009, he was no longer involved in the making of the law.

Verstraeten’s statements were untrue. OSI has proved that the diamond lawyer was the settlement law’s author, negotiator, lobbyist and Senate expert. http://www.opensourceinvestigations.com/. Raf Verstraeten ran the Antwerp meetings in 2008 and 2009 and continued to lobby for the bill after it reached its final form in 2009.

On his recently founded law firm’s website, Raf Verstraeten presents himself as a former “(co-)chairman of ministerial working group on the reform of the criminal procedure” http://vdglaw.be/. During his hearing in the Inquiry Commission, former prosecutor Peter van Calster lodged an invitation to a seminar titled “The Extended settlement agreement”. The invitation, mentioning Raf Verstraeten as one of the speakers, was sent on 18 January 2011, one month before bill’s introduction in the Parliament.

AWDC’s legal consultant Axel Haelterman denied being a lobbyist of the diamond industry and having any involvement in pushing for the settlement law. The lawyer pretended on 15 March 2017 that he has never represented diamond industry in individual cases and never intervened in actual diamond files.

This was also false. In 2010, Axel Haelterman and Raf Verstraeten, who both had attended all the AWDC/prosecutors technical meetings, represented the diamond dealers in the negotiations with the Antwerp prosecutors in the secret HSBC accounts case. Supported by their friend, Prosecutor General Yves Liegeois, the two lawyers came into possession of the data regarding the diamond dealers in Antwerp holding secret bank accounts and pushed for a negotiated solution http://www.opensourceinvestigations.com/. Peter van Calster, the prosecutor who was investigating the HSBC file, explicitly asked Haelterman in which capacity he was intervening. The prosecutor’s question remained unanswered.

Hanard: I choose to ignore your questions

The former CEO of AWDC, Freddy Hanard was heard by the Inquiry Commission on 23 March 2017. He chose to mock and defy the Belgian MPs. He made ambiguous and general statements about the financial-economic crisis and the confiscations of diamonds, and described Haelterman as a mere “technical advisor” who had never lobbied on behalf of AWDC.

Hanard simply ignored any questions regarding Raf Verstraeten’s relationship with the AWDC, the role of the AWDC in the drafting of the settlement law, the meetings between the diamond lobby and the representatives of the Public Prosecutor Service, or the contacts between the AWDC and Belgian politicians.

It is the same Freddy Hanard who, back in 2008, publicly asked for political support for the diamond sector after the law enforcement’s search and seizure operation at the Omega Diamonds’ offices. In his capacity of AWDC CEO, Hanard held a press conference on 20 October 2008, condemning Belgian authorities’ operation, asking for the release of the seized diamonds, calling for “realism and pragmatism”, and threatening with the relocation of industry. http://www.opensourceinvestigations.com. And Hanard’s organisation, AWDC, is the same that on 16 January 2012, issued a public statement in which it congratulated itself for the “substantial contribution in the creation of new legislation extending the possibilities to conclude an amicable settlement.”

Freddy Hanard’s hearing ended in the most ludicrous way: The Inquiry Commission decided to send him a list of written questions. The MPs didn’t want to bother the diamond industry representative too much. After all, the Antwerp diamond lobby is much stronger than a Parliamentary Inquiry Commission.