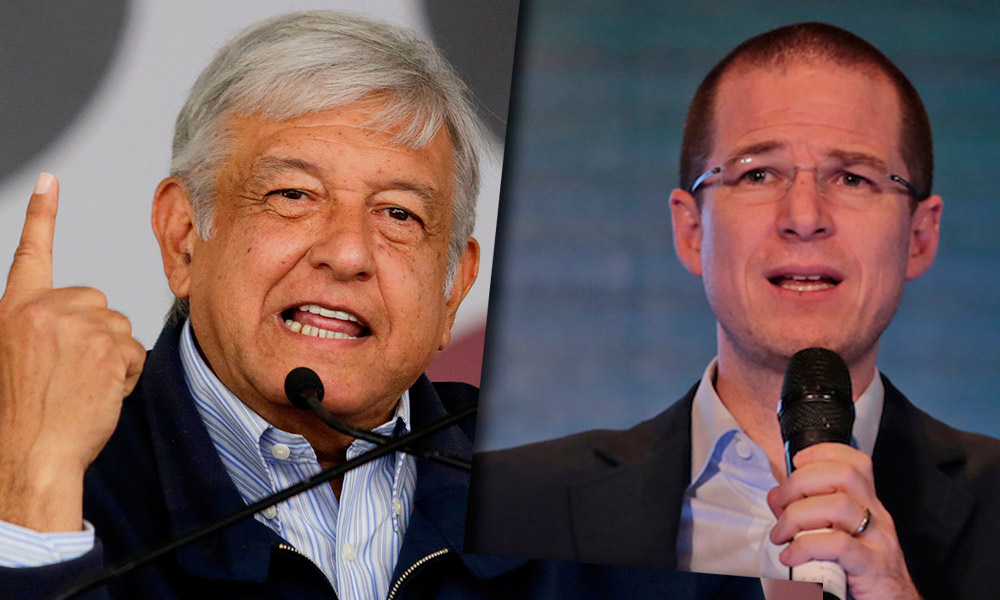 At a closer inspection, both competitors put Mexico in front of some difficult and potentially unpalatable choices.

AMLO and his love affair with drug cartels

“Love and peace.” That was López Obrador’s message after two police officers were decapitated by the Sinaloa Cartel in 2006. And it was not an exception. During the 2005-2006 presidential campaign, López Obrador either refused to talk about El Chapo and his cartel, or blamed the government for the drug-related killings, exonerating the narcos. In 2012, López Obrador spent an entire presidential campaign not mentioning the name of the most-wanted Mexican druglord.

This is the shocking interview AMLO gave to the press on the day the photos of the decapitated police officers were published:

– Aren’t you worried about what is happening with drug trafficking?

– I’m not answering that, we are in truce. Love and peace.

– The narcos left a message to the government. What do you say?

– I’m not going to answer. I offer apologies to all. Love and peace.

– Are you afraid to provoke the drug lords?

– I’m not going to answer, because if I say “a” or “b” they can misinterpret.

– But aren’t you worried about the climate of violence?

– What happens is that right now I’m at peace with my conscience.

– Are you going to be able to fight the narcos?

– Well, this municipality is called Tenosique, it borders with Guatemala and Chiapas. We go later to Balancán and later we will go to Ciudad del Carmen so you can rest, because you deserve it.

– What does that matter when blood is running?

– And the drug trafficking?

In Mexico, the system was known as “moches”. The commissions varied between 17% and 35%, and were used by PAN to finance its operations (including electoral campaigns). As expected, not all mayors were happy to pay these commissions, so a scandal erupted.

Since 2017, Anaya is under investigation for possible money laundering.  Anaya allegedly bought a piece of land from entrepreneur Barreiro Castañeda for 10.7 million Mexican pesos (532,000 US dollars), on which he built an industrial facility. He then sold it again to Castañeda for 54 million pesos (2.9 million US dollars).

Prosecutors claim Castañeda and Anaya used a network of shell enterprises, front men and tax havens to hide the money’s origin then buy the land again with an added value. One of the front men is Juan Pablo Olea Villanueva, a Spanish businessman owning 14 companies, two of which were involved in Anaya’s alleged money laundering scheme. (See here: https://telesurtv.net/english/news/Mexico-Right-Wing-Candidate-Suspect-Money-Laundering-20180228-0010.html)

Apart from the current Mexican investigation, there is a risk for Anaya that Spanish authorities could also open their own investigation, given that one of the persons involved in the alleged scheme is a Spanish national. If this happens, it will most certainly lead to an international scandal.

There’s also a possibility that at least part of the money PAN and Anaya obtained through the “moches” system were used in the money laundering scheme investigated by the Mexican prosecutors.

If López Obrador wins the Mexican presidential race, as expected by many, the Mexican war on drugs will come to an abrupt end. Obrador is known for his “hugs, not guns” policy, and he publicly offered an amnesty proposal to the drug lords. The Mexican drug cartels will face no more pressure from the government, and Mexico faces a very clear risk to be treated as an outlaw country by the international community.

If, on the other hand, Ricardo Anaya will win, corruption is expected to gain new heights in a country already “famous” for rampant systemic corruption.

In either case, the prospects for Mexicans and for Mexico look grim.