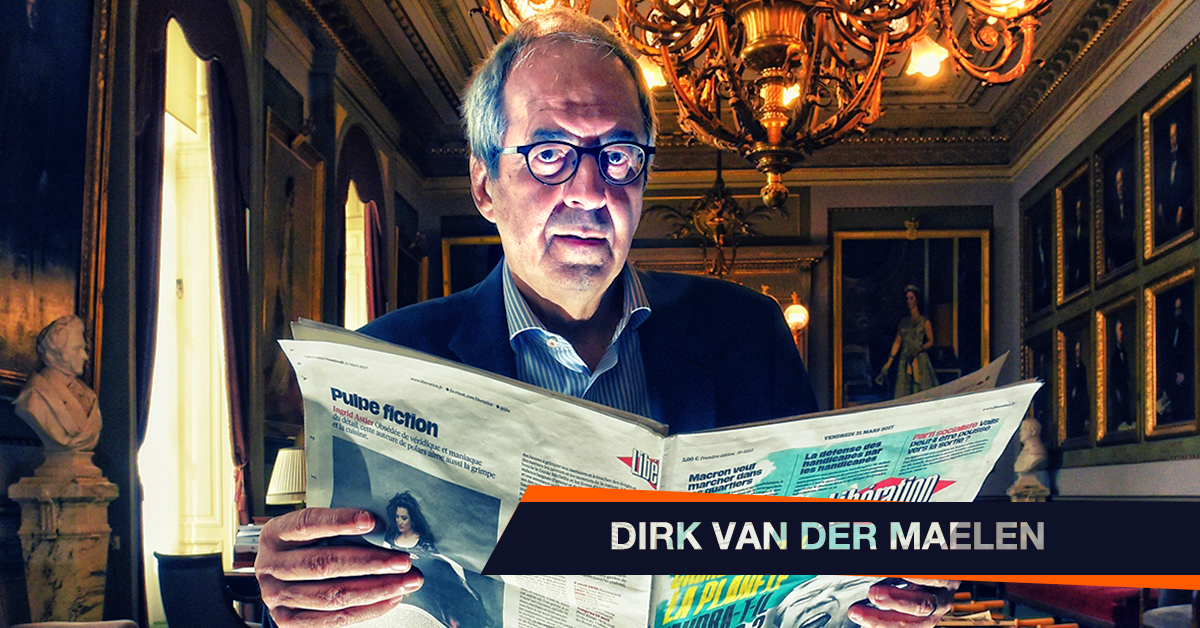 Although we faced constant pressure from some Belgian media outlets, we continued to report about the so-called Kazakhgate affair, convinced that in the end the truth will prevail. This is what kept us going during our long journalistic investigation on this topic.

In the process, we have been accused of being part of Putin’s propaganda war against Western democracies, or of mounting a PR campaign to whitewash Uzbek oligarch Patokh Chodiev.

When they couldn’t deny the facts anymore, they said this: “Although the information conveyed by OSI is not false as such, it is arranged in such a way that it leads to misinforming the public.”

Now they are proven wrong. Some Belgian politicians and journalists need to do a lot of soul-searching these days.

What the Kazakhgate report says

The Kazakhgate commission of inquiry in the Belgian Parliament concluded its workings earlier this April. It voted its report, which was later adopted by the Parliament. Here are its main conclusions (read the entire report here: http://www.lachambre.be/FLWB/PDF/54/2179/54K2179007.pdf):

For many years, Alain Lallemande from Le Soir and Georges Gilkinet, Ecolo MP in the Belgian Parliament (and vice-president of the Kazakhgate commission), claimed repeatedly that Chodiev acquired his Belgian nationality through corruption and wrongdoing. In spite of what he claimed for so long, Gilkinet endorsed the commission’s conclusion that Chodiev committed no crime in the process of acquiring his Belgian passport. Therefore, he tacitly admits that he mislead the public when he accused Chodiev of wrongdoing.

The amendment regarding the extension of the criminal transaction was introduced by Servais Verherstraeten (CD&V), and it largely corresponds with the proposition that the same MP introduced earlier in 2011. (This conclusion was unanimously adopted by the commission.)

OSI is the only investigative media outlet that reported on this, long before the commission reached the same conclusion (see here:

The coupling made on 31 January 2011 between the lifting of banking secrecy and the criminal settlement was a classic political coupling. The inquiry commission acquired no evidence whatsoever that this coupling was made with the intention that a criminal settlement would apply to a specific pending case (the case of Patokh Chodiev and others). (This conclusion was adopted by a majority of 10 to 1, with two abstentions.)

As a consequence, the settlement agreed between Chodiev and his associates, on the one hand, and the Prosecutor’s Office in Brussels, on the other, was validly concluded. (This conclusion was adopted by a majority of 9 to 4.)

As noted, these conclusions were adopted either by unanimity, or by very large majorities (11 to 2, 10 to 2, 10 to 1, 9 to 4). This clearly suggests that, inside the inquiry commission, the rift between majority and opposition had little or no influence on the interpretation of the relevant facts.

These conclusions coincide with the ones OSI reached during its own journalistic investigation. In fact, OSI is the only investigative media outlet that reported these conclusions long before the commission did, simply because all the public documents and all the other open source materials available to everyone clearly pointed to these conclusions.

We were the only ones to report that there was nothing wrong with Chodiev’s naturalization request, apart from a failure in the workings of the relevant Belgian institutions, which is exactly what the inquiry commission now admits unanimously (https://www.opensourceinvestigations.com/corruption/failure-belgian-state-story-naturalization-punishment/).

We reported that Chodiev’s settlement with the Belgian prosecutors was not the first one that took place after the extension of the criminal settlement was voted (http://www.opensourceinvestigations.com/corruption/diamonds-banks-politicians-criminal-law-changed-belgium/).

We reported on the close links between the diamond traders’ lobby and Belgian MPs (http://www.opensourceinvestigations.com/corruption/diamond-club-belgiums-true-lawmakers/).

We were the only ones to report that there was in fact nothing wrong with the settlement agreed between Patokh Chodiev and his associates, on the one hand, and the Prosecutor’s Office in Brussels, on the other – which is exactly what the commission’s report acknowledged in its conclusions (https://www.opensourceinvestigations.com/belgium/kazakhgate-patokh-chodievs-settlement/). We also reported the details of the settlement, unlike many other media outlets (https://www.opensourceinvestigations.com/corruption/truth-chodievs-transaction-belgian-prosecutors/).

Finally, we were the only ones who reported that the so-called Kazakhgate affair is a myth, which is exactly what the inquiry commission now admits (https://www.opensourceinvestigations.com/corruption/kazakhgate-myth-busted/).

In short, we are “guilty” for reporting the truth to our readers, while other media outlets were busy spreading lies and attacking our own investigative work.

We are happy we put a mirror in front of some Belgian investigative journalists. By doing this, we served both our mission of uncovering unpleasant truths, and the general interest of the Belgian society.

They fabricated and repeatedly spread the story according to which Nicholas Sarkozy, the former French president, and Patokh Chodiev, the Uzbek oligarch, pressured top Belgian politicians and government officials to change the Code of Criminal Procedure so that to become possible to enter into transactions with the Public Prosecutor to terminate the public prosecution of offences at all the stages of a criminal procedure. As a result, on 17 June 2011 Chodiev was the first beneficiary of the amendment, by entering into a transaction with the Public Prosecutors in Brussels.

They manipulated the facts so that to convince their readers (often by mere repetition) that this story is true.

When OSI began to report on this, uncovering the real facts and thus contradicting the official version of events, they attacked us. They never contacted us and they never asked for our point of view, as any professional journalist would do. In short, they relied on manipulation and propaganda, which is the very opposite of investigative journalism.

We do appreciate the fact that Alain Lallemand no longer reports about Kazakhgate on Le Soir, after years of spreading misinformation and inflaming the public’s spirit on this topic. However, this is hardly enough.

The same is true about the Ecolo MP Georges Gilkinet. On 17 November 2016, he made this statement regarding Kazakhgate: “There is also the failure to respect the fundamental democratic principles. The sovereignty of our state has been violated. It was a neighboring State that pressed us to adopt, in circumstances that we denounced at the time, a law that fundamentally changed the way justice is done in Belgium. All the three powers have been affected.” (See here, p. 18: http://www.lachambre.be/doc/PCRI/pdf/54/ip139.pdf)

He was, for years, the most vocal politician to support and spread the fake story according to which Sarkozy and Chodiev changed the Belgian criminal law. He was the most ardent supporter of establishing an inquiry commission.

Gilkinet has a background in journalism. However, he chose to ignore what journalism really means, and instead turned himself into a highly effective propaganda machine for the sake of political gains.

In so doing, he grossly mislead his voters and the general public, and he abandoned his obligation to seek for the truth and to respect the dignity and human rights of every person, no matter what he might otherwise think of that person.

An oligarch is certainly not a role model. However, not being a role model is not an invitation to be abused or to be the subject of fake stories and unsubstantiated conspiracy theories, especially when the truth can be easily uncovered by simply accessing open source documents, like OSI did. This was the moral principle that led OSI to start its own journalistic investigation.

In the end, if OSI was able to uncover the truth – a truth that is now officially recognized in a report adopted by the Belgian Parliament – then anyone else could have done the same. No commission of inquiry would have been necessary. Honest and professional journalistic reporting would have been enough.

Now, OSI and its moral and journalistic principles are vindicated. However, we’re not celebrating. Such a significant failure from so many Belgian journalists and politicians is no reason for celebrating. On the contrary.