Home
Conspiracy
Cambridge Analytica and the Government next to you

Cambridge Analytica and the Government next to you 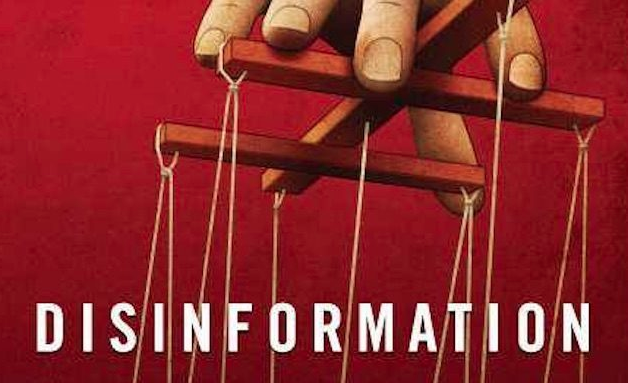 It seems like Cambridge Analytica has been on everyone’s lips in the last couple of weeks, after news that the firm was allegedly involved in a large data mining scandal in several countries across the globe. Now, as the dust has settled a bit on this particular subject, we ought to look at the contracts that Cambridge Analytica – or its parent firm, SCL Group – has had with the British Ministry of Defence, that gave the firm access to secret documents. As of now, we know for certain that SCL Group has had a close working relationship with the MoD and was paid almost £200,000 for carrying out two separate projects.

In 2014, Ministry of Defence officials worked with SCL Group on “Project Duco” in order to analyse how people would interact with certain government messaging. This would imply that the government officials were well aware of Cambridge Analytica and SCL’s way of doing business and intended to use their know-how as to promote government messages on a large scale. The SCL project was carried out by the MoD’s Defence Science and Technology Laboratory (DSTL), which goal is that of maximising “the impact of science and technology for the defence and security of the UK”.

This revelation is not only shocking but it also raises concerns that governments all around the globe have been using firms like SCL or Cambridge Analytica that tackle psychological and anthropological principles in order to assess the behavioural patterns of their own citizens. According to a heavily redacted document that was released under the freedom of information rules, Project Duco was part of the government’s “human and social influence work”, which tried to assess the behavioural patterns in young unmarried males and key factors affecting instability among this group.

The Labour MP Yvette Cooper has said the following: “Given the mounting concerns about Cambridge Analytica’s disregard for proper standards, particularly on information and data protection, we ought to know what the government contracts were with Cambridge Analytica or SCL and what access to information they had.”

The aforementioned redacted documents, published by the House of Commons Digital, Culture, Media and Sport Committee, give a broader picture of the tactics used by SCL to identify and target “key groups within the population to effectively influence their behaviour to realise a desired outcome”. Some of these tactics were employed in various countries other than the UK, such as Nigeria or Trinidad and Tobago, where SCL encouraged the populace “not to vote at all” through rallies involving local religious figures or by using graffiti images to create the impression that a grassroots movement was behind the specific campaign messages.

Shortly after their work with the British government, SCL delivered training for NATO personnel that was later on passed to Georgian, Ukrainian and Moldovan government officials. According to an audit, SCL was paid £548,000 for work on target audience analysis, which included an eight-week training course for NATO staff. By employing mechanisms of target audience analysis (TAA), governments or companies can assess how to target individuals with a message in order to change their behaviour. Convenient, isn’t it?

One can wonder why these governments even need to use these types of Orwellian mechanisms, but the answer is quite simple: it allows them to diagnose the exact groupings that exist within a target population, then it uses “psycho-social research parameters” in order to determine how best to change the group’s behaviour completely. TAA allows the data to build up a very detailed list of current values, attitudes, beliefs and norms of the targeted groups, which are used later on to successfully change the group’s behavioural pattern. Simply put, it’s an algorithm that silently centralizes data taken from the people in order to create the perfect message.

The rabbit hole that never ends

As mentioned above, there’s a clear picture right now that SCL, Cambridge Analytica’s parent company, had employed their work to major organisations such as NATO or the British MoD. Not only that, but the MoD praised the company for the training it provided to a psychological operations warfare group, even writing up that they would “have no hesitation in inviting SCL to tender for further contracts of this nature”. Furthermore, SCL was permitted to have access to secret information that comprised data from the UK and from abroad.

These implications are not only disturbing, but they also paint a clear picture that the governments have been using these types of tactics for quite some time now. The recent headlines that revealed how Cambridge Analytica harvested data from roughly 50 million Facebook profiles without the users’ permission and the following reactions from major players on the market show how hypocritical our society has become, especially our leaders. On one side they condemn these practices, but on the other they employ them on a national scale without any hesitation or remorse.

To conclude everything as just another scandal is a huge understatement. Our online data is not only unsecured, but it is also used by various actors such as the governments or other entities in order to influence our thoughts and behavioural patterns. The era of anonymity is over and we can certainly say that we have entered an Orwellian nightmare that has no end in sight. Everything looks like it can be controlled and everything is permitted in order to control.

Living in the 21st century is more and more resembling a life in a dystopian future.