The Bush administration’s strange support for a Mexican left populist 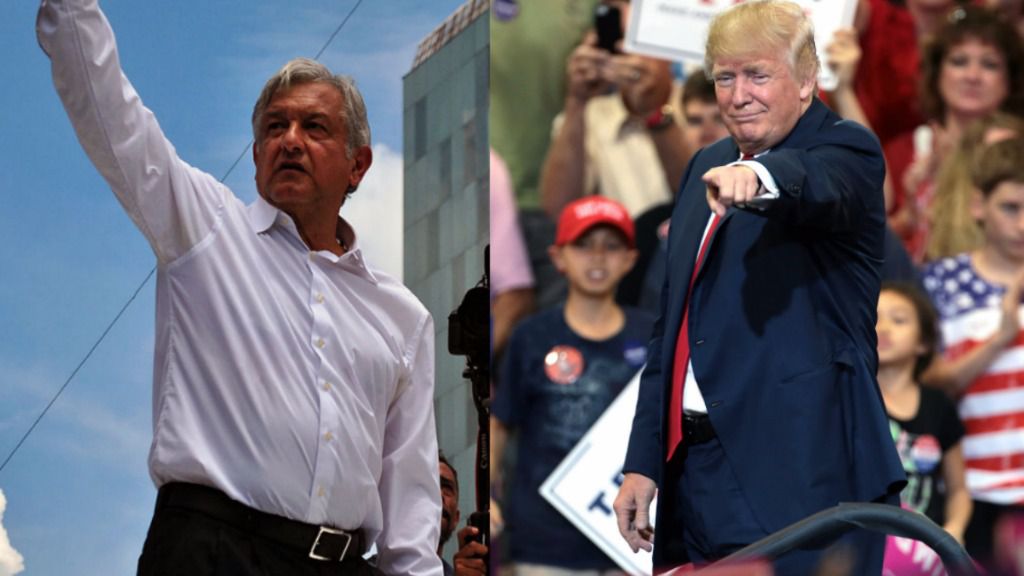 The US government has a history of interfering in Mexico’s elections, backing center-right politicians with a pro-US agenda. However at the end of 2002, Washington made an unusual decision: the presidential profile of a Mexican leftist populist received an unexpected boost from the Bush administration. Rudolf Giuliani and Bernard Kerik came to Mexico City to support mayor Lopez Obrador. Both Giuliani and Kerik were high profile US Republicans and President Bush’s devoted allies. It was a pure public relations move. At stake was not Mexico City’s safety, but the presidential ambitions of the city mayor.

When Andrés Manuel López Obrador ceremoniously invited Rudolph Giuliani to clean up Mexican capital, the focus of Mexico City’s mayor was on becoming the country’s next president. Back in 2000, the US government successfully supported Vicente Fox’s bid for president. But Mexican presidents are limited to a single six-year term, and in 2003 the race to succeed Fox was already on.

Obrador, who had promised to eradicate crime during the mayoralty campaign, knew his presidential ambitions could improve with more law and order. And, after trying a couple of ridiculous anti-crime programmes, the fiery left winger did what Mexican politicians do when they run out of options: he turned to America for help. www.opensourceinvestigations.com/

And help came from the most unlikely source. In October 2002, a US consulting firm signed a contract to advise mayor Lopez Obrador on crime reduction measures. The firm was Giuliani Partners, and it was owned and managed by two conservative US Republicans: former New York City mayor Rudolph Giuliani, and former New York City Police Commissioner Bernard Kerik.

A Republican since the early 80s and mayor of the largest city of the US from 1994 to 2001, Rudolph Giuliani campaigned on behalf of George W. Bush in the presidential election of 2000. Giuliani was very close to president Bush who, especially after 9/11, often praised his record as mayor of New York.

While advising Lopez Obrador in Mexico, Giuliani was one of Bush’s most vocal supporters on the campaign trail for re-election. The former mayor was instrumental in bringing the 2004 Republican National Convention to New York. A key speaker at the convention, Giuliani endorsed Bush in a 40-minutes speech on 30 August 2004.

“Thank God that George Bush is our president” – Giuliani said, praising Bush for his “principled leadership”, for remaining “rock solid”, and for being “a great leader with strong beliefs”.  An outspoken supporter for the wars in Iraq and Afghanistan, Giuliani told delegates that Bush “earned a place in history as a great American president” because he “dedicated America to destroying global terrorism”. “Bush can see in the future”, Giuliani concluded, “we need George Bush now more than ever”.

In 2003, Lopez Obrador put Giuliani Partners vice-president Bernard Kerik in charge with battling corruption among Mexican police. Another strange decision since Giuliani’s old time partner was, too, a Republican and a friend of the US president. In fact the relationship between Bush and Obrador’s adviser was so close that, after only a couple of months of “fighting corruption” in Mexico City, Kerik was given the job of Interior Minister of Iraq. In May 2003, following the invasion of Iraq, President Bush appointed Kerik as interim Interior Minister of the Iraqi Coalition Provisional Authority.

In December 2004, Obrador’s anti-corruption adviser was nominated by President Bush as US Secretary of Homeland Security. Kerik’s bid for one of the top jobs in the Bush administration quickly collapsed following the exposure of his involvement in corrupt practices, including during his tenure as Obrador’s adviser. https://www.opensourceinvestigations.com/

Rudolph Giuliani and Bernard Kerik came to Mexico to the rescue of Lopez Obrador. But the US support for the Mexican left-wing populist went far beyond that. The Republican campaign establishment backed Obrador’s first run for president.  Now Republicans are back in power. And Lopez Obrador is running for president again.