Home
Corruption
Diamonds, Banks and Politicians: How the Criminal Law Was Changed in Belgium

Diamonds, Banks and Politicians: How the Criminal Law Was Changed in Belgium 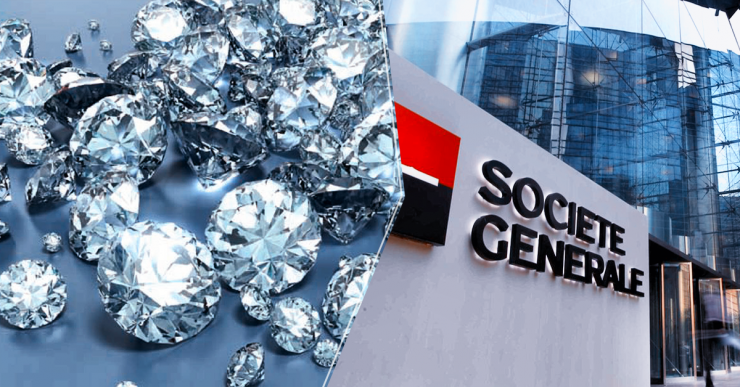 The amendment came as a surprise for the public, and even for some politicians. A culprit was needed to explain the change, and a culprit was found: Patokh Chodiev, a London-based Uzbek oligarch with Belgian citizenship. However, OSI proved the allegations wrong (here: http://www.opensourceinvestigations.com/ and here: http://www.opensourceinvestigations.com/).

OSI is now in a position to offer more details on how the criminal law was changed in Belgium, and on who the real culprits are.

The law from April 2011 didn’t come out of nowhere. The amendment first began to be discussed in 2008, among people close to the diamond traders in Anvers. Pressed by legislative changes and by a public opinion which was more and more unfavorable to the secrecy surrounding the trade in diamonds, the traders felt they have to fight back. Since a return to the old style of doing business was impossible, they began exploring ways to change the law so that they won’t end up in jail. (source: http://blog.lesoir.be/)

The idea of an enlarged transaction, allowing them to avoid prison, was most appealing to them. So they began pushing for it. In 2011, one of the co-writers of the amendment to the Code of Criminal Procedure was Axel Haelterman, a reputed law professor and also a lawyer for the Antwerp World Diamond Centre, a private foundation that represents the interests of diamond traders. (source: https://www.apache.be/)

Haelterman was even invited by the Belgian Senate to report on the new proposal on 24 March 2011. He, of course, praised the amendment. (source: https://www.senate.be/) Stefaan De Clerck, then Minister of Justice, saw no conflict of interest in Haelterman’s intimate involvement in the legislative process.

There is also a close connection between Haelterman and Didier Reynders, back then Vice-Prime-minister and Minister of Finance. Haelterman was Reynders’ counselor on several occasions. (source: http://www.levif.be/)

To sum it up, Haelterman acted as a very important link between the diamond traders in Anvers and Didier Reynders. He was so intimately involved that he is considered one of the authors of the amendment that reformed the Code of Criminal Procedure by allowing prosecutors to enter into enlarged transactions with rich wrongdoers.

However, no matter how powerful and well-connected the diamond traders’ lobby was, something else was needed to change the law: an emergency.

Société Générale, the catalyst of change

In 2010, prosecutors in Turnhout discovered that Société Générale was coordinating a huge money laundry and tax evasion scheme. The fraud amounted to 89 million euros. (source: http://www.dhnet.be/)

The CEO of Société Générale at the time was Frédéric Oudéa, a friend of the French President Nicholas Sarkozy. In 1993 Oudéa became a member of the French government as a technical adviser of Sarkozy, who was then Minister of Budget and Communication. In order to avoid a criminal indictment that would have been devastating for Société Générale, Frédéric Oudéa had the support of President Sarkozy.

Sarkozy, on the other hand, was a close friend of Didier Reynders. In 2007, André Gilain wrote a biography of Reynders. The preface is authored by Nicholas Sarkozy himself, who writes: ”Didier is my friend, and I am proud to be his.” On his side, Reynders adds: “Above all, he [Sarkozy] is a friend, I know him for many years: even since he wasn’t in the powerful position that he is in today.”

There is yet another powerful connection between Reynders and Société Générale. As Minister of Finance, he decided which banks were appointed as primary dealers in Belgian government securities, a highly lucrative business for the fortunate banks that were selected.

As it turns out, Reynders always selected Société Générale (see, for instance, the reports from 1999: http://www.debtagency.be/, from 2007: http://www.presscenter.org/, and from 2010, the very year when Belgian prosecutors discovered that Société Générale was laundering money on a grand scale: http://2013.jaarverslag.financien.belgium.be/).

This proves beyond doubt a very close relationship between the Belgian State, powerful members of the Belgian government and Société Générale. So when the French bank came under the scrutiny of Belgian prosecutors, Didier Reynders intervened. He had the means to do so, because he possessed the amendment concerning the enlarged transaction already drafted by the diamond traders’ lobby.

All the evidence shows that Reynders was crucial as a promoter of both Société Générale’s and the Anvers diamond traders’ interests. And when these two very powerful interests congregate, with Reynders as a central figure, the law changes almost instantly.

In this context, Patokh Chodiev, the Uzbek oligarch, was simply at the wrong place at the wrong time. By concluding his own transaction with the prosecutors just a week after Société Générale, he became the perfect scapegoat. Being rich, controversial yet not connected with those who truly run the political establishment in Belgium, it was easy for them to throw him to the lions, creating an almost perfect smokescreen behind which they managed to hide their machinations.