Home
South Africa
The fall of a Nation

The fall of a Nation 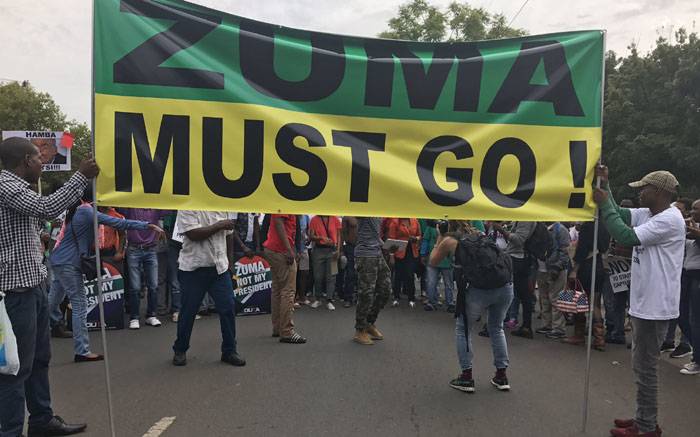 Once one of the most prosperous countries in the world, South Africa is now struggling to maintain its economic prospects and social stability. The continental leadership provided by the South African government has been increasingly under pressure, seen for example in the fact that Nigeria became Africa’s largest economy in 2014, and the social inequalities and high level of unemployment has turned the country upside down in the last couple of years. Although still leading in the mining, car-making and financial services sectors, as well as having a well-functioning democracy system, South Africa from today cannot be compared even to the slightest to the South Africa that used to function a couple of decades ago – systematic corruption has made sure of it.

Ever since the ANC (African National Congress) took power after the end of the Apartheid, South Africa has undertaken the complete revamp of the political system, paving the way for a parliamentary republic that represents all ethnic and linguistic groups in the country. Often referred to as the “Rainbow Nation” – to describe the country’s multicultural diversity – South Africa is now a melting pot of many ethnicities: 80% black, 8% coloured, 8% white and 3% Asian. However, the social inequalities, high level of unemployment (especially prevalent in the youth demographics) and blatant corruption have turned the “Rainbow Nation” into a breeding ground for hate, corruption and inequalities.

Whilst the source of these problems is hard to point out, a large contributor to the current state of degradation in the South African society is nonetheless the President itself, Jacob Zuma. A controversial public figure, Zuma became the President of the ANC in 2007 and was subsequently elected into office as President in 2009, serving ever since. His past, albeit heavily scrutinized by the opposition, did not affect his political gains that much, even though some of the things unearthed would put to shame any politician out there: charged with rape in 2005 (acquitted), fought a long legal battle over allegations of racketeering and corruption (in which his personal financial advisor, Schabir Shaik, was convicted for corruption and fraud), made extensive state-funded upgrades to his rural homestead at Nkandla … the list could go on and on. One thing stands for certain – ever since his membership in the South African Communist Party (serving in the party’s Politburo until 1990) and going as far as today, Jacob Zuma has proven again and again that he values himself more than his own people, even going as far as doing anything in order to keep the power in his grip.

When looking at the current state of affairs of the South African society, from the high criminality rate to the crippling poverty experienced by more than 40% of the population, one must always ask himself who has gained the most out of these hardships. Even thought the country has been hit by an economic recession that still hasn’t taken its last breath, the elite in South Africa have kept on getting richer and richer at the expense of their own electorate, with the ANC essentially forming an oligarchy that has been hellbent on achieving personal wealth for the politicians in power. This can be clearly seen when looking at the runners for the upcomming 2018 elections – one of the most pushed candidate is no other than Jacob Zuma’s ex-wife, Nkosazana Dlamini-Zuma, pushed by Zuma to succeed him both as President of the African National Congress and as President of South Africa. Why, you may ask yourself? By doing so, Zuma will remain in control of the ANC and the state through his ex-wife, in order to avoid prosecution for still pending criminal charges, charges that cannot be brought upon him due to his Presidential immunity that is due to expire in a year or so.

Althought a very popular leader in the first years of his Presidency, Zuma has recently came under pressure from both his own party and the opposition due to improper cabinet reshuffles, alleged corrupt relationships with the Gupta family, promoting marital infidelity in the strike contrast with the government’s AIDS programme and scandalous public declarations that triggered a wave of hate speech and opression against the white minority in South Africa.

All of these moves clearly show that the Presidency of Jacob Zuma follows a pre-designed pattern of accaparating wealth and power through illicit means, at the detriment of the same people that voted him into power. Althought still influencial regarding his political status, Zuma has recently came under fire from his own party and massive protests have sprunged in South Africa, calling for his removal from office – on the 7th of April 2017, 60.000 protesters took to the streets to call out for Zuma’s resignal. While the street pressure might force normal politicians to act accordingly, Zuma’s response to all of the scandals regarding his own persona was and still is to incide hatred between the various minorities and the black majority in South Africa, hoping to change the paradigm towards his own liking by using tactics that feed on the emotions of the people.

The recent events that transpired in the South African Parliament – a call to change the constitution in order to allow the expropriation of white owned land without compensation – solidifies the fact that Jacob Zuma follows a populist agenda in order to consolidate his own power. While this move might seem like a desperate attempt at garnering electoral support from the black majority in South Africa, after the ANC suffered its worst election results last August since the end of the Apartheid, the fact of the matter is that this decision will only fracture the South African society even further. With cities such as Johannesburg, the capital Pretoria and the coastal city of Port Elizabeth falling to the moderate Democratic Alliance party, which already held the city of Cape Town, the ANC is suffering from blow after blow and the electorate is finally opening its eyes to the rampant corruption that has engulfed the most important political party in the country.

The future of South Africa looks grim – its economy is failing, the infrastructure is crumbling, the people have no job prospects and last but not least hatred is cultivated between the people. If something does not happen fast, the social stability of the South African state is put into question – how can a country survive when the population has no one to look up to? How can people co-exist if the President himself calls for the killing of the white minority? How can everybody move past the hurtful times represented by the Apartheid, if the people in power call for massive land reforms that would esentially destroy the Boers and their farms?

The future looks grim, yet Jacob Zuma sees nothing but his own ego.