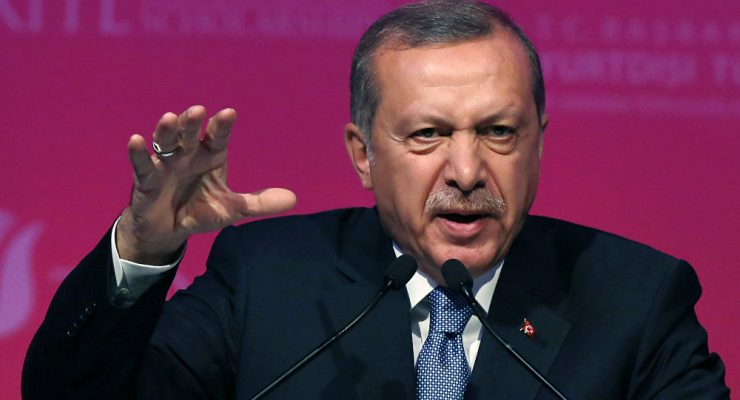 Seen by mostly everyone as one of the countries that would join the European Union in the next rounds of invitations, the Republic of Turkey has underwent some drastic changes in the last year, both socially and politically. From the massive migration wave caused by the Syrian Civil War – that has brought more than 2 million Syrian refugees in Turkey – to the coup orchestrated against Erdogan’s cabinet last summer, the Turkish people are slowly drifting away from Europe and NATO, leaving unending questions to be answered regarding the geopolitical stability of this volatile region.

Although a secular country, founded on the principles of separation of power between the state and the religion, Turkey has slowly moved away from the teachings of Kemal Ataturk, its founding father. Fuelled by a populist and nationalistic surge, the Turkish Government has been using religion as a factor of a so-called unification of the people against a common enemy – in this case, the enemy being whoever opposes President Tayyip Erdoğan’s personal agenda. While this has been going around for many, many years already, the recent drastic measures undertaken by Erdogan clearly show that the Neo-Ottoman spirit has awaken at last, leaving Europe and NATO in a complete state of disarray. 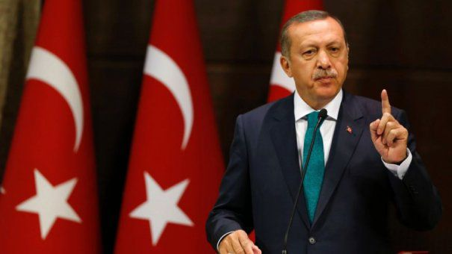 “Germany, you have no relation whatsoever to democracy and you should know that your current actions are no different to those of the Nazi period” – Tayyip Erdogan

President Tayyip Erdogan is no stranger to holding immense power in the Turkish political system. A former Prime Minister from 2003 to 2014, Erdogan has been elected as President in the 2014 elections, making him the de facto leader of Turkey for more than 14 consecutive years. A staunch supporter of traditionalism and of the nature of Islam in the Turkish society, Erdogan has positioned himself as the most prominent political leader in his country. Although heavily criticised by the opposition, he has ruled with an iron fist and he is generally well supported by the population, mainly because of his nationalistic stance and fervour in making Turkey one of the most powerful nations in the region. His recent actions – such as the proposed referendum to amend the Constitution, a move that will make him eligible to serve for up to 10 years – are clear signs of power consolidation. No less, the Turkish adore him, for they see in him a strong willed person that might lead them to a new age of prosperity and well-being.

“There is no moderate or immoderate Islam. Islam is Islam and that’s it” – Tayyip Erdogan

The recent proposal to amend the Turkish Constitution and to basically change the status of the Republic to a Presidential one, giving Erdogan massive powers in redacting or proposing laws or executive orders without the approval of the Parliament, will essentially turn Turkey into a playground for President Tayyip’s aspirations of reforming the once great Ottoman Empire. Although it can be stated that Turkey underwent massive democratic reforms under Erdogan’s rule as Prime Minister, making it one of the most powerful economic and militarized countries in Europe and Asia, the democratic approach has been all but put aside, leaving ground to the radicalization of the general population. The local imams, although powerless at the state level, have been using their massive influence on the Turkish civilian and military cores, acting as an extension of Erdogan’s will – this has been seen during the coup last year, when the imams called for the defence of Erdogan’s cabinet against the “barbaric army”, leading to the decapitation of several soldiers in different cities in Turkey. Even today, the imams are directing the general populace to vote “Yes” for the Referendum, feeding on the masses of uneducated and illiterate people that scour the country (outside of Anatolia).

The implications of the coup orchestrated against Erdogan last year are many, and we may never find out the real truth behind the event. Whilst Erdogan himself accuses his former colleague and collaborator, the Islamist preacher and philanthropist Fehtulah Gulen, of planning the whole thing, the recent purges in the state apparatus and the army can be seen as a form of power consolidation and general scaremongering. First off, we must understand that the changes in Turkey have been put in motion for more than 20 years, ever since Gulen and Erdogan decided to purge the powerful Kemalist faction that opposed the Islamization of the country. Slowly, but steadily, state officials and the Army officer corps have been either discharged or sentenced to jail wrongfully – only to be replaced by puppets put in place by Erdogan’s party AKP or Gulen’s shadow Islamist government. Over the years, the Kemalists, the true defenders of the secularity of Turkey, have all but disappeared from official state positions, leaving behind a fractured Republic that would eventually succumb to the false promises of religion fervour. 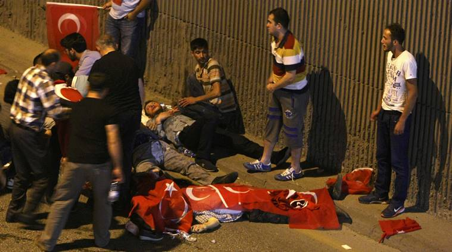 The coup, although unsuccessful, has managed to drastically change the course of the Turkish Republic – allowing Erdogan to roam free with his changes, without having any opposition from the political parties or the general population. Seen as a liberator and defender of Turkish faith, Erdogan has positioned himself on a pedestal. By accusing his former friend Gulen of actively trying to undermine the Turkish state apparatus, Erdogan has effectively purged thousands of state officials and army officers without having to face any consequence, replacing them with loyal cronies. The recent cracks on the media and the educational institutions have shown that there’s a clear agenda behind these moves – the consolidation of power before changing the Turkish Constitution by a Referendum.

The void left behind by Turkey’s implications will be drastic. Having the second largest army in NATO, Turkey has been a central figurehead in the defensive organisation, acting as the de facto most powerful deterrent to Russia’s ambitions in the Black Sea region. With the recent expulsion of American forces from the Icirlick Air Base, the relations between NATO and Turkey have gone completely cold, leaving behind a geopolitical fracture that will impact the whole of Europe.

After the incident between the Turkish and Russian Air Force last year, in which a Russian Military Airplane was downed by Turkish F-16’s, most if not all analysts actively said that there’s no reason to worry about a potential shift in relations between Turkey and Russia. This, however, has been proven completely false, seeing that Putin and Erdogan have made ample steps in collaboration between armed forces and information sharing, going as far as Putin personally calling Erdogan and warning him of the possibility of a coup starting in Turkey, last year. The recent developments clearly show that Russia has been making marginal efforts in undermining American influence in Turkey – and even succeeding in many cases.

The recent Syrian ceasefire signed between Russia, Syria and Turkey have clearly shown that co-operation between these countries have reached a new high. From an openly aggressive stance towards Syria, Erdogan has shifted the board in support for his new-found allies – going as far as saying that “Syria’s future is deeply tied with President Bashar Al-Assad”. The recent developments on the ground clearly show that the Turkish army is openly cooperating with their Russian and Syrian counterparts – although not directly – against their fight with ISIS. It might not seem as much, but giving the fact that up until a few months ago Turkey was planning an invasion on Syria, one can clearly see the complete 180 turn undertaken by Erdogan when it comes to foreign policy. 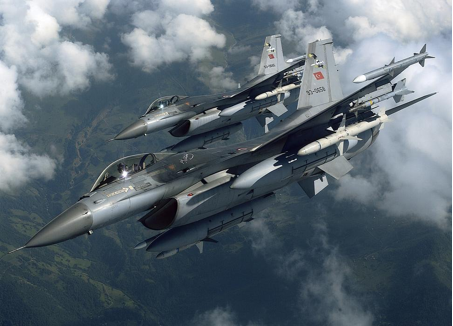 The recent events have clearly shown us that Turkey is slowly distancing itself from the EU and NATO, whilst forging closer ties with Russia and China. This will not only completely change the power balance in the region, but will also leave the EU and NATO with a huge gap to fill in order to secure their eastern flanks. While many things can happen in the near future, one thing is for sure – Erdogan has masterfully played his cards at two tables simultaneously.

One question stands – will the Turkish people support Erdogan in his goal to completely change the face of the country? Will they vote “Yes” in a Referendum that will make Erdogan the new “Sultan” of the East? The psychology of the Turkish population when it comes to their leaders inclines to make us believe that Erdogan will not only succeed in his mission, but he will also manage to mobilize the Turkish population and diaspora in a common front against the “barbaric and fascist” EU. The future is full of surprizes, yet Turkey remains a true dilemma – a perpetual state of contradictions and indecisions between the pro-European secular identity and the pro-Islamist nationalistic veil.