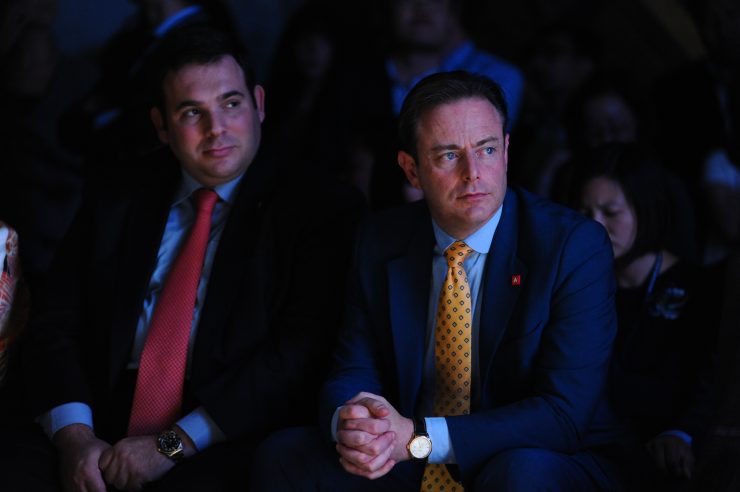 The former CEO of AWDC, Freddy Hanard was heard by the Parliamentary Inquiry Commission on 23 March 2017. As revealed by OSI, he chose to mock and defy the Belgian MPs. And in some ways he was wright. Freddy Hanard was the CEO of the AWDC from May 2006 to December 2010. He was running the AWDC when Raf Verstraten wrote the settlement bill and he personally discussed the bill with the representatives of the Antwerp Prosecutor’s Office. But Hanard was no longer AWDC’s CEO in 2011 when the bill was introduced in the House of Representatives, when AWDC lawyers (impersonating “external experts”) lobbied for the law in the Senate, when the bill was passed by the Parliament. By then, Ari Epstein was already running the AWDC.

We know now that the so-called Kazakhgate was in fact a Diamondgate:  the settlement law was drafted by the AWDC for the benefit of the diamond dealers involved in fraud investigations. However, the parliamentary inquiry commission hasn’t interviewed the current CEO of AWDC. And it is likely that he will never be summoned by the commission. Ari Epstein is Bart De Wever’s close friend, and Bart De Wever is both the leader of N-VA, the largest party in the Belgium’s parliament, and the diamond lobby’s darling.

On 14 October 2014, AWDC hosted a glamorous event in Shanghai: The Antwerp Diamond Night. During a fashion show, jewels and diamonds from Antwerp were showcased to Chinese VIPs, jewellers and retailers. The AWDC exclusive event was officially opened by the Mayor of Antwerp, Bart De Wever, who enjoyed the fashion show afterwards, sitting right near Ari Epstein. 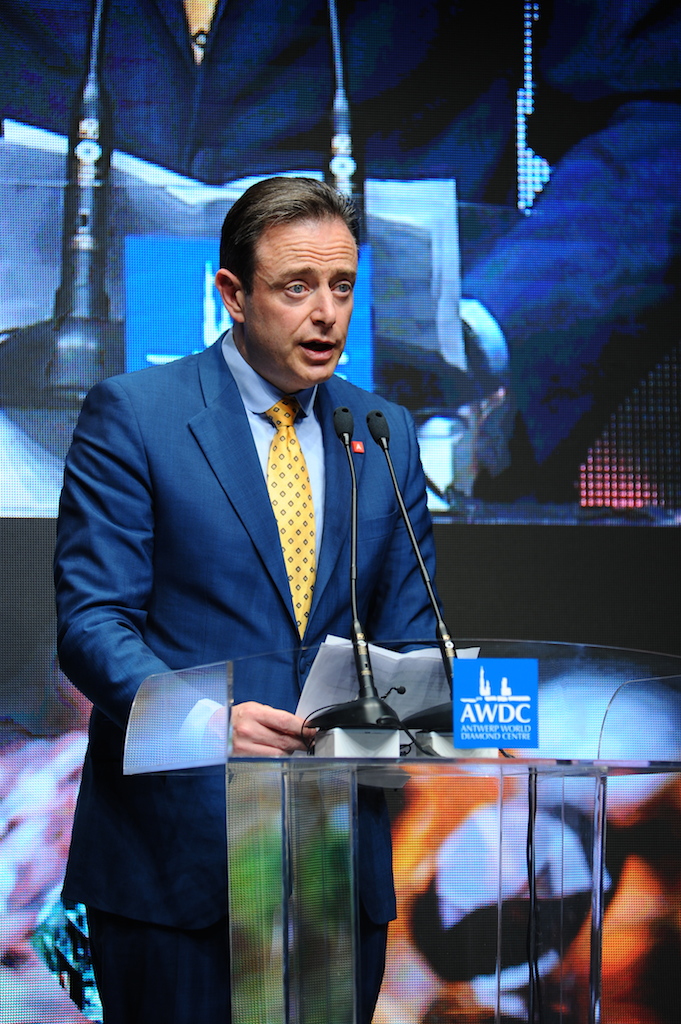 What was Bart De Wever doing at a networking event organized by AWDC in China? He was promoting the interests of the Antwerp diamond sector. In fact the event was part of a mission to Shanghai and Singapore organized by the City of Antwerp together with AWDC and headed by Mayor Bart De Wever.

It was, AWDC said in a press release, the start of a “unique collaboration:” the Mayor of Antwerp officially became a key part of the lobbying apparatus of the diamond traders. In June 2016, Mayor Bart De Wever and AWDC’s CEO Ari Epstein launched a new campaign aiming to reinvigorate the reputation of the Antwerp diamond traders: a festive diamond themed period, starting October 2017. The slogan of the campaign, organized by the City of Antwerp in collaboration with AWDC, is “Diamonds and Antwerp, it’s in our DNA,” announced De Wever. 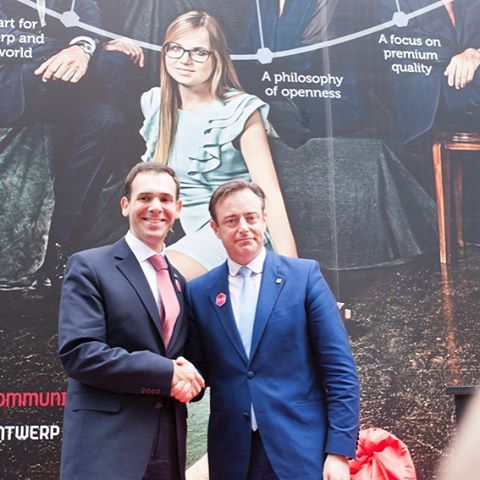 In December 2016, the City of Antwerp and AWDC organized a mission to Seoul and Shanghai. In China, the Mayor of Antwerp inaugurated a Centre of Excellence of the Diamond High Council (a wholly owned subsidiary of AWDC).  http://www.gva.be/ In South Korea, Bart De Wever launched Ari Epstein’s book on diet, sharing his own experience in losing weight. 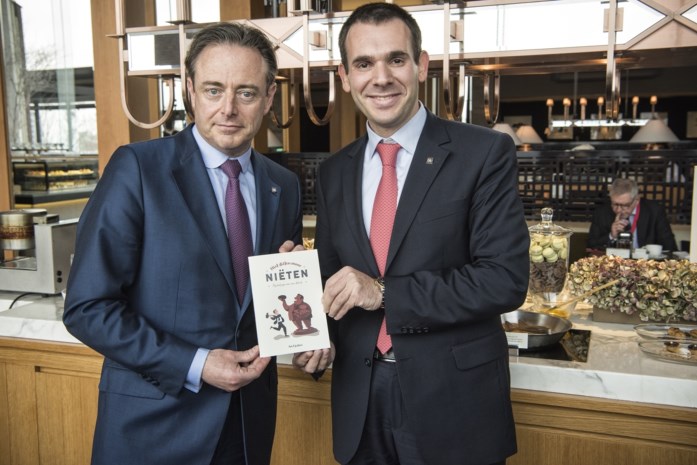 The lobbyist and the politician: two successful stories

In October 2007, the then Mayor of Antwerp Patrick Janssens (SP.A) apologized to the Jewish community for the involvement of the Antwerp city council in the persecution of the Jews during the Second World War. Bart De Wever criticized Janssens’s statement, calling the apology “needless.” He offered his excuses to the Antwerp Jewish community couple of days later during a meeting with the Forum of Jewish Organizations. The Forum was represented by Ari Epstein.

At that time, Epstein was director of AWDC’s diamond office. In 2009, he became Deputy CEO and two year later, in January 2011, he succeeded Freddy Hanard as CEO of AWDC. Ari Epstein rapidly became the most successful lobbyist in Belgium. Registered as a lobbyist at the European Parliament, Ari Epstein was crucial in having the EU imposed sanctions on Zimbabwe lifted in September 2013, regardless of the human rights abuses and corruption of the Mugabe regime. It was also him who, in 2014, assisted Cote d’Ivoire on resuming diamond trade after eleven years of UN imposed sanctions. http://www.opensourceinvestigations.com/

Bart De Wever has been president of the The New Flemish Alliance (N-VA), a regionalist and separatist Flemish party, since 2004. Under his presidency N-VA gained around 20% of the overall vote during federal elections held in May 2014, becoming the largest party in Belgium and the main party in the ruling coalition. In October 2012, De Wever was elected Mayor of Antwerp, after serving for five years as a representative in the Federal Parliament.

De Wever’s and Epstein’s successful stories are linked. In 2008, Bart De Wever co-sponsored the AWDC bill meant to block law enforcement from confiscating illegal diamonds. http://www.opensourceinvestigations.com/ Two years later, in 2010, we was one of the founding members of the Diamond Club, the parliamentary arm of the AWDC that pushed for the law regarding the enlarged transactions. http://www.opensourceinvestigations.com/

In April 2014, Finance Minister Koen Geens proposed a special tax regime for the diamond traders, the carat tax, in fact an identical copy of a Masterplan proposed by the AWDC back in 2012.  In the midst of the debate, Bart De Wever announced his unconditional support for Geens’ proposal: “It would be a good thing. The diamond sector needs stability and clarity. We want a reasonable tax.” The largest party in the majority formed after the 2014 federal elections, NVA pushed for the approval of the special tax regime in 2016.

It’s not only De Wever, it’s the NVA

Bart De Wever is not the only N-VA politician that supports AWDC’s PR campaigns. The whole party appears to be associated with the diamond lobby.

Geert Bourgeois, for example, is N-VA’s founder and former president. He is currently the Minister-President of Flanders (head of the Flemish Government). But he is also a diamond politician. From Antwerp to Singapore or Davos, Bourgeois is always next to Ari Epstein, sending a clear message to Belgium and to the world: Flemish politicians promote AWDC’s interests. 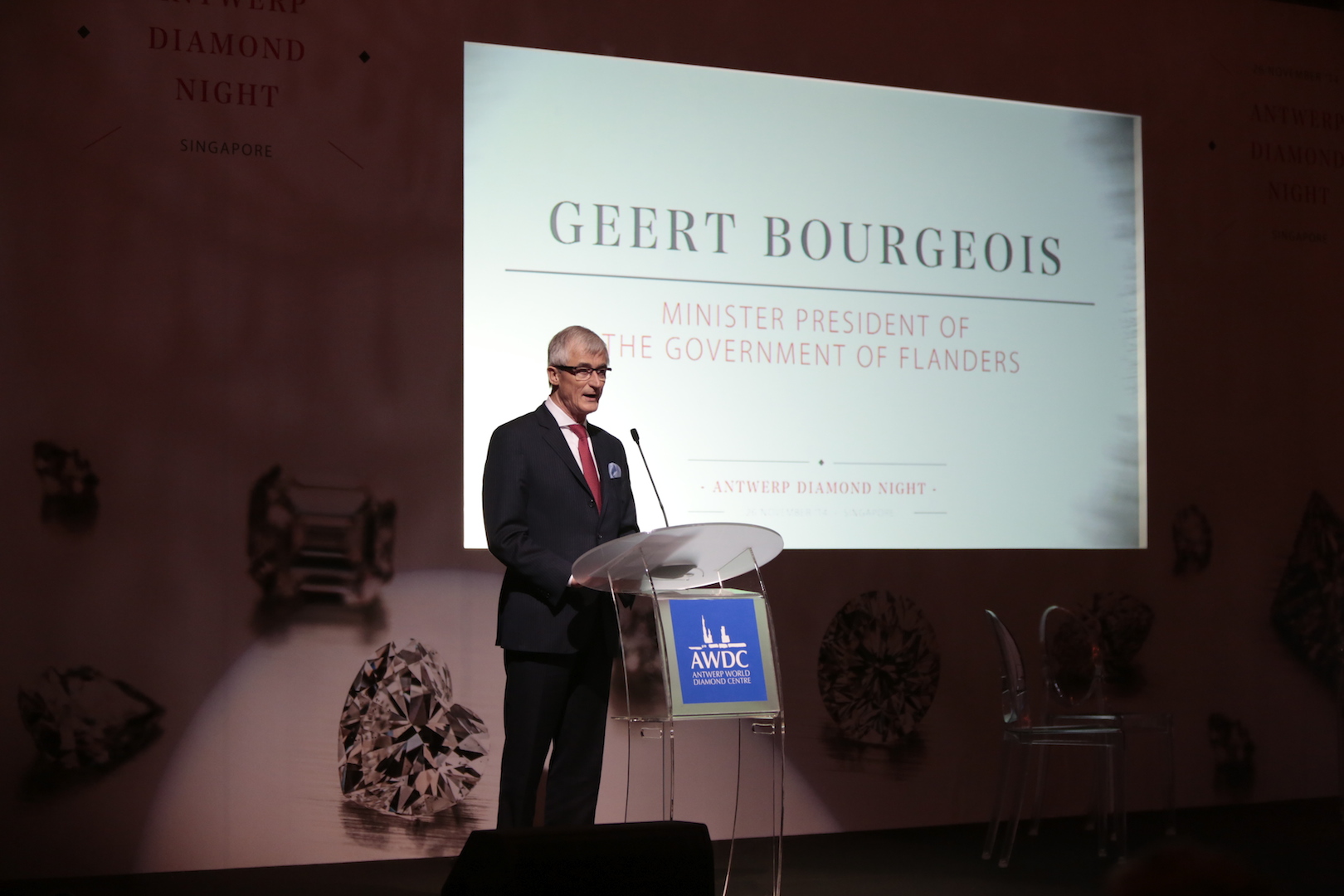 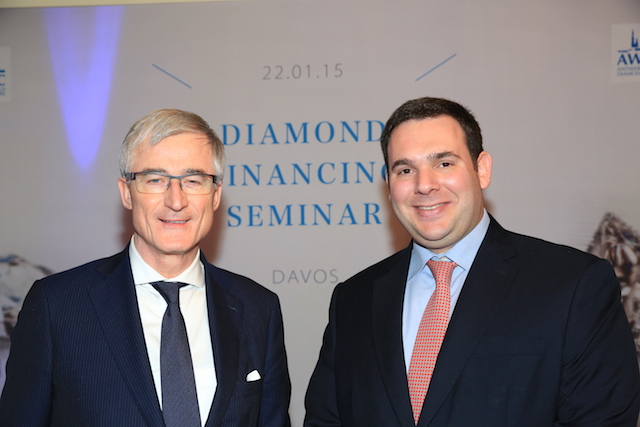 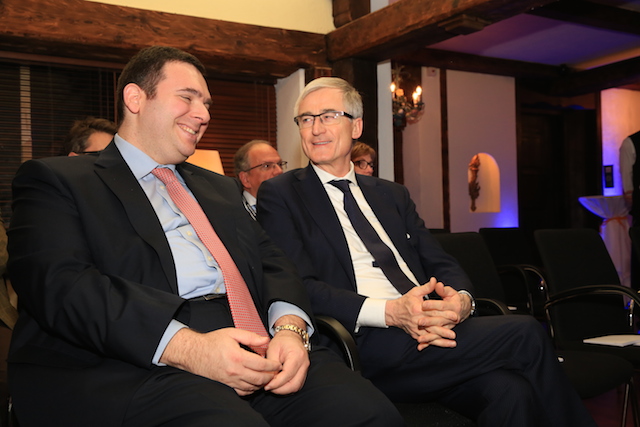