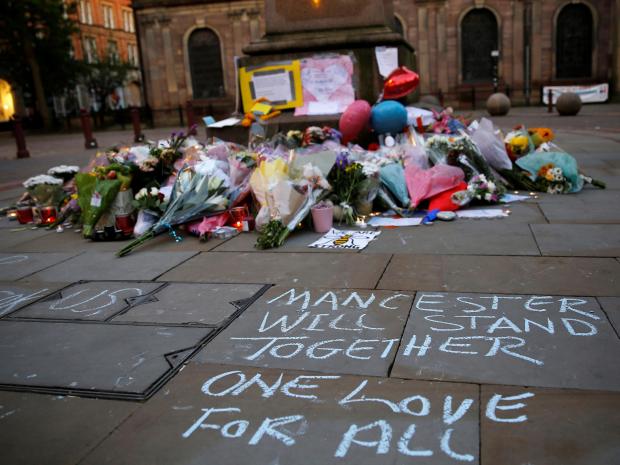 The city of Manchester was hit by a gruesome terrorist attack that targeted a largely popular venue – the Manchester Arena – where fans were leaving an Ariana Grande concert. The attack, orchestrated by the now named British-Libyan national Salman Abedi, aged 22, killed 22 people including children and injured more than fifty-nine others. It is the worst terror attack in the UK since 56 people were killed in the 7 July London bombings in 2005.

ISIS has since claimed responsibility for the attack, hailing a “soldier of the caliphate” for his actions against the “followers of the cross”. The terrorist group has been periodically releasing detailed guidance on how to carry out terrorist attacks on “disbelievers” in countries targeting its militants in Syria and Iraq – the most recent edition of its “Rumiyah” propaganda magazine listed concert halls among “ideal target locations” for attacks.

So, the questions that stand up the most is how could this happen in one of the most surveilled countries on the planet and why wasn’t the suspect apprehended prior to the attack, given that he was on a governmental watch-list for possible terror activities? More so, how was Salman Abedi able to construct an improvised explosive without any help given to him (the explosive device used homemade triacetone triperoxide – or TATP – the same formula used in the Paris and Brussels attacks) and how did he manage to conduct his terrorist activities at an allegedly secured venue that was packet with over 20.000 people that were attending a concert?

Reports have emerged showing that the attack was announced on Twitter a few hours before it happened – the tweet has since been removed, yet the screen captures of the message were posted on online boards in the aftermath of the terrorist attack. 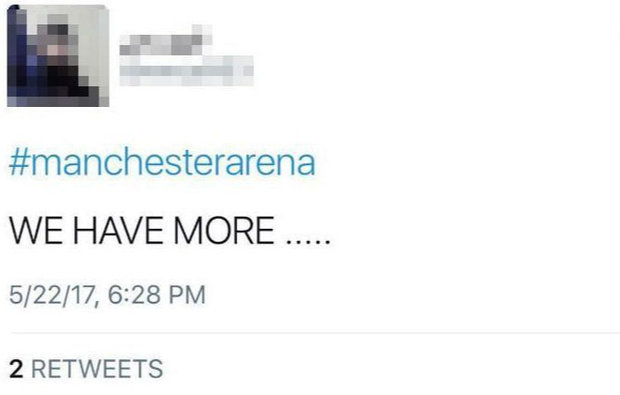 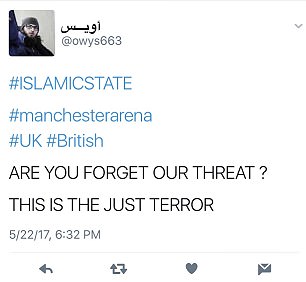 This whole situation is dire indeed, as it shows the inability of the British security apparatus to apprehend dangerous individuals that were supposedly known to the authorities beforehand. A report came out of the US that the bomber’s family warned the UK authorities that he was predisposed to commit acts of terror and the British Home Office has said so far that the security services knew of Salman Abedi “up to a point”. In the meanwhile, Manchester Police believes that the bomb maker is still at large, confirming thus that the whole attack was orchestrated by an established Islamic network, not by a “lone-wolf”. Security services think Salman Abedi may have been a “mule” for a bomb made by someone else, with BBC’s security correspondent, Frank Gardner, commenting: “This was too sophisticated a device for one man, particularly this individual, Salman Abedi, to have put together himself. Ergo, somebody did it for him, in other words he was the mule carrying a device built by somebody else”.

While everybody mourns the tremendous tragedy that was inflicted upon the British citizens, security in the Kingdom has tightened up – more than 900 soldiers have been deployed on the streets of London and Manchester and a state-of-emergency has been declared by the Prime Minister, with some members of the security apparatus fearing another attack is “imminent”.

The following days will be critical as more and more people are questioning the Government’s line of thought when it comes to counter-terrorist activities and immigration policies. Albeit a rather secured country, compared to France or Belgium, the UK is now faced with a huge problem that might not only completely change the way things are done in regards to preventing future acts of terror, but also further polarize the already existing frictions between the Muslim minority and the rest of the British population. While hope is the only thing to strive for, the British might soon find out that anger is an option as well – let’s just pray that this is not the case.