Home
Corruption
How powerful is the Antwerp Diamond Lobby?

How powerful is the Antwerp Diamond Lobby? 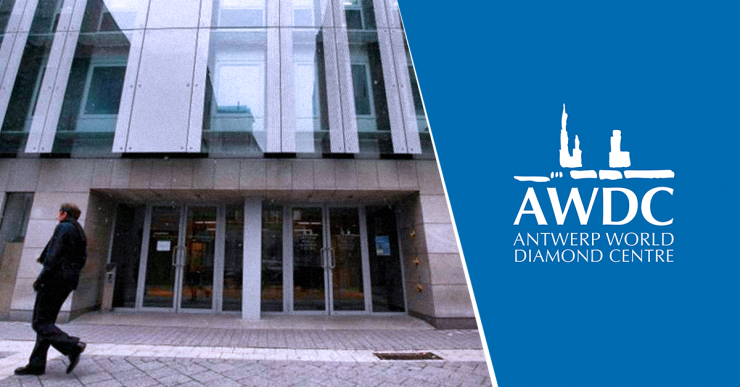 „I made a commitment to the Zimbabwean minister of Mines to help lift the European Union sanctions on Zimbabwe Mining Development Corporation and I worked extremely hard to keep these promises”. As strange as it may seem, it was not a government official or a politician who made that statement. It was Antwerp World Diamond Centre’s chief executive officer Ari Epstein.

AWDC’s CEO was addressing Zimbabwe Parliament in March 2014. And he was telling the truth. AWDC, a business association representing Antwerp’s diamond industry, was crucial in having the EU imposed sanctions on Zimbabwe lifted.

AWDC is the most powerful lobby group in Belgium. It was them who successfully lobbied on behalf of Mugabe regime. It was them who, in 2014, assisted Cote d’Ivoire on resuming diamond trade. It was them who, back in 2011, wrote and pushed for the Belgian reform of the Code of Criminal Procedure, extending the scope of judicial transactions.

Antwerp World Diamond Centre (AWDC) pushed for the sanctions imposed on Zimbabwe by the European Union to be removed, regardless of the human rights abuses and corruption of the Mugabe regime. Zimbabwe is the world’s fifth largest producer of diamonds and AWDC is the main hub of Europe’s diamond trading sector.

One of the entities placed on the European Union’s sanctions list, state-owned Zimbabwe Mining Development Corporation (ZMDC) operates several joint-venture mines in Marange fields (eastern Zimbabwe), home to one of the world’s richest but also controversial diamond mining areas. More than 200 people were massacred in Marange in 2008, when the military cleared the area and took control over the diamond fields. Helicopter gunships opened fire on the freelance miners, whose bodies were later dumped in mass graves. In 2011, a torture camp for miners run by Zimbabwe’s security forces was discovered in Marange. Human Rights Watch and Global Witness published detailed evidence indicating that miners in Marange are mauled by dogs and beaten by private security officers.

Revenues from ZMDC’s diamond ventures are siphoned off by President Mugabe’s ruling party ZANU-PF and the military. Ordinary Zimbabweans have never benefitted from the discovery of the diamonds fields. 93-year old Robert Mugabe, who will celebrate 30 years in office in 2017, runs a despotic and corrupt regime. As revealed by OSI, three-quarters of Zimbabwe’s population live below the poverty line. Minimum wages start at $26 a month. Chronic food shortages and malnutrition are widespread. ( http://www.opensourceinvestigations.com/)

AWDC’s lobbying campaign started in 2010. In November 2010, barely two years after the Marange massacre, a large delegation from the AWDC toured the Zimbabwean diamond mines. The delegation comprises executives representing more than 20 Antwerp-based diamond companies, including highly controversial Rosy Blue or Omega Diamonds. It was a so-called “high-level fact-finding mission”. Not surprisingly AWDC gave a glowing appraisal of the situation.

In February 2013, Belgium became the first European Union member to request the diamond sanctions on Zimbabwe be lifted. Belgian minister of Foreign Affairs Didier Reynders (Mouvement Réformateur – MR) asked his colleagues in the EU to take ZMDC off the sanctions list. The pretext: Zimbabwe 2013 general election. A positive signal to Mugabe regime, Reynders argued, would encourage a fair vote. Echoing AWDC’s appraisal, Belgian Foreign Minister claimed the situation in Marange diamond mines has completely changed. Not only the sanctions against ZMDC were no longer justified, but they were “counter-productive” by diverting diamonds to less transparent markets.

In July 2013, Mugabe was re-elected for a seventh term as President and his party won a two-thirds majority in the Parliament in an election marred by violence and vote-rigging. International observers noted serious irregularities, the US and UK said the results were not credible and asked for an investigation, and Zimbabwean oppositions called the vote a fraud.

Prime Minister Elio Di Rupo (Parti Socialiste – PS) and his government ignored the evidence linking ZMDC to Mugabe’s corrupt regime and offered a completely different assessment of the Zimbabwe’s flawed elections. AWDC’s supporters in Belgian politics argued that Mugabe regime has met all the conditions the EU was demanding.

Facing mounting pressure from Belgium, the EU revoked all sanctions against the ZMDC in September 2013.

Mugabe knew exactly who to thank for the EU decision. In November 2013, AWDC was already hosting a Zimbabwean delegation in Antwerp. “You are now part of the diamond trading family,” AWDC’s CEO Ari Epstein told Mugabe’s representatives. A first auction of Marange diamonds was conducted at Antwerp in December 2013.

The relationship between AWDC and the Mugabe regime remained special. In April 2011, Grace Mugabe was refused a visa to attend the European Union – African Union summit in Brussels. Robert Mugabe didn’t blame the EU or the Belgian Government. The dictator said AWDC should have fought for his wife’s visa.

AWDC is the most powerful lobby group in Belgium. The Antwerp diamond traders are also very self-important. It was them who successfully lobbied on behalf of Mugabe regime and they told Zimbabwean MPs about their “extremely hard work”. It was them who, in 2014, assisted Cote d’Ivoire on resuming diamond trade after eleven years of UN imposed sanctions and they bragged about it.

It was them who, back in 2011, wrote and pushed for the Belgian reform of the Code of Criminal Procedure, extending the scope of judicial transactions. And again, they publicly congratulated themselves, issuing a statement on the “substantial contribution in the creation of new legislation extending the possibilities to conclude an amicable settlement.” (http://www.opensourceinvestigations.com/)