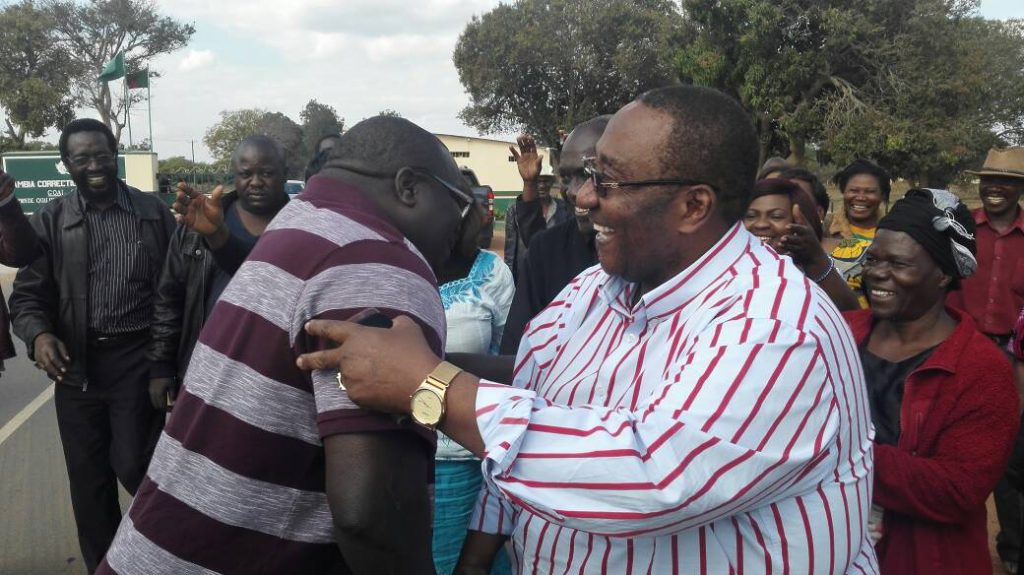 Kambwili, GBM, Chikwanda: a group that thought they could own Zambia’s ruling party. They have called themselves “the Sata network”, “the Northern circuit”, “the genuine PF”, They sought to impose their hegemony within the Patriotic Front. With GBM openly fighting Edgar Lungu, the rest of the group started a campaign against President, using the FQM-ZCCM settlement as a pretext. Expelling Chishimba Kambwili was indeed a move to push back against a group that has been mounting a rebellion within the party. But was it decisive? Has President Lungu really stabilized the situation?

A network of patronage, influence and power

In 2011, after Michael Sata’s victory in the general election, Chishimba Kambwili, Geoffrey Bwalya Mwamba (commonly known as GBM) and Alexander Chikwanda were appointed ministers in the first Patriotic Front Cabinet. They received three of the most important portfolios: Kambwili – Foreign Affairs, GBM – Defence, and Chikwanda – Finance. And although Sata tried to limit their influence, moving Kambwili to the Ministry of Youth and Sport and forcing GBM to resign from his ministerial position, they managed to maintain their strong position within the party structure.

They were very close, treating each other as family. (In July 2012, for example, Chikwanda accompanied Mwamba’s family to London to attend a graduation ceremony of GBM’s son.) Seeking to entrench their hegemony within the ruling party, they created a network of patronage within the party, with various branches reporting directly to them. Kambwili and GBM considered themselves masters of the PF in the Copperbelt, able to deny party access in that region to anyone, including the President.

In late 2013 and 2014, the group engaged in a fierce battle over the potential succession to the party leadership and national presidency which heightened factionalism within the PF.

As doubts grew over Sata’s health, the factional rivalries intensified. Two clear factions emerged from the infighting. One was the cartel, a group of businessmen and public figures, the most prominent of whom was PF secretary general and justice minister Wynter Kabimba. Opposing the cartel was the group led by Chikwanda, Mwamba and Kambwili.

In July 2014, Zambia President Sata sacked Wynter Kabimba as Justice Minister and secretary-general of the Patriotic Front. In the meantime, Michael Stata tried to prevent tribal disputes, dismissing Chikwanda’s, GBM’s and Kambwili’s presidential ambition. President Sata resolved the issue of his succession, appointing Edgar Lungu as PF secretary general in August 2014, and acting president of Zambia when he left country for medical treatment in October.

Kambwili and GBM joined the cartel

On 28 October 2014, Zambia’s President Michael Sata passed away at a London Hospital. Although Sata planned for a smooth presidential succession, the fight for power erupted, with the Cartel-backed faction trying to remove Edgar Lungu from party leadership. Still eyeing the PF presidency, GBM and Kambwili shifted ground, joining the cartel. On 21 November 2014, Kambwili and GBM accused Lungu’s supporters within the PF Central Committee of “illegal activities” and “gross misconduct”.

But the party members had already understood Sata’s message, and the PF cadres backed Lungu. Upset by the defiance of grassroots PF members’ endorsement for Lungu, hundreds of party cadres stormed the Cabinet office on 13 November 2014.

Refusing to drop his presidential ambitions, Mwamba was expelled from PF in March 2015. Kambwili, on his part, changed sides again. Hours after announcing his intention to petition the courts to stop Lungu from assuming the role of president, he lashed on Edgar Lungu’s adversaries, blaming them for destroying the Patriotic Front.

Both Chikwanda and Kambwili thought they could manipulate Lungu. When they realised that the president has his own agenda, they became increasingly vocal, insisting behind the scenes that the ruling party belongs to them and they want to take it back. But the truth is they have never owned PF. By expelling Kambwili, Lungu sent a very strong message to Chikwanda and the rest of his group: “You could be next”.