How Propaganda Works: The First Kazakhgate 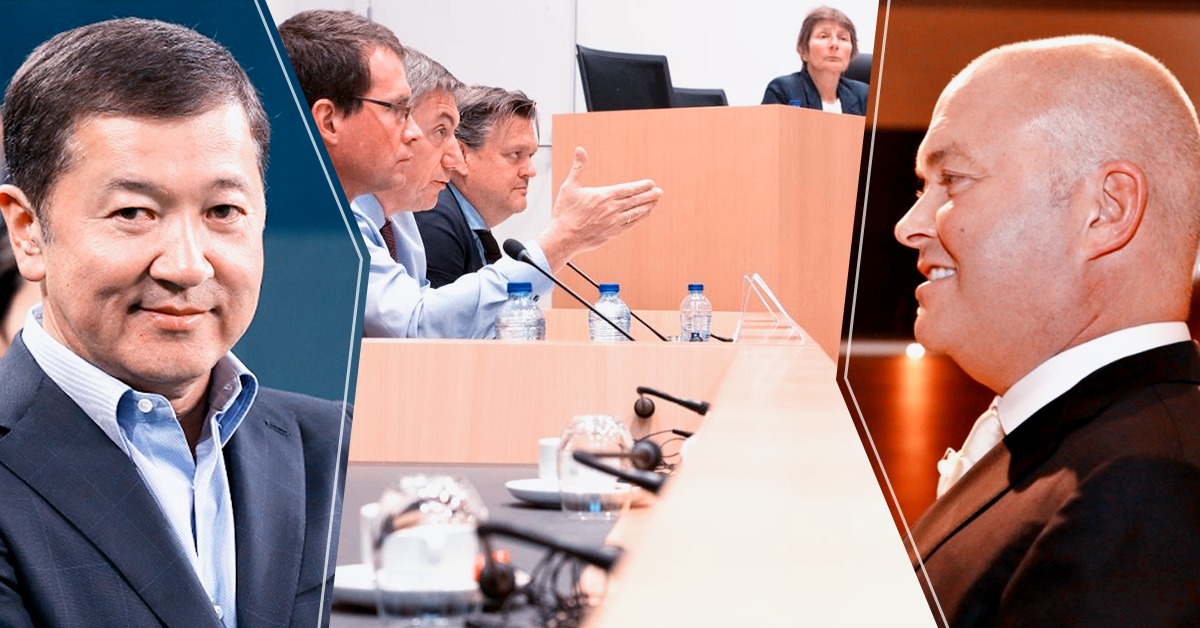 The five men were there to develop a plan to take over Tractebel’s business in Kazakhstan. Tractebel, a Belgian power company, recently entered the Kazakhstani market, where it created a joint venture, Almaty Power, together with three oligarchs, also close to President Nazarbayev: Patokh Chodiev, Alijan Ibragimov and Alexander Mashkevitch (known as the Trio). Tractebel owned 55% of Almaty Power, while the Trio owned the remaining 45%.

For Utemuratov and Lutchansky to grab Almaty Power, they needed the services of Eric van de Weghe, whose job was to recruit Belgian journalists who would create a negative campaign against the Trio. Chodiev, Ibragimov and Mashkevitch were to be presented as connected to the Russian Mafia, and as being investigated by the Belgian authorities.

Van de Weghe was to provide the journalists with documents and information necessary for them to put the Trio in a bad light. Utemuratov would then use the press articles in Belgium to try to persuade Nazarbayev to confiscate the Trio’s part in Almaty Power and to give it to Utemuratov himself, or to his business partner, Gregory Lutchansky.

The plan was specifically designed to serve the interests of Utemuratov and Lutchansky. If successful, it would have allowed them to take over Almaty Power, and to get rid of some business rivals in Kazakhstan.

In 1992, Utemuratov became the General Director of Kazakhstan Trading House in Austria. His job was to persuade Austrian officials to open a credit line for the newly independent Kazakhstan. The trading house’s office was situated in the building of an Austrian company, Nordex, led by Gregory Lutchansky. Nordex was in fact a front for the Russian Mafia, who used it to launder its money. (Eventually, Lutchansky got banned from Austria and other Western countries, and he ended up as representative of the Russian giant Gazprom.)

Lutchansky set up a joint venture between “Kazakhstan Trading House Gmbh” and “Nordex Gmbh” in order to receive a fee for the implementation of the Austrian credit line for Kazakhstan.

Later, Utemuratov became Kazakhstan’s ambassador to Switzerland from 1996 to 1999. Using his contacts there, he made sure that documents allegedly proving that Tractebel paid 55 million dollars in “commissions” to the former Prime-Minister of Kazakhstan reached the office of a Geneva judge. From that moment on, a Swiss investigation began, which also spilled into Belgium: informed by their Swiss counterparts, Belgian prosecutors began investigating a possible case of money laundering – given that, according to the documents, part of the money illegally obtained by the Kazakhstani authorities was laundered in Belgium.

Allegedly, it was Chodiev, Ibragimov and Mashkevitch, all three of whom were already residing in Belgium, who bought Belgian properties for the former Kazakhstani Prime-Minister and his wife, thus helping them to launder the money received from Tractebel to allow the creation of Almaty Power.

With a judicial inquiry already underway in both Switzerland and Belgium, Utemuratov was in the possession of at least some documents to use against the Trio. However, in order to use these documents, he needed a Belgian with a good knowledge of the Belgian media. Eric Van de Weghe was this man.

If Utemuratov and Lutchansky were the Board of directors for this operation, Van de Weghe was its CEO. It was his job to recruit Belgian journalists and to organize the production of a scandal that would put the Trio out of business, or at least out of Almaty Power.

Van de Weghe was quite successful: in September 1999 he informed Lutchansky that negative articles on the Trio would be published in Belgium, specifically in Le Soir. According to Van de Weghe, Brewaeys promised to publish an article every other week.

Since Brewaeys is dead, OSI will say nothing about him. We will focus instead on Alain Lallemand, a prominent Belgian investigative journalist writing for Le Soir.

Lallemand published his first piece on the Trio on 27 December 1999. The article, titled “Tractebel: two billion in a mafia pipe-line,” describes the Trio as connected to the Russian Mafia, and presents the Swiss and Belgian judicial inquiries regarding Tractebel – just like Utemuratov, Lutchansky and Van de Weghe wanted. (see here: http://www.lesoir.be/archive/recup%3A%252Ftractebel-deux-milliards-dans-un-pipe-line-mafieux_t-19991227-Z0HNQ1.html)

The next day, on 28 December 1999, Lallemand publishes a new article, “Brussels prosecutor’s office investigates ‘Kazakhgate’”. He coins the name “Kazakhgate” for the Tractebel’s judicial inquiry (a name he’ll continue to use ever since), thus presenting the inquiry as something of great importance (something like a “Watergate”), and he also makes public for the first time the names of Chodiev, Ibragimov and Mashkevitch. As expected, he presents the Trio as connected to the Russian Mafia, following Van de Weghe’s guidelines. (see here: http://www.lesoir.be/archive/recup%3A%252Fle-parquet-de-bruxelles-enquete-kazakhgate-tractebel-co_t-19991228-Z0HNTZ.html)

One month later, on 26 January 2000, Lallemand comes with a new article, “Kazakh black money transferred to Tractebel,” where he changes the accusation: the Trio is no longer connected to the Russian Mafia, but to KGB. (see here: http://www.lesoir.be/archive/d-20000126-W2U1AL?referer=%2Farchives%2Frecherche%3Fdatefilter%3Danytime%26sort%3Ddate%2520asc%26word%3DTractebel%2520Chodiev)

Eventually, on 28 June 2000 Lallemand reports that Almaty Power went to Lutchansky (http://www.lesoir.be/archive/d-20000628-W2RVEL?referer=%2Farchives%2Frecherche%3Fdatefilter%3Danytime%26sort%3Ddate%2520asc%26word%3DTractebel%2520Chodiev). The plan did work, after all. Van de Weghe had every reason to be happy.

Lallemand will continue to write about the Trio, presenting it as connected to the Russian Mafia, or to KGB, or both. On 10 May 2001, he acknowledged that his source on “Kazakhgate” was Van de Weghe: “All the investigative journalists in the Kingdom had to attend both.Delilez and Van de Weghe, both of whom were pipelines of information.” (See here: http://www.lesoir.be/archive/recup%3A%252Fjustice-revelations-dans-le-dossier-du-policier-pierre-_t-20010510-Z0KFF1.html)

After almost 11 years of inquiry, in June 2011 Chodiev, Ibragimov and Mashkevitch entered into a settlement with the prosecutors in Brussels (see here for details: http://www.opensourceinvestigations.com/belgium/kazakhgate-patokh-chodievs-settlement/). Apparently, the “Kazakhgate” finally came to an end.

However, it did not. A new “Kazakhgate” scandal burst out in 2012, and then again in 2014, this time regarding the very settlement agreed between the Trio and the Belgian prosecutors. Apparently, someone in Kazakhstan was not happy with the Trio coming clean. Perhaps Utemuratov still holds a grudge against Chodiev, just like in 1999. Some say that behind this new “Kazakhgate” is one of Utemuratov’s pupils, Mukhtar Ablyazov (https://www.intelligenceonline.fr/renseignement-d-affaires/2017/05/10/kazakhgate–chodiev-enquete-sur-ses-accusateurs-belges,108232931-ART).

In any case, both Van de Weghe and Lallemand are active yet again. Lallemand keeps providing pieces of “investigative” journalism on the Trio. Everything looks exactly like the operation that took place between 1999 and 2000, with one important difference: this time, Belgian politicians are also involved. For Utemuratov and Lutchansky, this is far more than they hoped for in 1999, when they met in Paris.