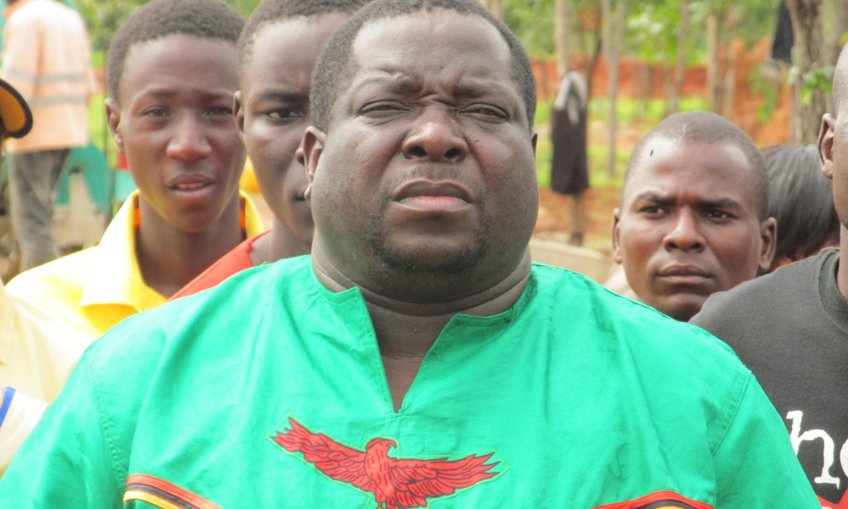 Chishimba Kambwili has confirmed OSI’s reports that he mounted a rebellion against President Edgar Lungu. Although tribal-motivated, the plot started with an attack on Lungu’s support of the mining sector. Both his tribal behaviour and anti-business rhetoric turned against Kambwili.

Kambwili: Lungu is facing a rebellion

In a series of investigative articles started back in June when Kambwili was still a member of PF Central Committee, OSI revealed that the former minister of Information delivered documents criticising the potential settlement between ZCCM and FQM to opposition media outlets. The aim was to fuel a major anti-Lungu campaign (http://www.opensourceinvestigations.com/).

As Kambwili’s faction within the PF fell into line following his removal from the party, the former Minister of Information chose to come out and publicly admit the plot: “Wait and see what will happen. The crack within Patriotic Front will be unstoppable. The original PF members are not happy. Everybody is not happy”.  According to Kambwili, President Lungu is facing a rebellion within his ruling party. Edgar Lungu must resign as leader of the Patriotic Front and make way for people from the so-called “genuine PF” to lead party.

Chishimba Kambwili has always been a tribal politician. He recently admitted that the plot to oust Lungu was tribal-motivated. On 9 August 2017, speaking in Monze where he went to apologise for his disparaging remarks about the Tongas, Kambwili accused President Lungu of hating Bemba people, a controversial accusation since Edgar Lungu speaks Bemba fluently, and is largely viewed as Bemba.

In Kambwili’s view, the Patriotic Front was built on ethnic lines. The Bemba group that consider themselves owners of the ruling party should not allow “Easterners” to take over the PF. The influential Bembas in the PF, Kambwili says, need to look at alternative leadership. Vice President Inonge Wina should step down and the position should go to a Bemba speaker. (At one point, Kambwili wanted the position for himself). A Bemba should be the party leader and presidential candidate in 2021.

But Chishimba Kambwili’s tribal remarks have turned Bembas against him. On 12 August 2017, Paramount chief of the Bemba people barred Kambwili from attending Ukusefya Pangw’ena traditional ceremony. The Bemba royal establishment blocked Kambwili because of his tribal and divisive behaviour.

Couple of days later, The House of Chiefs hailed Bembas’ decision. Blocking Kambwili from attending the ceremony, the House of Chiefs chief whip said, was a correct decision done in the interest of peace. The barring should serve as a wake-up call for all Zambian politicians.

Although tribal-motivated, Kambwili’s anti-Lungu campaign started as an anti-business issue. Kambwili used his populist tactics to attack Edgar Lungu on the grounds that President called for an out-of-court settlement in the case against the country’s biggest copper producer.

While President Lungu’s commitment to mining sector development is recognized on the international stage (https://www.miningreview.com/), Kambwili has been trying to position himself as a defender of the miners: “Miners will never see anything tangible under this administration of Edgar Lungu”, Kambwili claims.

But, just as with his tribal remarks, Kambwili’s anti-mining rhetoric is destined to fail. The former minister lacks any credibility and legitimacy. He used his government position to get lucrative contracts from mining companies (http://www.opensourceinvestigations.com/).

So far, Edgar Lungu has contained the rebellion. However, as Chishimba Kambwili himself recently admitted, the plot to oust Edgar Lungu was not a one man operation.  Kambwili’s tribal and anti-mining agenda could be taken over by his friends in the PF.