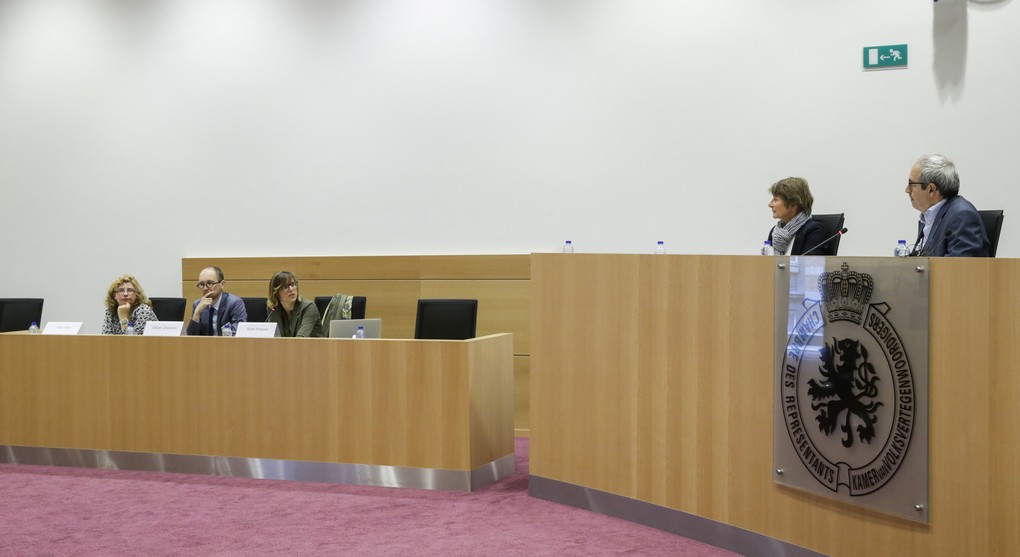 The experts of the Kazakhgate commission in the Belgian parliament delivered their preliminary report. Their findings and observations differ significantly from what the politicians told us so far. In short, the experts’ conclusion is this: there never was any Kazakhgate.

What the experts say

The preliminary report written by the experts working for the Kazakhgate commission has three clear conclusions, all of them different from what Georges Gilkinet, the commission’s vice-president, repeatedly told the media in the last couple of years. Here are the experts’ conclusions. (http://www.lalibre.be/actu/politique-belge/les-experts-de-la-commission-kazakhgate-taclent-la-surete-de-l-etat-59c54b3dcd70a8c26d191045)

This part of the report was written by Patrick Waeterinckx, an expert in criminal law. He mentions nothing about any foreign intervention in drafting and adopting the settlement law in April 2011.

This totally busts the widespread myth according to which France intervened on behalf of Kazakhstan in the internal affairs of Belgium, by plotting to change the Belgian Criminal Code in order to favor the famous Trio comprised of Chodiev, Ibragimov and Mashkevitch.

Patrick Waeterinckx also underlines in his report that the settlement between the Brussels prosecutors and the Trio was absolutely legal. Note that this conclusion belongs to an expert in Belgian criminal law, and that it concurs with what other experts who testified before the commission said.

According to this part of the report, written by Christine Matray, Advisor to the Court of Cassation, the Belgian intelligence did a poor job on informing the Belgian parliament about the possible connections between Patokh Chodiev and Alijan Ibragmov and the Russian mafia.

If the intelligence officers did their job better, the two oligarchs might have not receive Belgian nationality. In other words, if Chodiev and Ibragimov are Belgian nationals today, this is, in part, because of the malfunctions of the Belgian security system.

To sum it up, the experts’ preliminary report contradicts everything that the politicians, especially the Flemish socialist Dirk van der Maelen, the green (Ecolo) Georges Gilkinet and the initiator of the Kazakhgate commission, Olivier Maingain (DéFI) repeatedly said over the years.

What the experts are saying, after months of investigations, comes down to this: there never was any Kazakhgate.

This, of course, puts the politicians – especially those from SP.A, from Ecolo and from DéFI – in a tight spot. For years, they tried to gain popularity and political advantages for their parties by feeding the media with wild scenarios. For years, they sold to the public a story that the experts are now saying has nothing to do with reality.

There never was any Kazakhgate

It’s very difficult for the Belgian public to contemplate this conclusion. After years in which it was exposed to the wildest “revelations” in the media, the realization that the Kazakhgate scandal was, in fact, a pure fabrication devised by politicians who were after political gains, will come as a shock.

There is little doubt that opposition politicians in the commission will try their best to water down the experts’ conclusions, simply because they are so damning for them. This is why they are doing everything in their power to keep the commission going and to invent other fake stories to hide their lies.

The despair for SP.A, Ecolo and DéFI is almost palpable. The public money they spent on this fake scandal is probably the worst spent money in Belgium’s recent history. And somebody will eventually have to pay for all this.