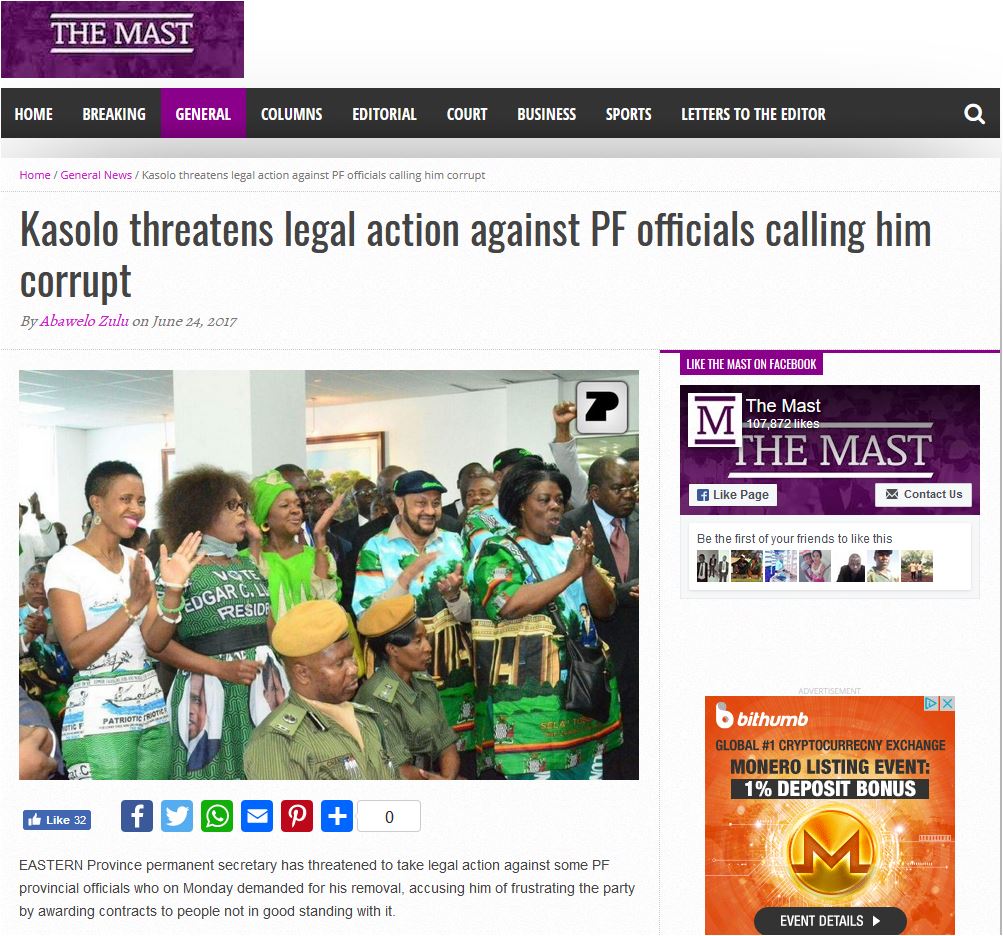 Chanda Kasolo is Permanent Secretary of the Eastern Province. There are ten such Permanent Secretaries in Zambia, one for each province, but Kasolo is the only one benefitting from national media coverage and support. Normally there would be nothing wrong with that. However something is very fishy with the support Kasolo is receiving from national media. It comes from the most unlikely source: the main opposition media outlet, Cartel-controlled tabloid The Mast.

The Mast runs a favourable article on Kasolo every few days

However it is difficult to assess the motivations behind Chanda Kasolo’s decision to start a PR campaign amidst PF internal conflict at the beginning of 2017. It is even more difficult to explain why he chose The Mast as the main vehicle for his campaign. The Mast is controlled by Fred M’membe, Edgar Lungu’s long-time enemy and the leader of the so-called cartel, a group of businessmen and politicians openly opposing the president.

The fact remains that every few days, M’membe’s new tabloid, The Mast, runs a favourable article on Chanda Kasolo.

A “defender of press freedom”

While portraying President Edgar Lungu as a dictator “grossly undermining press freedom”, The Mast is presenting Chanda Kasolo as a firm defender of press freedom and democracy. According to the The Mast, Kasolo believes in media rights, listens a lot to those who oppose the government, and protects all journalists. As long as they are “in his province”, opposition journalists have nothing to fear. 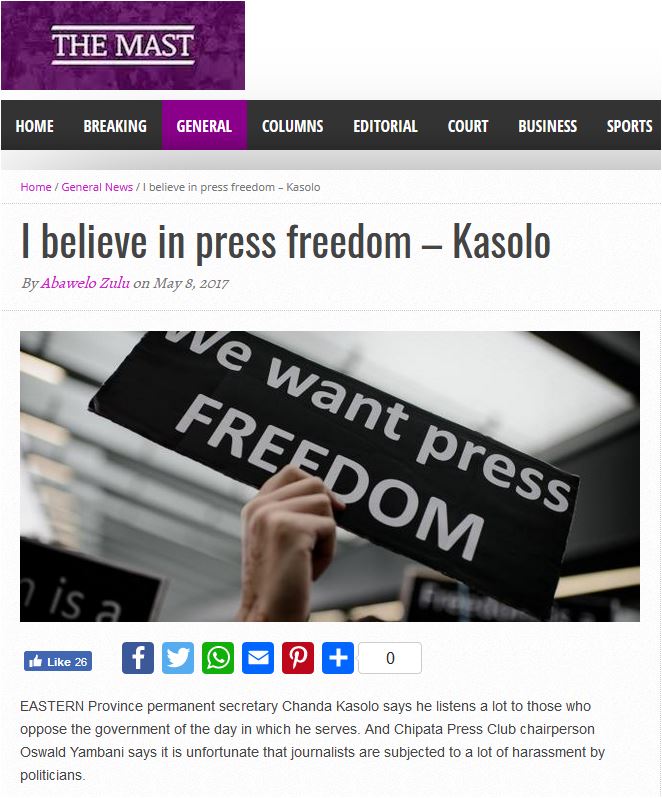 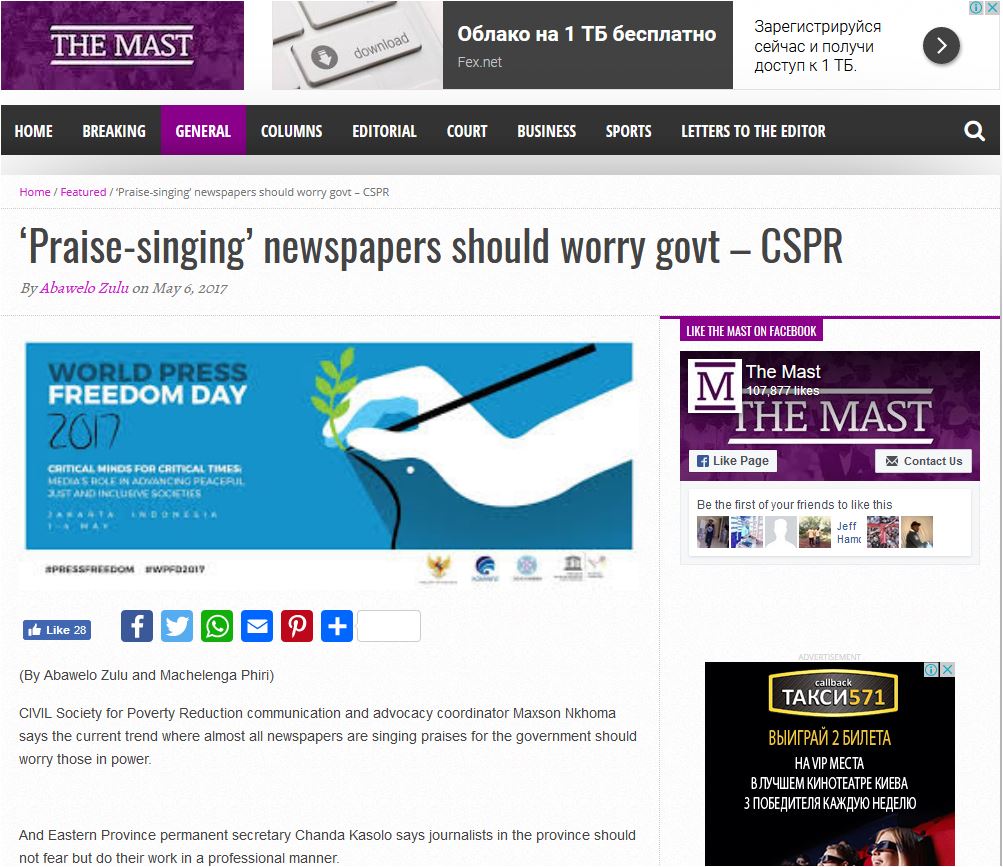 While accusing president Lungu of “liquidating” his former tabloid, The Post, Fred M’membe is quoting Kasolo saying: “I would really have liked The Post to exist because I think they provided platform for airing views that were not necessarily in line with government but sometimes quite helpful to government”. 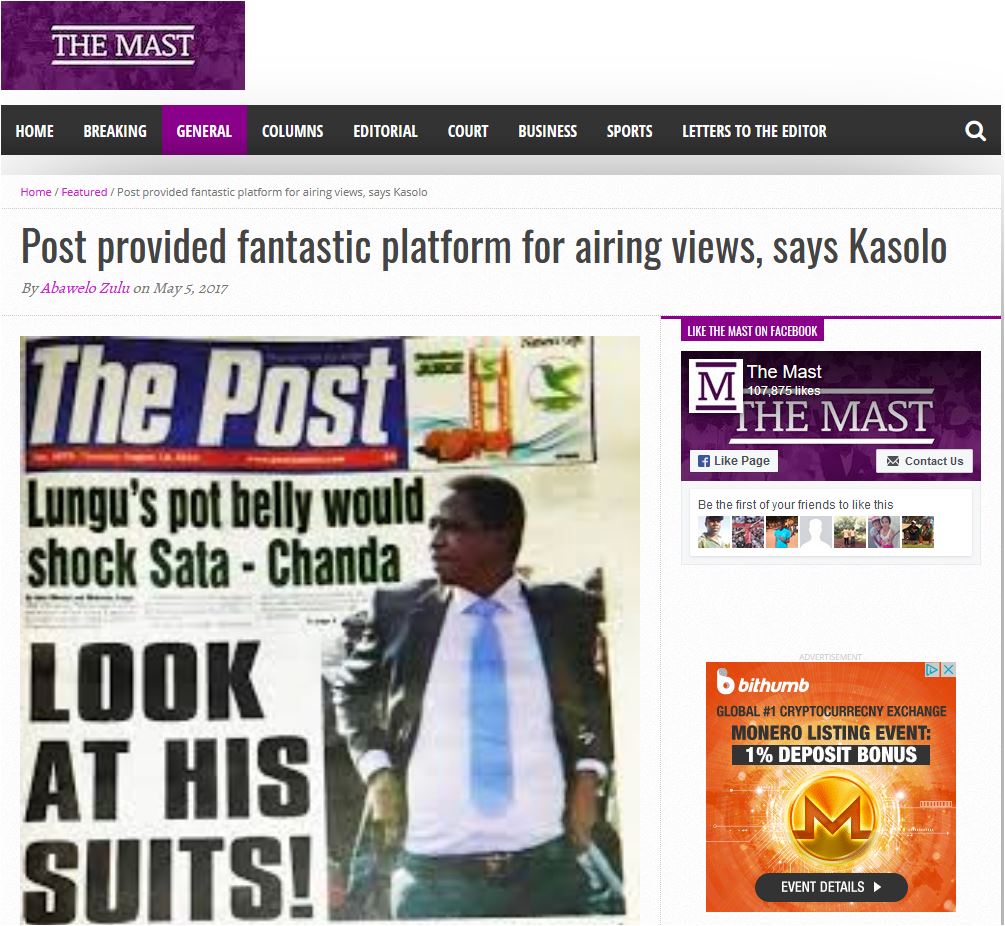 While accusing President Lungu of “defending corruption”, “running a corrupt government”, and “presiding over a corrupt party”, The Mast is portraying Chanda Kasolo as an anti-corruption crusader. 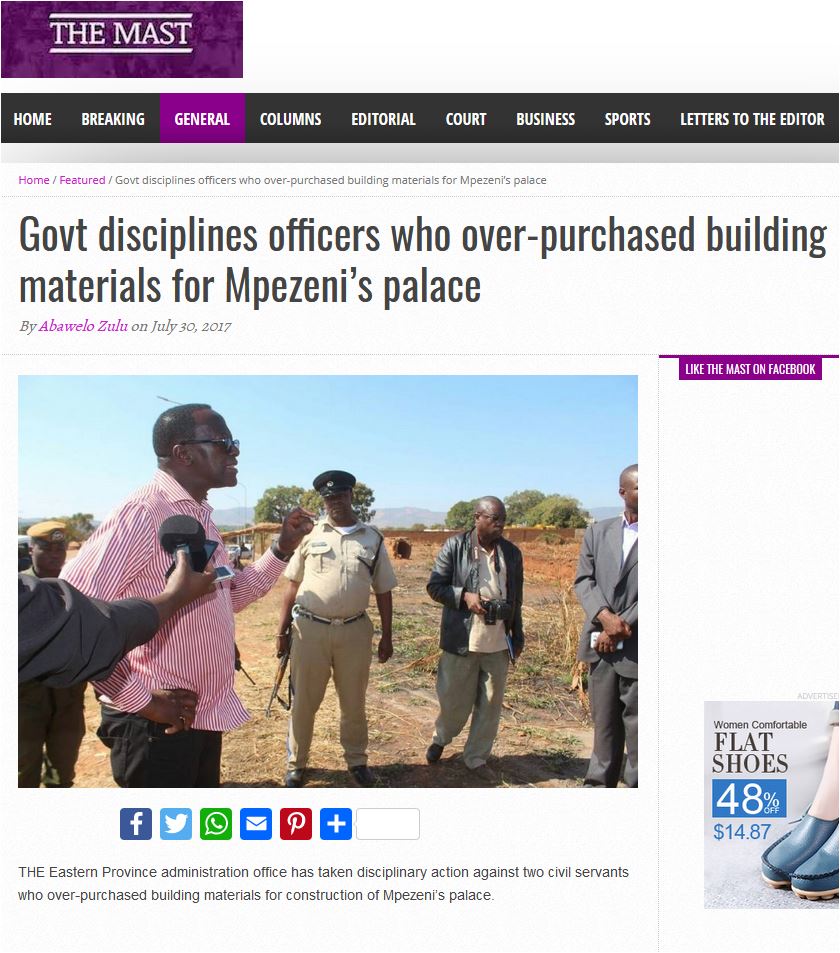 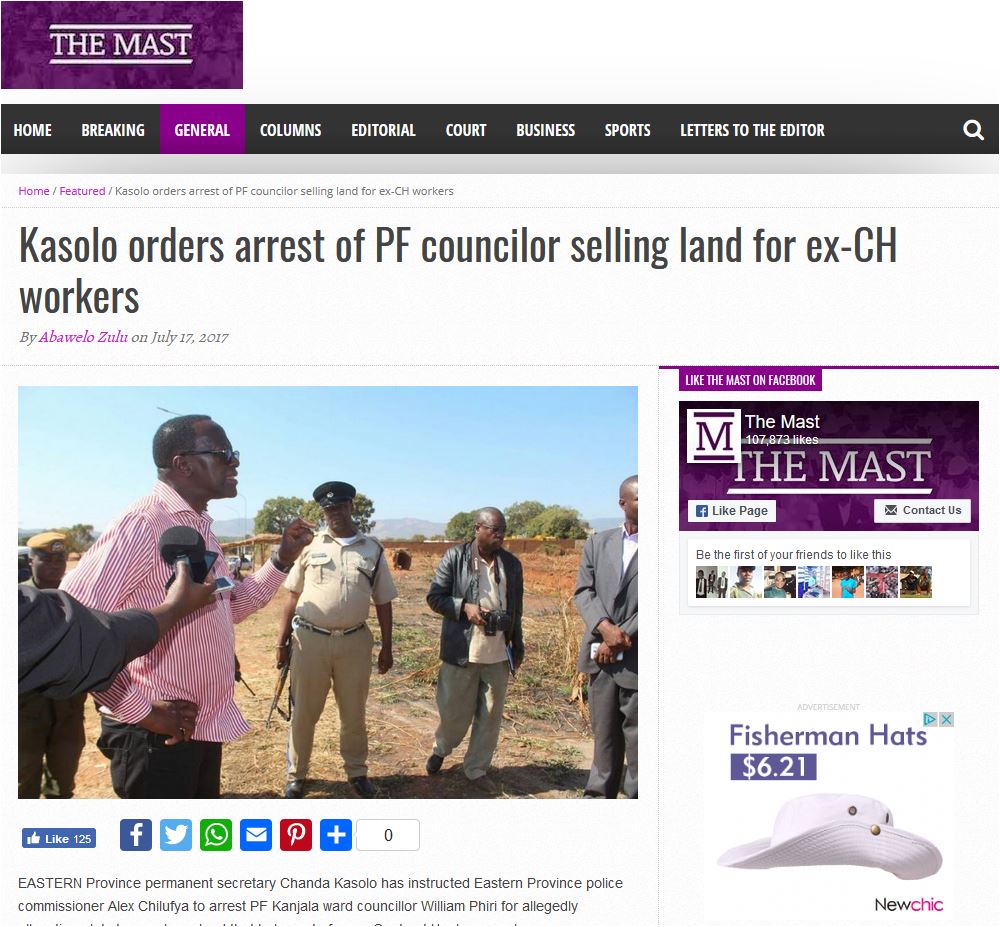 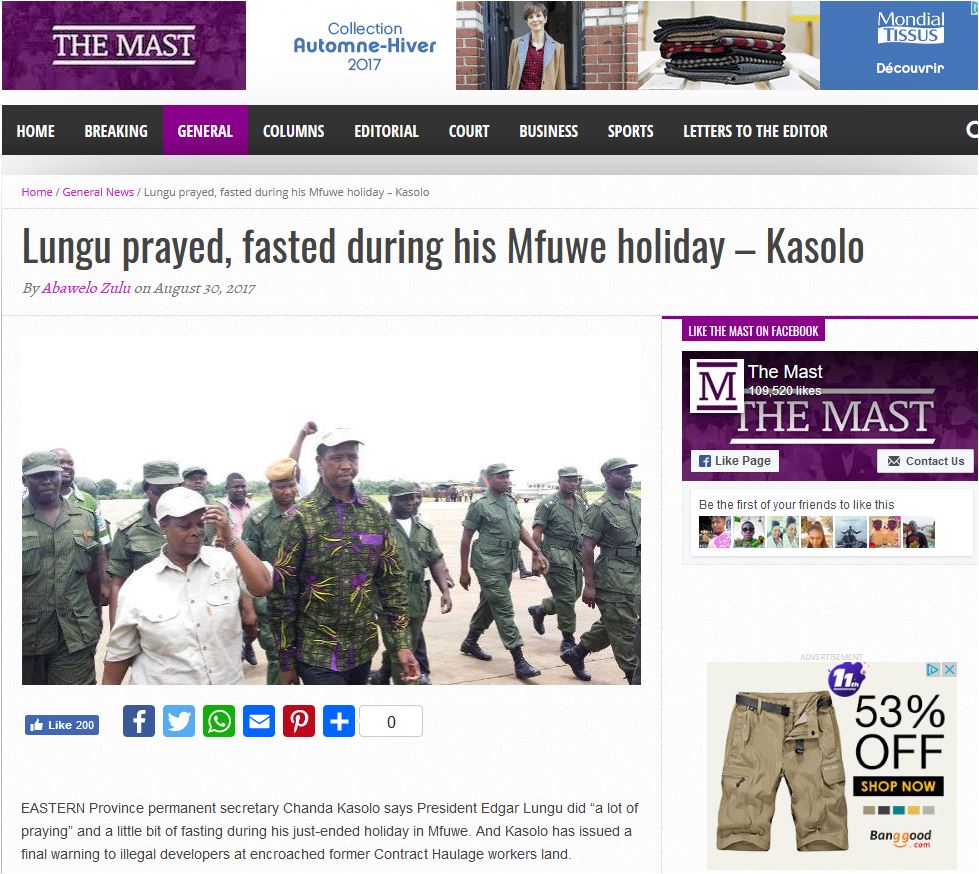 The Mast is portraying Chanda Kasolo as a leader who cares for the people. According to M’membe’s journalists, Kasolo “is worried by the maternal deaths”, he empowers people with disabilities, threatens foreign lodges to stop quoting prices in dollars, provides for a better education, helps in relieving the pain of the vulnerable children, fights against epidemics.

Edgar Lungu, on the other hand, is described as “a dictator who has no feelings for the people he inflicts pain on”. 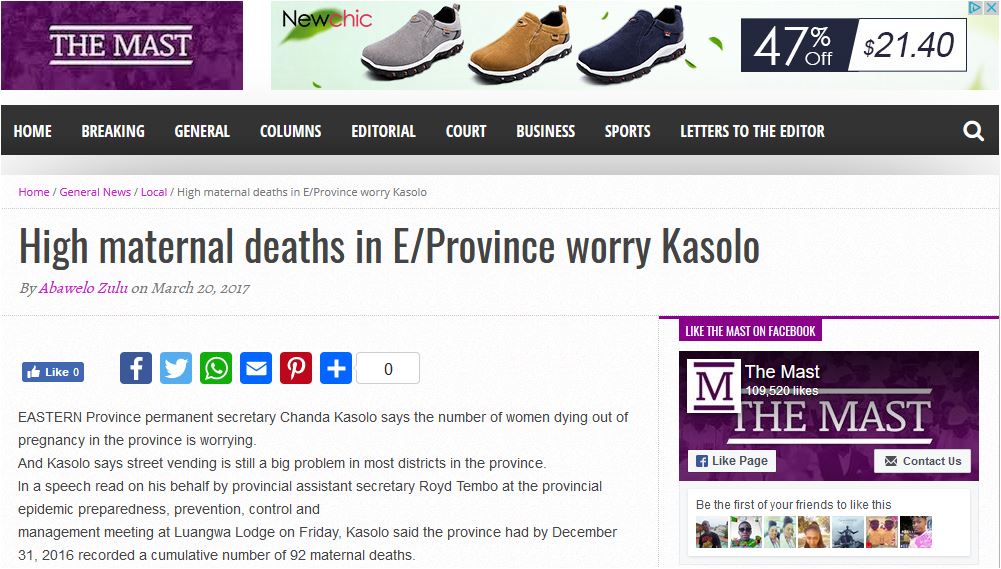 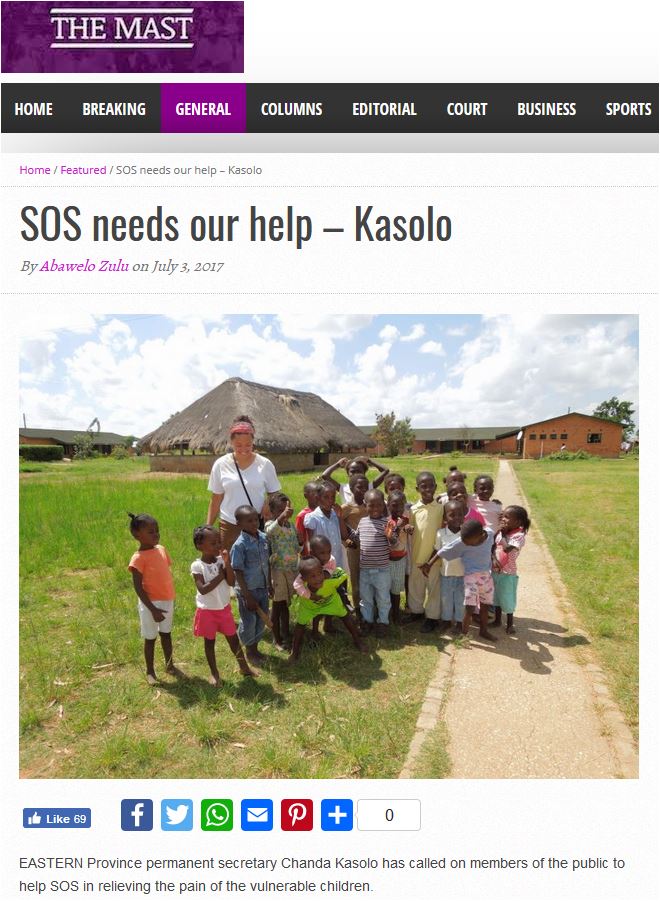 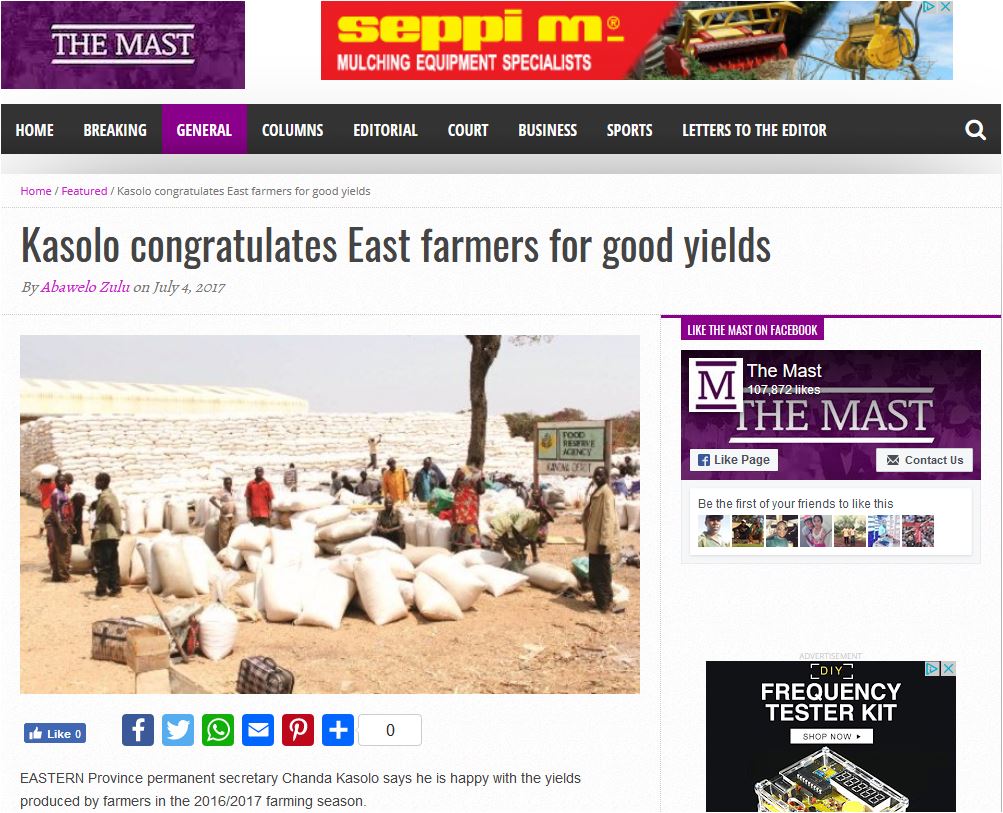 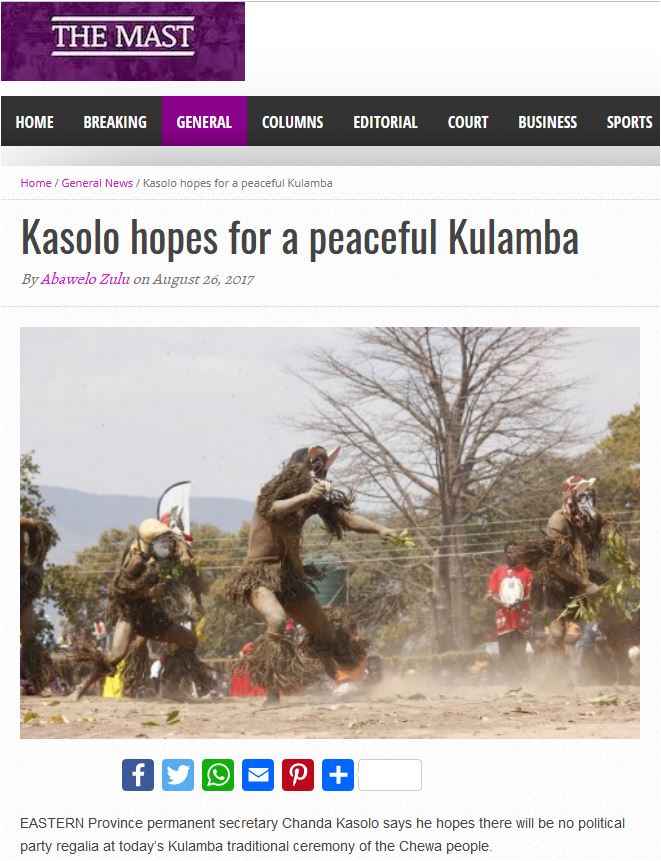