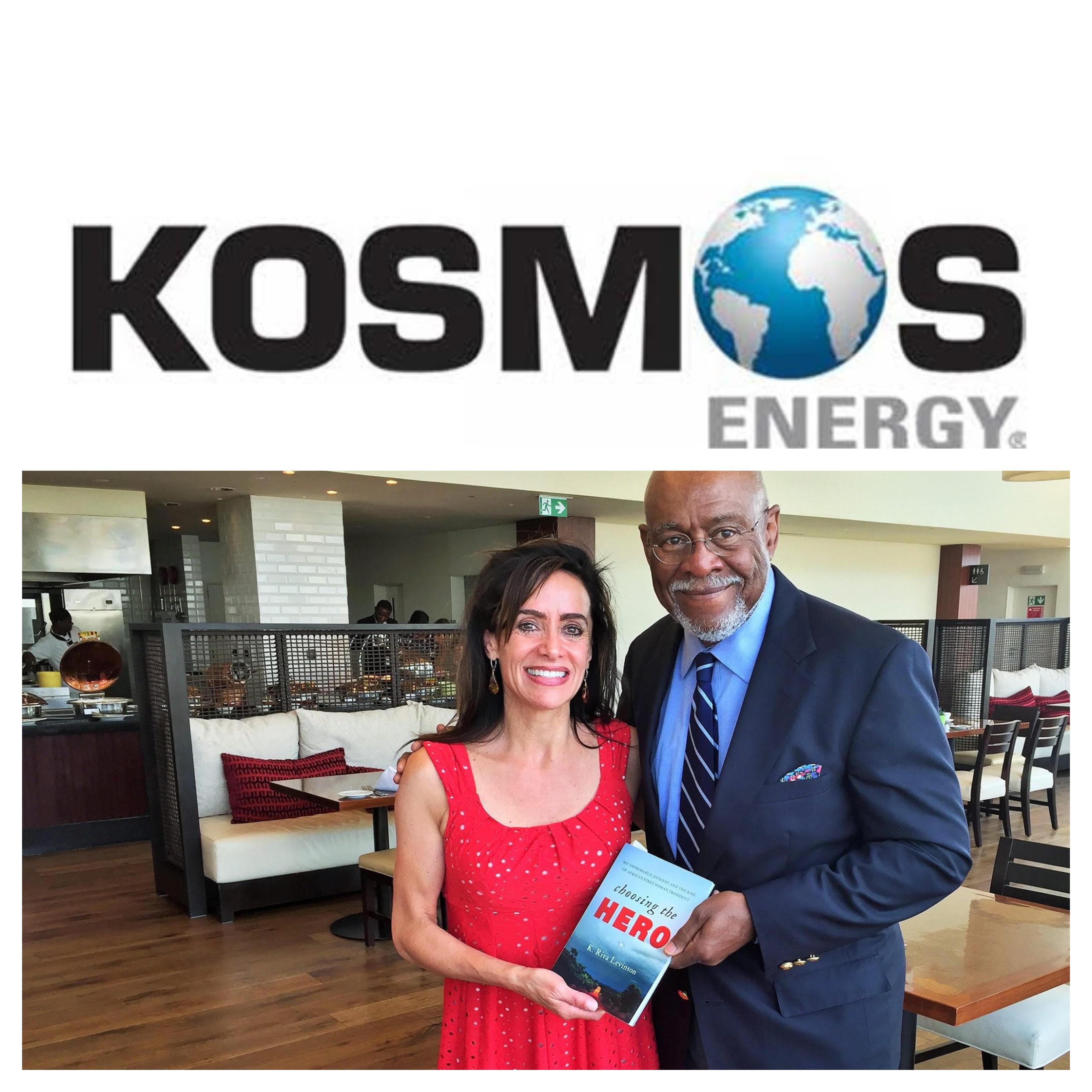 Asked by BuzzFeed to comment on the revelations, both Carson and Levinson refused to respond. In October 2016, they were both once again heavily involved in Ghana’s politics: Carson was leading the international election observation mission; Levinson was leading Nana Akufo-Addo’s presidential campaign.

In 2009, Ghana accused US oil company Kosmos Energy of violating the agreement governing the Jubilee Field partnership. Kosmos was trying to sell its stake in the Jubilee field to ExxonMobil without the Ghanaian government approval. Kosmos illegally shared confidential geological oil exploration data with potential bidders without consulting the Ghana National Petroleum Corporation (GNPC). President John Atta Mills was willing to change the contract with Kosmos (negotiated, agreed and signed by the government of former President Kufuor) to better suit Ghana.

Kosmos called on Johnnie Carson, at the time Hilary Clinton’s assistant secretary of state for African affairs, to intervene in its behalf and protect its interests in Ghana, and hired Riva Levinson’s PR firm KRL International to whitewash its image and smear Ghana’s Government.

According to the State Department documents released by Wikileaks, Johnnie Carson travelled to Accra in February 2010.  He raised the Kosmos case in a meeting with President Mills, on 3 February. President Mills said that he felt both Ghana and he personally had been misled and disrespected by Kosmos. However Carson concluded his cable sent to the White House: “There may still be room to create positive outcomes for KOSMOS and ExxonMobil in Ghana.” (wikileaks.org/cables/10ACCRA139)

During the same trip to Accra, Carson met with representatives from Western oil and gas companies, including Kosmos. Kosmos accused Ghana of “systematically interfering” with the sale of its assets. They described their experience in Ghana as a “pattern of government misbehaviour” and told Carson the sanctity of the company’s contracts with the government was out the window”. Carson agreed that Ghana must honour its contracts with Kosmos. In another cable (also sent to the White House), Carson wrote that he “assured the oil companies we would be discreet if they need us to be” without specifying what the State Department would do. (wikileaks.org/plusd/cables/10ACCRA157)

On their turn, Riva Levinson and KRL used fake news and propaganda to undermine Ghana’s interest. KRL published PR articles in the U.S. press criticising the Ghanaian Government’s opposition to the Kosmos-Exxon Mobil deal and falsely claiming that the Ghanaian Government was trying to force Kosmos to sell its rights to the GNPC at a sub-market price and subverting the sanctity of business contract. KRL also lobbied White House, US government agencies and Congress to bring pressure on Ghana’s government. (www.opensourceinvestigations.com/ghana/)

The $4 billion deal between Kosmos and ExxonMobil collapsed because of opposition from Ghana’s Government. However, in December 2010, Ghana was forced to sign a truce agreement, granting Kosmos immunity from criminal or judicial actions for past events.

After undermining Ghanaian national interest in 2009/2010, Kosmos’s agents Johnnie Carson and Riva Levinson were again in Ghana in 2016, this time interfering with the election. That probably explains why they both refused to comment on BuzzFeed’s report. „Johnnie Carson did not respond to interview requests made through the United States Institute of Peace, where he is a senior adviser” – BuzzFeed wrote, adding that „K. Riva Levinson’s firm, KRL International, also declined to comment.”