Debt-trap diplomacy – how China is taking over the world 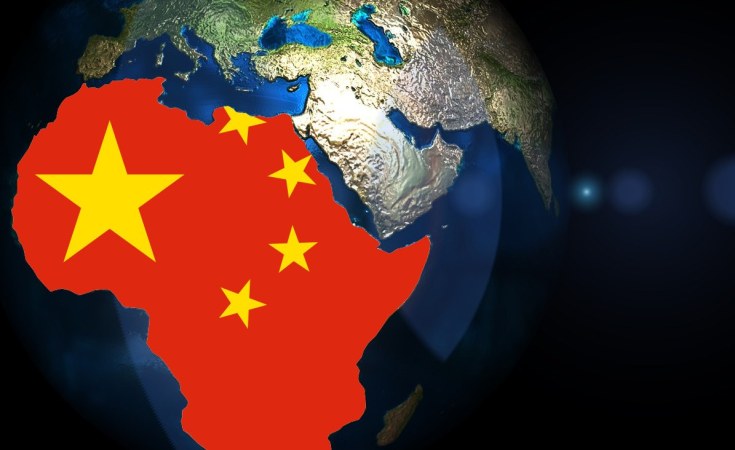 The concept of debt-trap diplomacy has been widely used in recent years, including by world leaders. Most of the time, it is associated with the People’s Republic of China, particularly when bilateral agreements which are part of the Belt and Road Initiative are signed between the Chinese and other developing nations. But what exactly does it mean?

The term “debt-trap diplomacy” was coined by Brahma Chellaney to describe China’s aggressive lending practices in which poor countries are overwhelmed with unsustainable loans. When the aforementioned countries are unable to pay back the loans, they are usually forced to cede control of strategic assets to China. The Belt and Road initiative, a multi-billion-dollar expansion project initiated by China to expand its power through lending to developing countries to spur their economy growth, is a prime example of such a debt-trap.

As part of a debt-trap diplomacy, the creditor country intentionally extends excessive credit to a debtor country, thereby inducing the debtor into a debt trap. This is done with the sole intention of extracting economic or political concessions from the debtor country when it becomes unable to meet its debt repayment obligations. More often than not, the conditions of the loans are not made public and the borrowed money is used not only to fund state projects, but also to bribe local authorities and politicians.

BRI was announced in 2013 and soon became supreme leader Xi Jinping’s signature foreign policy project. In 2017, it was written into the constitution of the Chinese Communist Party and 138 countries and 30 international organizations have agreed to participate in said initiative, with announced investments to link Asia, Africa and Europe reaching $8 trillion. China’s effort to fund such a project stems from their desire to extend their political influence throughout the world.

But excessive debt is not always the product of a nefarious Chinese strategy. Instead, a combination of “need and greed” among creditors and recipients is to blame. Plus, there’s always a lot of corruption going on within the state apparatus in developing nations, which means that at least for some leaders, the Belt and Road Initiative is simply a mechanism to get rich fast, at the detriment of their own nation’s future.

As the manufacturing hub of the global economy, China has a vested interest in promoting unfettered trade in manufacturing goods, as well as trade-related infrastructure development. In this context, the BRI has become the backbone of China’s global integration strategy which aims at integrating energy, logistics, transport, and communication linkages across the Eurasian axis, reaching to the Middle East and Africa. In short, the BRI is a mechanism that is solely designed to boost China’s economy in the near future.

While at the first glance the BRI might seem like a viable project, aimed at developing third world countries, business is more complicated than that. Let’s take for example Sri Lanka: the island nation went on a borrowing binge to reconstruct its dilapidated infrastructure. Year after year, the government saw China as a benevolent friend, offering cheap, easy, and addictive money – an attractive alternative to the strict conditions imposed by Western financing institutions. But soon enough, when the debt burden became untenable, the Sri Lankan government was forced to give up control over the strategic port of Hambantota to a Chinese operator, in order to satisfy part of its significant debt.

Sure, some might argue that if you’re unable to pay your debt, you have to make concessions. But this is precisely what the Chinese want. By lending large sums of money to developing nations, and by conditioning said nations to give up control over strategic infrastructure projects if they cannot repay their debt, the Chinese are virtually taking control over maritime ports, airports, highways etc the moment they sign the agreements. How do we know this? Well, it’s safe to say that the Chinese know exactly how much money those countries could pay back, yet they still lend hundreds of millions of dollars to them, despite the fact that repaying the debt seems impossible.

Now, let’s move on to Africa, one of the main continents that have benefited from the BRI. China is Africa’s largest trade partner, with mutual trade with Africa increasing from one billion US dollars in the 1980s to 170 billion dollars in 2018. A lot of this trade is in the form of Chinese imports from Africa – ores, crude oil, agricultural products. China takes raw materials from Africa, converts them into finished goods in China, and then sells them back in African markets. Such is the case in South Africa, where the Chinese are importing a massive amount of ore from, which they later on convert to steel, only to sell the steel back to South Africa for large sums of money.

Some sources claim that China owns 70% of Kenya’s external debt, wile others say that it’s just 21%. Regardless of the actual percentage, Kenya’s economy is now under the strict control of Chinese debtors. This, in turn, causes both economic and political sovereignty problems for Kenya. If all of this reminds you of pure unadulterated colonialism, well you’re basically right – many people on the continent perhaps did not imagine the rise of China as a power center, but here we are now, with China acting the way colonial Britain did several decades ago.

As part of a memorandum signed between Ghana and China in 2018, Beijing promised to finance $2 billion worth of rail, road and bridge networks, and in exchange, China will be granted access to 5% of Ghana’s precious bauxite national reserves. Soon after the deal was signed, Ghana’s Finance Minister Ken Ofori-Atta pledged to boost spending by 21%, promising higher public sector wages and more infrastructure projects. He also announced to raise $3 billion in international debt markets.

The deal has drawn criticism from political opposition, international government investment partners and environmental activists. A report from risk consultancy EXX Africa highlighted a total lack of transparency and an increasing threat to debt sustainability.

“Such high profile deals frequently fail to lift African nations’ poorest residents out of poverty. This is because African government often lack the will or capacity to ensure the proceeds from mega-projects have the desired trickle-down effect and Chinese investors do not make this a prerequisite of investment” Elizabeth Stephens, a managing director at Geopolitical Risk Advisory, said.

The EXX Africa report highlighted that Ofori-Atta’s spending pledges would increase the national budget deficit to 4.7% of GDP in 2020. Moreover, it anticipates that much of the #3 billion debt raising will go towards public sector pay increases and benefits to state employees, along with boosting expenditure in key electoral constituencies. In short, many analysts say that President Nana Akufo-Addo and his ruling New Patriotic Party (NPP) have signed the memorandum with the sole intention to use the money as a leverage for the presidential and parliamentary elections held in 2020.

Ghana, which was bailed out by the IMF in 2015 amid chronic budget overruns, and which is currently rated as being at high risk of debt distress, has embarked on a dangerous journey by signing the memorandum with China. But this goes to show how the Chinese debtors do not care whatsoever about the dangers of lending money to developing countries that find themselves in a very difficult economic situation. After all, China clearly knows that the NPP government in Ghana has added almost $10 billion to the national debt since taking office in 2017. Yet the Chinese only care about their bauxite imports, and the possibility of taking over infrastructure projects that might default in the near future.

The Chinese Belt and Road Initiative might look good on paper, but the fact of the matter is that the whole project benefits China first and foremost. By lending large sums of money to developing nations that can’t afford to pay back their debts, the Chinese are projecting their power and influence through diplomacy and trade, without having the need to deploy their military like in the good old days.

In this economic race, only China wins. They get access to valuable resources which they later on convert to high-end products which they sell back to the developing countries and they also have the possibility to take over strategic infrastructure projects in said countries by forcing their trade partners to default on their debt. It’s a carefully calculated plan that has worked wonders in the past few years, and which has saw China becoming the biggest economy in the world, surpassing its rival, the United States of America.

Nevertheless, the Belt and Road Initiative, as good as it sounds, is having a very negative impact on the developing countries. The average citizens still live in poverty, while the corrupt administration gets even richer by exploiting the trade agreements. Having no prerequisites for trade deals that involve hundreds of millions of dollars incentivizes corruption, and China knows this pretty well. Yet, the Belt and Road initiative is as strong as ever, with many lining up to get their hands on the Chinese money.