Home
Terrorism
The tangled realpolitik of the Middle East

The tangled realpolitik of the Middle East 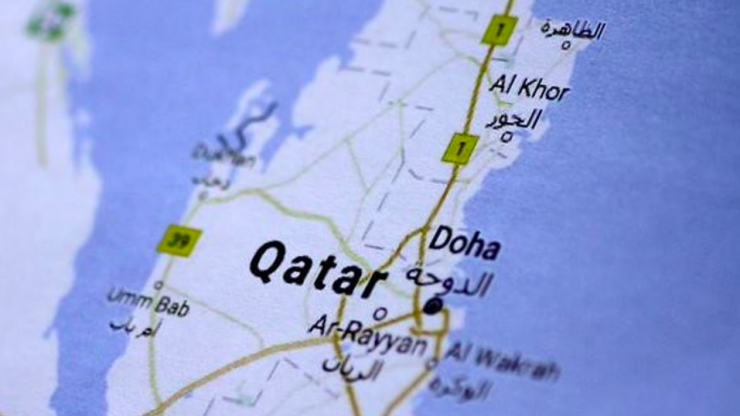 When one is taking a look at the current situation developing in the Middle East, it might come to no surprise that everything that is unfolding at the moment is not only difficult to explain, but it might also change overnight. After the recent visit of US President Donald J. Trump in Saudi Arabia and Israel, the socio-political landscape in the Arab worlds has almost reached a tipping point that might soon erupt in a massive confrontation between the Shia Muslims and the Sunni Muslims – or better said, between Iran and Saudi Arabia.

As we all know, Saudi Arabia and several other states have decided to cut all diplomatic ties with the small but powerful state of Qatar, accusing the latter of conspiring with several terrorist organisations. The rift between the GCC states began last month after the Qatar News Agency published remarks allegedly made by emir Tamim bin Hamad al-Thani criticising the GCC’s stance against Iran and expressing understanding for Hezbollah and Hamas – both of which are considered terrorist outfits by Saudi Arabia and the UAE. This came as a shock for many, as Qatar is seen as one of the most important allies of the US and the NATO coalition in that region – as a fact of the matter, the biggest CENTCOM forward operating base is hosted by Qatar, with more than 10.000 NATO soldiers being deployed on a regular basis in this small Arab state. Moreover, the diplomatic ties between these states are not the only things that have been completely changed overnight:

One must take a minute and really ponder upon these draconic measures that have been undertaken against the state of Qatar, considering the fact that most of the countries involved in this dispute are members of the same organisation – the GCC – including Qatar. The UAE news agency stated the following: “The UAE is taking these decisive measures as a result of the Qatari authorities’ failure to abide by the Riyadh Agreement on returning GCC diplomats to Doha and its Complementary Arrangement in 2014, and Qatar’s continued support, funding and hosting of terror groups, primarily Islamic Brotherhood…”

The Qatar leadership was quick to make a follow-up regarding the allegations that have been thrown over its head, with the foreign ministry saying that “the campaign of incitement is based on lies that have reached the level of complete fabrications”, aimed at putting the Gulf Arab state under guardianship of the GCC. Qatar also quickly claimed that its news agency was hacked, with sources even telling Reuters that an FBI team was brought in from the US to investigate the issue. Moreover, the state of Turkey has signed a bill yesterday allowing the deployment of Turkish regular troops in the state of Qatar, most likely as a deterrent in case Saudi Arabia decides to push the limits and invade its neighbour.

As a conclusion, the possible confrontation looks like this: on one side, we have Qatar, Iran, Russia, and Turkey and on the other side we have Saudi Arabia, Bahrain, Egypt, Jordan and the UAE. What’s interesting about the whole situation is the fact that most of the countries involved, on both sides, are either allies in the GCC organisation or in NATO itself, which begs us to ask the question – who’s pulling the strings and who has the most to gain out of this entire mess?