Home
Belgium
How To Ruin An Inquiry Commission: The Case Of Georges Gilkinet

How To Ruin An Inquiry Commission: The Case Of Georges Gilkinet 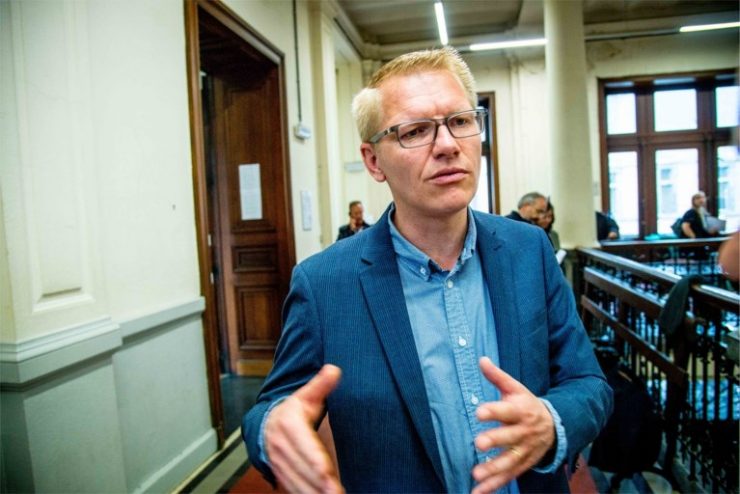 Georges Gilkinet, the Belgian MP from the Green Party (Ecolo) and the “star” of the so-called Kazakhgate commission, is a man of unpalatable convictions. In late 2009, for instance, he drafted a law that would have forced the banks to publish each year the names of their clients. He didn’t care that such a law, if voted, would have infringed upon the right to privacy. In his view, an infringement upon the right to privacy is acceptable in case of an imperious social need.

In March 2010, he stated that an attempt not to push hard against those who may have committed fraud amounts to “intellectual terrorism.”

So, who is Gilkinet, and why is he acting like that?

A history of double standards

Let’s take the case of the so-called Kazakhgate commission. Gilkinet was a loud and fervent supporter of the commission’s creation. He was one of the four MPs who drafted the law proposal that led to the establishment of the commission. Everything he said, everything he wrote gave a strong impression that he is a man totally devoted to the idea of finding the whole truth regarding the extension of the criminal settlement by the Belgian Parliament in April 2011.

However, today we have a large collection of facts that contradicts this impression. Gilkinet may be passionate, yet his passion is not the truth.

Gilkinet has admitted that he has a strong interest in the so-called Trio formed by Patokh Chodiev, Alijan Ibragimov and Alexander Mashkevich. According to him, the Trio has enough power to corrupt all the three branches of the Belgian government. In his own words, “this is the reason why I asked for an inquiry commission, and I got it.”

Gilkinte’s tendency to immediately assume the Trio’s guilt because of their wealth has been obvious throughout his actions and his statements. All one has to do to note his bias is to visit his Twitter page.

Gilkinet was very active and aggressive when it came to investigating those who might have proved his theory. Starting with the first commission hearing on 11 January 2017, he has been extremely vocal when it came to matters related to Chodiev.

He even boasted that he “helped the press to play its role,” almost incriminating himself as the person who leaked classified information to the press in order to make Chodiev look bad. It is worth mentioning that, right now, Gilkinet is under investigation for suspicion of disclosing classified material. If found guilty of unethical behavior, the entire inquiry commission risks being disqualified.

On the other hand, when the commission began investigating the diamond lobby and its role in the extension of the criminal settlement, Gilkinet became totally disinterested in the investigation. He even completely skipped some parts of the hearings.

Take a look at Gilkinet’s website: http://georgesgilkinet.be. You will find absolutely no press release, no comment, no nothing regarding the diamond lobby’s role in extending the scope of the criminal settlement. Instead, you will find plenty of press releases trying to prove that Chodiev is the real culprit.

Or take a look, if you want more proof, on the inquiry commission’s hearings from 8 June 2017. Gilkinet was quite aggressive when interrogating those who, in his view, might prove Chodiev’s guilt. Yet when Ari Epstein, the CEO Antwerp World Diamond Center (AWDC), was heard, Gilkinet was far less aggressive.

Everything points to the fact that Georges Gilkinet has his own agenda, and that his agenda has nothing to do with finding the truth.

He was not impressed by the huge amount of evidence that proves their involvement in changing the Belgian law regarding criminal settlements. He was not outraged to discover that the diamond traders have enough power to run Belgium and to turn the Belgian Parliament into a mockery. He was not inflamed when the representatives of the diamond traders, from the former General Prosecutor Yves Liegeois to the lawyers Raf Verstraeten and Axel Haelterman, lied to the commission. He never pushed for further investigations.

No, he was completely disinterested in all this. He may attack “les diamantaires” on various occasions, but when it comes to really investigating them, he simply looks the other way.

A quest for power and votes

The so-called Kazakhgate commission was created at the request of two French-speaking opposition parties: the Greens (Ecolo), and the Left-Liberals (DéFI). Both these parties pushed hard for the establishment of this commission – for political reasons.

Ecolo needed this commission to get the center stage and win political points against its opponents: the Right-Liberals (Reformist Movement – MR), the Socialists (PS), and, most importantly, the Communists (PTB-Go).

The story of Kazakhgate, as it was circulated in the media, was perfect for Ecolo and Gilkinet. If true, it would have allowed them to put MR into a corner, since two of the most important Belgian political figures in this story – Didier Reynders and Armand De Decker – are top MR politicians.

We have Kazakhgate instead of Diamondgate simply because Ecolo and DéFI are French-speaking political parties with regional interests only. Diamonds are a Flemish affair that doesn’t bring them votes.

The fact that the enlarged transaction was drafted, introduced in the Belgian Parliament and voted by the lobby of the diamond traders in Antwerp moves the entire affair on Flemish territory. Therefore, it makes it politically irrelevant for the French-speaking electorate.

This is why Ecolo and especially his MP, Georges Gilkinet (the vice-president of the commission), are trying hard to obscure the truth and to create “alternative facts.” Gilkinet basically turned himself into a fake news machine regarding Kazakhgate. His Twitter page is full of strange, incoherent and utterly impossible facts and declarations as if he’s desperately trying to create a parallel universe where all the unsubstantiated conspiracy theories that he produces might somehow be true.

Dexia commission all over again?

Gilkinet was also a member, and a very vocal one, in the special commission on the dismantling of the Dexia Group, back in 2011-2012. His performance was so unethical – he was leaking information to the press – that he was almost excluded from the commission. In the end, the majority opted not to exclude him, but to sanction him: Gilkinet lost all his functions in the commission’s bureau, as well as his function as Rapporteur.

There is every chance that Gilkinet’s performance in the Kazakhgate commission will have the same effect on Ecolo in the next elections.