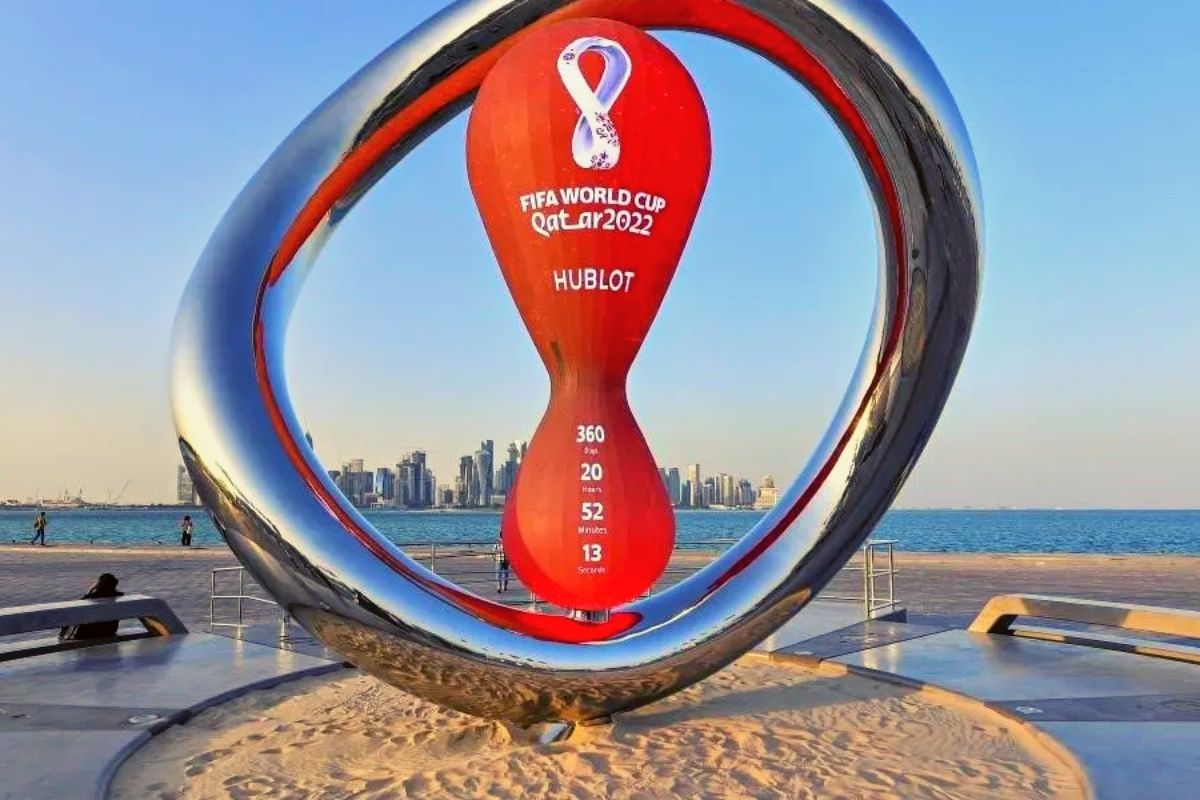 In 2010, Qatar was awarded the right to host the 2022 Football World Cup. Since then, a campaign to boycott Qatar emerged, grew increasingly larger and gained momentum in recent years and months.

This global campaign is funded and orchestrated by the United Arab Emirates (UAE).

Here we’ll explain why this happens, how UAE became able to coordinate large-scale influencing campaigns and how the unsuspecting reader can become able to recognize if they are dealing with legitimate questions regarding Qatar or with unmarked UAE advertorials.

How it all began

In 2011, much to everyone’s surprise, Qatar abandoned its traditional role as a backdoor mediator in the Middle East and threw its full support to the wave of protests known as the “Arab Spring”. Qatari leaders opined that more inclusive regimes were beneficial both for the region at large and for Qatar itself. As such, Qatar emerged, not least because of the Doha-based Al Jazeera satellite television network, as a poster child of the Arab Spring.

This move was perceived as an existential threat by the heavy-handed authoritarian regimes of Saudi Arabia and the UAE.

A 2020 report from the Corporate Europe Observatory, a Brussels-based NGO working to expose and challenge the privileged access and influence enjoyed by corporations and their lobby groups in EU policy making, noted: “The UAE’s ruling royal family saw the Arab Spring that erupted in 2011 as an existential threat, both to it and to the dynastic autocratic rulers of Gulf states more generally. […]Indeed, along with Saudi Arabia, it sent forces to help brutally suppress a mass revolt in Bahrain in March 2011. As images of the Arab Spring protesters’ calls for more pluralistic and democratic societies were broadcast globally, and helped seed rebellions elsewhere, the UAE was keen to shape a counter-narrative to present to the rest of the world, to head off the threat of democracy.”[1]

Since then, and because of Qatar’s support of the Arab Spring, Saudi Arabia and UAE see this small emirate as their archenemy.

Qatar is by no means a Western-style advanced democracy. Not even by far. However, according to the Economist Intelligence Unit’s Democracy Index, it is significantly less authoritarian than Russia, Kazakhstan, Egypt, UAE, Cuba, Bahrain, Belarus, China, Venezuela, Saudi Arabia or Myanmar. And its score in the Democracy Index is constantly improving, suggesting a trend towards more inclusiveness, transparency and accountability which outpaces by far Saudi Arabia’s or UAE’s performance.[2]

The Saudi and UAE cold war against Qatar culminated in 2017, when these two countries, together with Bahrain and Egypt, severed diplomatic relations with Qatar demanding, among other things, the closing of Al Jazeera.

The killing in 2018 of Saudi journalist and dissident Jamal Khashoggi turned Western politicians and lobbyists away from Saudi Arabia. UAE, however, continued to build its influence network.

In 2017, UAE launched its soft power strategy, aiming to increase “the country’s global reputation abroad by highlighting its identity, heritage, culture and the contributions of the UAE to the world”.

UAE’s strategic narrative revolves around three issues: reviling political Islam by presenting it as inherently “radical”; promoting the concept of “authoritarian stability” as a shield against potential unrest and disruptions like the ones witnessed during the Arab Spring; and, finally, presenting Turkey and Qatar as threats to global peace and order.[3]

Since the launch of the strategy, UAE’s spending on lobby activities in the US, European Union and various European capitals increased dramatically.

In the US, for instance, “[m]embers of Congress working with Emirati foreign agents continue to fight for U.S. military support to the UAE, Middle East experts—some at think tanks which the UAE has donated millions to—echo the UAE lobby’s talking points, and UAE foreign agents have effectively shaped media narratives by working closely with journalists and reporters at nearly every mainstream media outlet.”[4]

The US-based Center for International Policy estimates that between 2014 and 2018, the UAE spent at least $15.4 million on donations to six major think tanks in Washington DC. This makes the UAE the third largest foreign government donor to think tanks in the US, following Norway ($27.6 million) and the UK ($21.1 million). A large part of the UAE’s donations went to just three think tanks: the Aspen Institute, the Atlantic Council, and the Brookings Institutions, which all received donations of over $4 million.

Using the rhetoric of fighting against radical Islam, UAE built strong relations with European far-right parties and movements. In France, it was with the National Front led by Marine Le Pen. In Spain, it was with Vox, another far-right political party.

But appealing to the fringes is not enough to build a successful network. The Bussola Institute, a Brussels-based NGO officially aiming to “provide better understanding and greater cooperation between the countries of the Gulf and the European Union” but founded exclusively by members of the UAE elite, has several former high-level European politicians on its honorary advisory board: José Maria Aznar, former President of the Government of Spain; Francois Fillon, former Prime Minister of France; Jadranka Kosor, former Prime Minister of Croatia; Mary McAleese, former President of Ireland; Anders Fogh Rasmussen, former Secretary General of NATO and former Prime Minister of Denmark; Anna Diamantopoulou, former EU Commissioner.[5]

There is also a revolving-door policy, with former top EU officials or former top national politicians and diplomats now working for UAE or for lobbying companies acting on behalf of the UAE. The list includes Baroness Catherine Ashton, former High Representative of the EU and Vice President of the European Commission, Tim Eestermans, who served almost five years in the Office of the High Representative for CFSP at the Council of the European Union, Michèle Alliot-Marie, former French Defense Minister (2002-2007) and Minister of State and Minister of Foreign Affairs (2010-2011), Brian Power, former Irish diplomat who occupied key positions in the Ministries of Justice, Finance, Foreign Affairs and Education or Jean-David Levitte, a French diplomat who has acted as senior diplomatic advisor and sherpa for Presidents Chirac and Sarkozy. [6]

With so many heavyweight European politicians and top civil servants by its side, it’s no wonder UAE has a significant influence over the European Parliament. “The centre-right EPP, conservative ECR and the far-right parties that sit together in the Identity and Democracy Group (ID) are generally most inclined to align their voting behaviour with UAE interests on resolutions of relevance to the Emirates. Their average voting behaviour is far more reflective of the UAE’s interests than that of members of other groups.”[7]

It appears the UAE favours the Democrats while Saudi Arabia prefers the Republicans.

Given the status of the top-level politicians and civil servants presented in the previous section, it should be obvious that each of them managed to build wide and deep media connections over the years. They could easily use these connections to advance UAE interests.

In 2018, International Media Investments, an Abu Dhabi-based company, acquired 2% of Euronews shares.[10] As a result, “enthusiastic features on the United Arab Emirates and Dubai in particular” began to be broadcasted by the European television news network.[11]

In France, anti-Qatar opinion articles promoting the UAE narrative have been published in Le Figaro, a major newspaper, and in Valeurs Actuelles, a far-right news magazine.[12] In the UK one channel was The Independent newspaper, while in Belgium the New Europe.[13]

With such a formidable network of Western politicians, civil servants and media outlets at its disposal, UAE contracted Project Associates in 2017 to kickstart the “Boycott Qatar” campaign.[16]

Project Associates (PA) is a London-based strategic advisory firm that acts as an advisor to governments, corporations and individuals. PA also has an office in Brussels.

Baroness Ashton, former European foreign policy chief, is a board member, and is listed as a non-executive director on PA’s website.[17]

For its services, PA received $250,000. Project Associates subcontracted part of their work to SCL Social Limited, a data mining and online disinformation company, for $166,500. SCL Social Limited is the sister company of Cambridge Analytica.

SCL Social Limited used the funds to launch the anti-Qatar campaign on social and traditional media targeting the European market.[18] This suggests that PA chose to focus on the US market and selected SCL Social for European operations.

Project Associates (and SCL Social) continued the collaboration with UAE after 2017, meaning that “Boycott Qatar” is still an active campaign.[19]

If you’re an average consumer of news and opinions, chances are you were fed at least once with anti-Qatar propaganda produced directly or indirectly by UAE. But how can you tell? After all, there are many legitimate questions regarding Qatar, as they are regarding the decisions, actions or inactions of any other government, authority or public body. How can you tell legitimate inquiries from hostile disinformation?

One simple rule of thumb is to look if what you read, hear or watch tries to make a direct and simple connection between Qatar and terrorism or Islam radicalism. If it does, then it’s most probably propaganda.

But, since we’re near the opening of the 2022 FIFA World Cup, everything, propaganda and disinformation included, revolves around this global event. In this case, look for the following clues.

Here’s what the International Labour Organization (ILO) has to say about this in a November 2021 report:

“The figure of “6,500 deaths”, as reported in a media report, has been extensively reproduced by many other sources, not always including the context and details of the original article, and often attributing these fatalities to the construction of World Cup sites. The number includes all deaths in the migrant population […], without differentiation between migrant workers and the general migrant population, let alone fatalities that resulted from occupational injuries. The general migrant population in Qatar is very large and diverse, and migrants from South Asia represent well over 50 per cent of the total population. They are of all ages, occupations, health status, with many having spent decades in the country. Therefore, a distinction should be made between the number of migrant workers who died for reasons unrelated to their occupation […], and the number of those who died from work-related fatalities […].”[20]

In short, conflating the “6,500 deaths” figure with the building of World Cup sites in Qatar is factually inaccurate.

There are many human rights issues regarding this system, issues that were exposed repeateadly by ILO and international human rights organizations like Amnesty International or Human Rights Watch.

However, Qatar has abolished the kafala system in 2017 (5 years ago already).[21] This means that any reference to the kafala/sponsorship system in relation to Qatar after 2017/2018 is misleading, to say the least.

However, journalists and columnists always cultivate and protect your freedom to make up your own mind. They never tell you what you should or shouldn’t do regarding a particular issue. So if you read a news or opinion article which contains a call to action, what you’re really reading is a piece of propaganda.

If you identify at least one of these three clues in what you read, hear or see about the 2022 World Cup, what you’re in fact reading, hearing or seeing is, very likely, an anti-Qatar advertorial paid directly or indirectly by UAE. If you identify more than one of these clues in the same news or opinion piece, all doubts are off: you are being fed with propaganda.

As we revealed here, the UAE has the means, the money and the network to mount a global smear campaign against Qatar. And it feels compelled to mount it, because it has a powerful motive to do so: the memory of the 2011 Arab Spring.