The dissolution of Bosnia Herzegovina 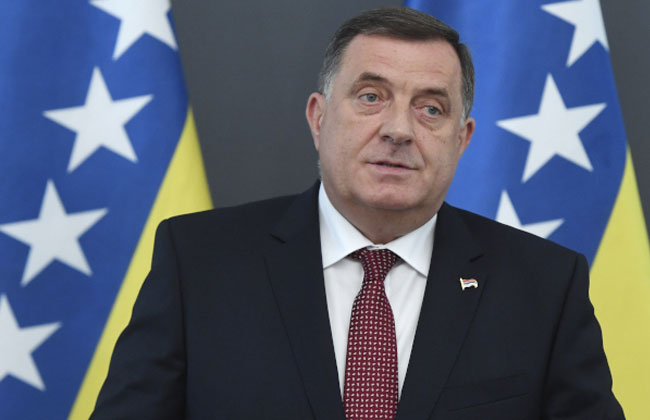 Europe’s powder keg is yet again making a comeback, this time in Bosnia. The country is unraveling on account of a reckless political experiment which saw Bosnian Serb lawmakers planning to quit state institutions and form their own judicial, taxation and military authorities for the autonomous Republic of Srpska. If nothing is done to curb the push for secession, Bosnians might see another round of violence reminiscent of the war in the 90s.

A glimpse in the past

From 1992 until 1995, Bosnia was engulfed in a conflict that saw the Serb and Croat forces aiming to divide the country between themselves. Some 100.000 people were killed and nearly two million fled as refugees. The war ended in December 1995, with the signing of the Dayton Pace Agreement which established Bosnia Herzegovina as a state composed of two distinct entities: a Bosniak-Croat Federation and Serb dominated Republika Srpska.

But the end of the war and the formation of the country did not see the two entities reaching any form of a stable deal. As a result of the Dayton Agreement, the civilian peace implementation has been supervised by the High Representative for Bosnia and Herzegovina and the country is still trying its best to enforce its political authority across the lands, especially in the Serb-controlled Republika Srpska.

Bosnian Serb officials are deliberately trying to make the country fail so that they can make the legal case for secession. China and Russia have announced their support for the Serbs, while the European Union and the US have stayed suspiciously silent about this issue. Milorad Dodik, Bosnia and Herzegovina’s Serb member of the tripartite presidency, has now taken significant steps towards seceding, announcing that Republika Srpska will pull out from key state institutions, in full violation of the 1995 Dayton Agreement.

This entire crisis began back in the summer, when Valentin Inzko, the former high representative overseeing the implementation of the Dayton agreement, signaled the move to ban denial of genocide and the glorification of war criminals. This event prompted the Serb representatives to boycott all the central institutions of Bosnia and Herzegovina, demanding that the Office of the High Representative should be shut down.

Encouraged by Russia’s and China’s support over this issue, and by the EU’s and US’s lack of reaction, Dodik has recently announced that Republika Srpska would be moving towards forming its own army, shortly after pulling out of Bosnia’s joint armed forces. This move was then followed by a complete pull out of the Bosniak Serbs of all the top judicial and financial bodies of Bosnia and Herzegovina.

One of the first politician to react was Christian Schimdt, the new High Representative in Bosnia. He warned the international community that unless measures are taken the Serb separatists will succeed in their plans of seceding from the country. He also said that the unilateral withdrawal of either entities from the established state institutions was not legally possible under the current Constitution of Bosnia and Herzegovina.

On the other side, the Bosnian Serbs, who are supported by Russia and China, do not recognize Schmidt as the High Representative because his appointment was not approved in the U.N. Security Council. The only countries that blocked the appointment of Schimdt as the High Representative in the Security Council were, to no surprise, Russia and China.

No end in sight

When everybody talks past each other, and language fails, conflict ensues. And this is precisely what is happening right now across the board. Nobody wants to step in because everybody has something else to do. While the EU and the US are both dealing with the pandemic and its repercussions, Milorad Dodik is boosting his strengths and he’s doing his best to show the world that Bosnia and Herzegovina is an artificial construct, worthy only of disintegration.

There’s a lot of whispering going around in the town of Srebenica, which has witnessed some of the most gruesome massacres in the 1990s. The people are afraid. And they are right to be scared. When the Balkan powder keg erupts, everyone is in danger.