Home
Philippines
Washington Post: Grace Poe owned one of the most expensive houses in the county Grace Poe sold her US home for $947,000. It was one of the most expensive real estate sales recorded in 2006 for the entire Fairfax County

In the US, Grace Poe and her family lived in Herndon, a town in Fairfax County, Virginia, in the Washington metropolitan area. http://www.opensourceinvestigations.com/

In 2005, when she decided to return to the Philippines and use the popular sympathy for her recently deceased father for her own benefit, Grace Poe put her US mansion on sale. The house was very expensive and it took several months to find a buyer.

On May 1, 2006, Grace Poe (by her real name Mary Grace Llamanzares) and her husband Teodoro Llamanzares sold their American home for 947,000 US dollars.

According to the Washington Post, Grace Poe’s home was among the most expensive real estate sales recorded in 2006 in the Fairfax County. The data supplied to the Washington Post by the Real Estate Division of the Fairfax County Department of Tax Administration shows that the current Philippine presidential candidate lived in one of the most luxurious house in the entire region. 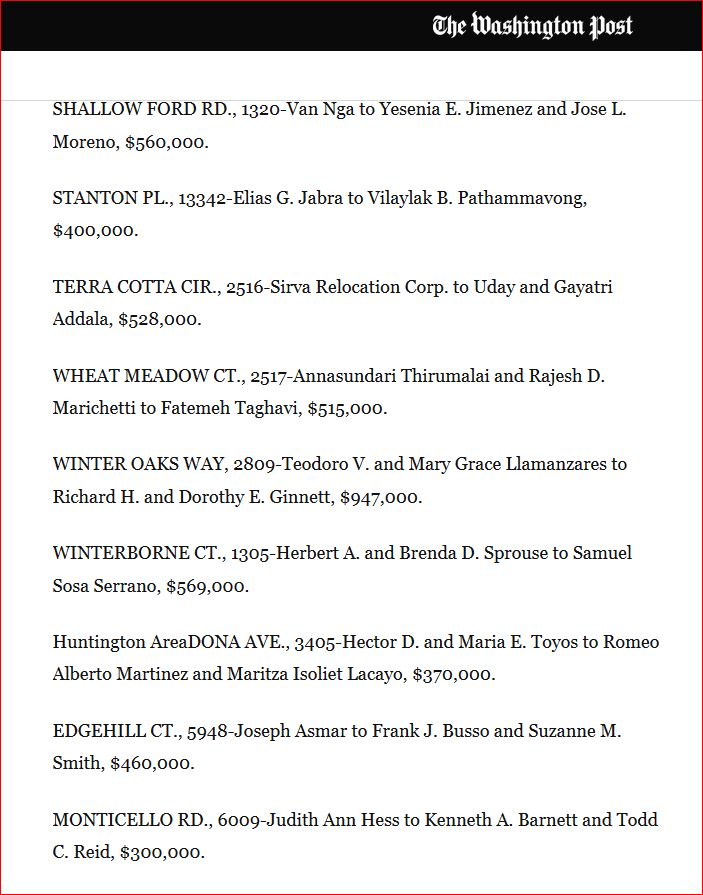 In August 2015, Brian Poe was asked in an interview: „What did your mom do in the US?” “She worked – Grace Poe’s son and former campaign manager answered. She and our father became independent, like millions of overseas Filipino workers.”

Unlike the most of the overseas Filipino workers, Grace Poe didn’t leave because of poverty or for a better life opportunity. She didn’t have a Filipino family to support. She didn’t even look for a higher standard of living.