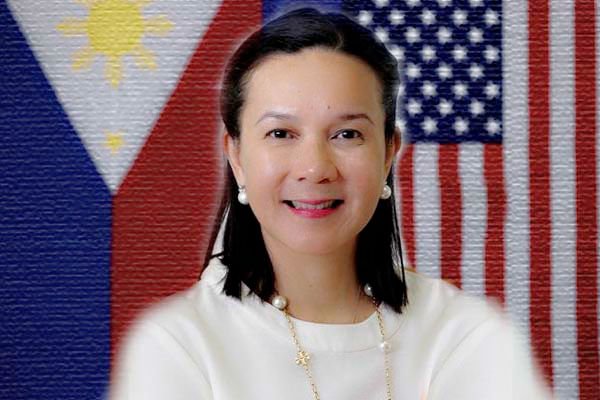 In 1954, US President Dwight Eisenhower appointed a panel to make recommendations regarding covert political action as an instrument of foreign policy. The Report concluded: “If the US is to survive, longstanding American concepts of «fair play» must be reconsidered. We must develop effective espionage and counterespionage services and must learn to subvert, sabotage and destroy our enemies by more clever, more sophisticated means than those used against us. It may become necessary that the American people be made acquainted with, understand and support this fundamentally repugnant philosophy.” (Report of the Special Study Group – Doolittle Committee – on the Covert Activities of the Central Intelligence Agency, 30 September 1954 – https://www.cia.gov/)

Since then, several national leaders, including democratically elected figures, were removed as the CIA tried to install their man as head of state. Some of these covert operations were publicly acknowledged by the U.S. government itself.

CIA typical method of manipulating elections was an aggressive one until the 80s. In the post-Cold War era, in which the intervention of the agency in national elections worldwide is almost unimpeded, the forms of electoral involvement changed. CIA is no longer engineering coups. Instead it provides money, supplies, training programs, media know-how, public relations assistance etc. to support a presidential candidate or a political party.

OSI took a look at the changes in the CIA’s techniques of electoral interventions and discovered intriguing facts about the ongoing presidential campaign in the Philippines.

The age of naked aggression

In a document declassified in 2011, CIA acknowledged that the agency was involved in the 1953 Iran coup. According to the document, an internal history, “The Battle for Iran”, dating from the mid-1970s: “The military coup that overthrew Mossadegh and his National Front cabinet was carried out under CIA direction as an act of U.S. foreign policy, conceived and approved at the highest levels of government”. http://nsarchive.gwu.edu/

Iranians elected Mohammad Mossadegh prime minister in 1951. The new PM challenged the authority of the Shah Mohammad Reza Pahlavi and moved to nationalize oil production in the country previously operated by British companies. CIA began to plan Mossadegh’s overthrow shortly after his election. In 1953, Mossadegh was forced from office and arrested, spending the rest of his life under house arrest. The goal of the coup was to elevate the strength of the Shah and appoint a new prime minister, General Fazlollah Zahedi.

It is the earliest coup of the Cold War the U.S. government has acknowledged. Others followed. In 1954, CIA was involved in the coup to oust Guatemalan President Jacobo Arbenz. Arbenz was forced from power and a junta took his place. In 1964, CIA backed the military coup against Brazilian President Joao Goulard. In 1973, CIA supported Augusto Pinochet’s coup against Salvador Allende, the elected president in Chile.

The late 80’s change of strategy

Under a covert action program, CIA intervened in the 1987 Haitian presidential election. The agency channelled money for the use of particular candidates in an effort to undercut the political strength of Jean-Bertrand Aristide. Aristide was not a candidate in Haiti’s 1987 presidential election, but he was a very charismatic and influential figure calling for radical change. Following a visit of some staff members of the US Senate Intelligence Committee to Haiti, the Committee ordered the CIA to halt the covert operation.

In the 2004 presidential election in Ukraine, CIA supported the pro-US candidate Viktor Yushchenko. Born Catherine Claire Chumachenko, Viktor Yushchenko’s wife was a US citizen who had worked at the White House during the Reagan administration. Several US governmental agencies and private organizations contributed millions of dollars to Yushchenko’s campaign. Former CIA director George Bush Sr. was sent by his son, President George W. Bush, as emissary to call for fair elections. US funded pre-election and exit-polling for Yushchenko. The official result was a 3% margin of victory for Yushchenko’s rival, the Kremlin-backed Victor Yanukovych. Yushchenko and his supporters refused to recognize the results. After thirteen days of massive popular protests, the Ukranian Supreme Court overturned the election results and ordered a re-vote. Viktor Yushchenko won.

An American candidate for Philippine Presidency

“In the Philippines, the CIA Has Found a Second Home” – is the title of an article published in 1989 in Los Angeles Time. The author is Emmy awarded journalist and historian Stanley Karnow. The fact that Manila has been a regional headquarters of the CIA for Southeast Asia is an open secret. From Edward Lansdale role in Ramon Magsaysay election as president in 1953 to the Wikileaks cables, CIA’s meddling in the Philippines internal affair has been a proven fact.

A strange thing is happening these days in the Philippines. Grace Poe, one of the front-runners of the ongoing presidential campaign is, in fact, more American than Filipino. 47 years old Grace Poe lived most of her adult life in the US. She moved to Boston as a student in 1988 and lived in the US for more than 17 years until she decided to return to the Philippines. This is not necessarily unusual. 10 million Filipinos live abroad (none of them is running for his native country’s presidency, though). But most of those 10 million keep their Philippine passports. Grace Poe didn’t. In 2003, the current Philippine presidential candidate renounced her Philippine citizenship. She took an oath of allegiance to the United States and was naturalized as an US citizen.

Grace Poe was an American citizen until 6 year ago. In 2010 she renounced her US citizenship, as a legal condition for having access to a chairperson position in a Philippine governmental agency. Philippine law prohibits appointment of someone with dual citizenship to government office. (In 2006, Poe had re-acquired the Philippine citizenship and, since then, she has held dual citizenship.)

Grace Poe’s family is American. Her husband (who is US-born), son (also US-born) and two daughters are all US citizens. Her husband’s parents are American citizens.

In a Western democracy a candidate such as Grace Poe would be, at most, exotic. In the Philippines is one of the favourites. The reason for that is Grace Poe’s US-style campaign full of spin, PR and drama. Millions of dollars have already been pumped into a presidential campaign in which the work of American political consultants is obvious.

In the Philippines we are witnessing an experiment. No more coups, underground actions, cloak and dagger activities. It’s an overt operation: An American is running for the Philippines presidency.