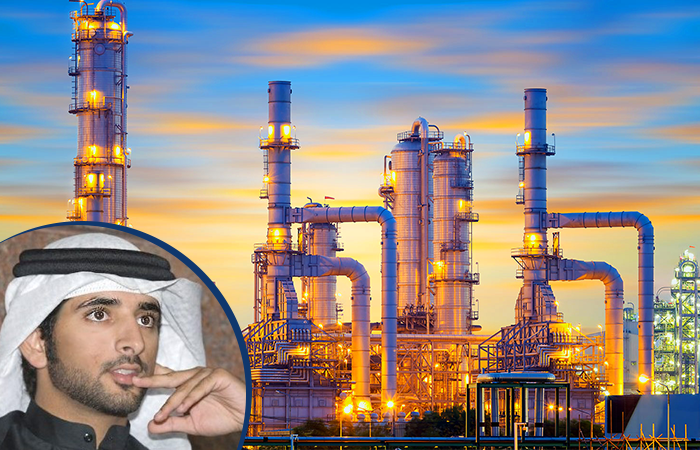 Ameri Group LLC duly incorporated under the laws of United Arab Emirates with a registration number 1143904 and also registered with the Chamber of Commerce
of Dubai UAE under membership number 240056 with office address in Emgate Building Sheikh Zayed Road Dubai UAE signed a BOOT agreement with the Government of Ghana on February 10th 2015 for a 250 MW fast track power project in Takoradi.

An article published by a tabloid newspaper called VG from Norway, made false and slanderous accusations regarding the emergency power project agreement executed between Ameri Group and the Government of Ghana. Ameri Group stands by it’s agreements with the Government of Ghana and believes that we have assembled a world class team of developers to accomplish the job on time and on budget. Joining us on the project is the Greek EPC Contractor, METKA.

The tabloid article targets Mr. Umar Farooq, only wrongly portraying him as the owner of the company, but also tries to malign his character. Moreover, it states that Mr. Farooq attempted to swindle the Government of Ghana Through this transaction by inflating the price of the contract. A ridiculous claim since the contract was agreed upon by the Ministry of Power and thereafter, ratified by the Ghana Parliament with full pricing transparency.

Another falsehood is that Mr. Farooq, on his own caused the transaction to occur. It is a matter of record that the sole owner of the above mentioned company is His Royal Highness Sheikh Ahmed Bin Dalmook Juma Al Maktoum, member of the ruling family of Dubai UAE.

The VG story also purports that this transaction was done quickly and out of the public view, yet as the record shows the above mentioned agreement was duly signed on 10th of February 2015 between Ameri Group LLC, represented by His Royal Highness Sheikh Ahmed Bin Dalmook Al Maktoum in his capacity as Chairman and the Minister of Power, the Honorable Dr. Kwabena Donkor for the Government of Ghana. Mr. Farooq simply signed the agreement as a witness. Mr. Ziad Barakat was appointed as CEO of the company and is working in this position to date.

The article in VG shows that allegations against Mr. Farooq were raised in Norway of some fraud, which was committed in 2010. This is patently false as, in 2010, Mr. Farooq was residing in Dubai as a legal resident since 2005 and had not been to Norway since. In fact, the person the tabloid interviewed who has accused him has already been convicted of the same fraud by the courts in Norway and is currently in jail. During the tenure of his employment, Mr. Farooq was never wanted or alleged of any crime/fraud in any part of the world.

Moreover, the tabloid alleges that Mr. Umar Farooq, through the above agreement, has managed to siphon off hundreds of millions of dollars by selling the project to the Government of Ghana at a highly inflated price. In fact as the Government of Ghana has already publicly stated: “The Ministry wishes to state that the agreement with AMERI is a Build, Own, Operate and Transfer (BOOT) agreement and not an outright purchase of generating plants” as the article falsely claims.

In fact, the Ghana statement goes on to say “The Government of Ghana has not made ANY PAYMENTS to AMERI and will not be making any payments for the cost of the equipment”.

Ameri Group has already invested hundreds of millions of dollars as direct foreign investment in Ghana, which will be operational before the end of 2015. The Government of Ghana will only pay for the electricity produced and received on the national grid.

In response to these allegations, Ameri Group has already retained international law firms to review our legal rights and use them against this slanderous act of the newspaper. Based on their legal advice we will reserve all rights to file a defamation case against VG in Norway on the basis of these unfounded false allegations and accusations.

The UAE government enjoys a cordial relationship with Ghana and its people, and as evidence to that have invested hundreds of millions of dollars as direct foreign investment in the country. Following the same footsteps, Ameri Group was encouraged to invest in setting up a brand new power plant for the Government of Ghana to overcome the energy crises the country is going through.

This project that we have almost completed will make a difference to the common Ghanaian people, enhancing the life of everyday people who are currently stranded being unable to run their business because of the lack of energy. Having this electric power coming online will also contribute to the economic growth of Ghana and further strengthen the relationship between two countries.

The UAE government hosts a number of conferences specifically to promote the African continent to the rest of the world. There has also an increased traffic between UAE and Ghana in the past few years, which is a clear sign of both countries respecting each other’s nationals. We would never enter into a deal if it was not done with full transparently, honesty to ensure our integrity.

I, as member of the Royal Family of Dubai, will continue to follow my Government’s policies looking into opportunities that would help and support the cause and uplift the lot of the common man by creating job opportunities.

Moreover, Ameri Group and its subsidiaries, reserve the rights to protect it business through every means available to it including taking any legal action towards anyone who tries to malign its business or its goodwill.

Member of the Ruling Family of Dubai, United Arab Emirates.

Read as well our article: NPP & General Electric’s War by Proxies against Ghana