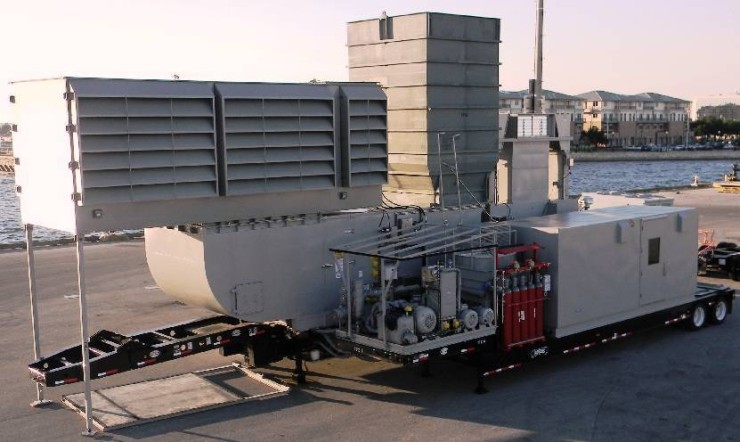 On 13 December 2015, a Norwegian tabloid newspaper published a story about the agreement between the Ghanaian Government and a Dubai-based company, Ameri Group.

The purpose of the arrangement was to secure a 250MW power plant in Ghana. OSI has been also looking over the Ameri deal as part of an in-depth investigation into US-based General Electric’s interests in Western Africa. OSI’s conclusions are very different from those of the Norwegian tabloid.

Power cuts are common in many African countries. But for several years now, Ghana has been experiencing massive power blackouts. The power outages are popularly known as „dumsor”, which means „on & off” in a local dialect.

According to the Oxford Institute for Energy Studies, the resulting impact of the energy crisis is potentially devastating for the Ghana’s (once a favourite of foreign investors in Africa) growth prospects. http://www.oxfordenergy.org/

A major power crisis in 2006 – 2007 is estimated to have reduced GDP growth by one percent.

The Ghanaian Government is attempting to attract more private sector participation in the sector. Independent Power Producers (IPPs) have begun to enter the electricity generation market, previously dominated by the public sector.

A series of new projects are underway and the 250MW AMERI Plant is one of these projects.
2. Those who lost: General Electric and NPP

On 10 February 2015, the Ghanaian Government signed an agreement with Africa & Middle East Resources Investment Group (Ameri Energy). Based on this accurate information, a Norwegian tabloid fabricated a story accusing the Ghanaian Government of grossly inflating the amount of the transaction and of signing a contract with a suspicious company.

According to OSI’s assessment both accusations are false. The Norwegian piece is part of a campaign against the current National Democratic Congress Government. The campaign has been orchestrated by multinational corporations dissatisfied with the Government’s refusal to accept harmful contracts with the local support of opposition politicians. General Electric and the New Patriotic Party have a lot to do with this campaign.

3. The truth multiplied by ten is a lie

According to the Norwegian tabloid, the Ghanaian Ministry of Power signed a deal involving the outright purchase of ten gas turbines. In reality, the Ameri agreement is a 5-year Build, Own, Operate and Transfer (BOOT) for a 25OMW Power Plant in Ghana.

„The deal is worth $510 million”, said the newspaper. It is hard to say where has this figure come from. The journalists pretend that they have a copy of the agreement between the Government and the Dubai-based company. However, they are not quoting the contract when they talk about the transaction amount. It is true that, in accordance with the agreement, the Government issued a standby letter of credit for an amount of $51 million. Probably, the journalists simply multiplied the $51 million by ten to obtain a figure that would justify the concern of a Norwegian tabloid with a contract signed by the Ghanaian Government

All the sums published by the Norwegian newspaper are misleading. The quoted price of $220 million for outright purchase of similar turbines is, in fact, exclusive of all other costs such as auxiliaries, balance of plant, civil works, sub-station, installation of equipment, cost of financing, operation and maintenance etc. Moreover, in accordance with the agreement, the cost of all these auxiliary works is carried by AMERI Energy.

As a matter of fact, the Norwegian journalists are so confused that they don’t even know how many pages long is the „contract” they are talking about. They published a photo of a document with the following explanation: „Contract: Our newspaper has a copy of the 40 page long deal.” After two paragraphs, talking about the same „document”, the journalists say that the newspaper „got its hands on a copy of the agreement, which is 49 pages long.”

4. How “mystical” a company owned by a member of Dubai’s ruling family can be?

According to the tabloid, Africa & Middle East Resources Investment Group (Ameri Energy) is “a mystical company”. It is a strange conclusion since the Norwegian journalists themselves admit that the owner of the company is a member of the ruling family in Dubai.

The gas turbines are manufactured by US-based General Electric.
5. The most unwanted man

The most part of the tabloid’s article is dedicated to a Pakistani Norwegian named Umar Farooq Zahoor.

According to the Norwegian journalists, Umar Farook Zahoor is “wanted internationally” “through Interpol channels”. OSI checked with the Interpol and this information proved to be false. Farook Zahoor is not on Interpol’s wanted persons list. He would have been arrested if he would have been “wanted worldwide”. The Norwegian journalist and, obviously, the Interpol know exactly about Farook Zahoor’s whereabouts in the past nine years (“a luxurious mansion in one of Dubai’s most fashionable neighbourhoods”). Furthermore, in the last six years he has travelled all over the world not only as Amery Energy’s employee, but also as a consultant for a respectable Norwegian company, NBT ASA.

The Ghanaian Government took precaution. The US-based JP Morgan and the Bank of Ghana conducted their own due diligences on Ameri Energy before confirming the $51 million standby letter of credit issued by the Government. Neither these precautionary measures, nor the fact that Farook Zahoor is no longer working with Ameri Energy, convinced the Norwegian tabloid that the Government didn’t sign a contract with a company with a dubious background.
6. When General Electric joins forces with NPP

The Ghanian Government did what’s good for Ghana. They entered into an agreement with Dubai-based Ameri Energy which, in partnership with Greece-based METKA, obtained a better deal for the ten mobile gas turbines manufactured by US-based General Electric. General Electric lost money. They have expected the African Government to comply with their requirements. The Ghanaian Government rejected General Electric direct offer and the company sold its turbines at market price. So the corporation orchestrated a campaign against the Government.

The campaign has local support. Divided by a long-running power struggle between two factions the main opposition party, the New Patriotic Party (NPP) is using the Ameri scandal as an opportunity to unite around an anti-government agenda.

Read as well the update to the article: UPDATE: Ameri Group Llc rejects false and malicious claim made by Vg of Norway and remains confident in its business