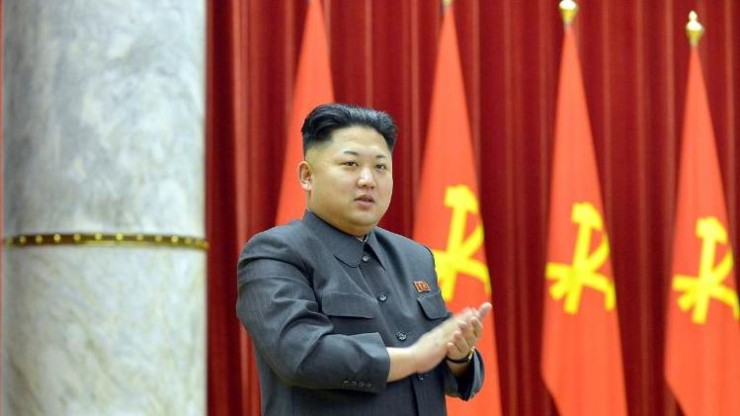 Kim Jong-un is the third generation of the Kim family that has ruled with absolute power the Democratic People’s Republic of Korea (DPRK), commonly referred to as North Korea.

Kim Jong-un has had few years to consolidate power and he has been struggling to control his regime. Since the death of Kim Jong-il in 2011, Kim Jong-un has been removing key members of his family and his father’s old guard.

Kim Jong-un methods are extremely brutal. According to South Korean Government, North Korea’s ruler has executed about 70 officials “in a reign of terror” since taking power in late 2011.

As a result of North Korea’s isolation, bias in reporting on the country has occurred in international media. North Korea is almost completely isolated and because of this it is difficult to check stories and establish cold hard facts.

However, the regime’s brutality is a fact and OSI put together several of the most reliable examples of executions ordered by the supreme leader Kim Jong-un.

In October 2012, Kim Chol, a deputy minister of the army was executed with a mortar round for reportedly drinking alcohol and carousing during the official mourning period after Kim Jong-il’s death in December 2011.

On the orders of Kim Jong-un to leave “no trace of him behind, down to his hair”, Kim Chol was forced to stand on a spot that had been targeted for a mortar round and “obliterated”.

In December 2013, Jang Sung-taek, Kim Jong-un’s uncle, was arrested in front of a party meeting, found guilty of treason and immediately executed. Once the North Korea’s second-most powerful figure, Jang Sung-taek was executed by firing squad for “attempting to overthrow the state”.

North Korea regime officially described Jang Sung-taek as “traitor to the nation for all ages”, “worse than a dog” and “despicable human scum”. Country’s official Korean Central News Agency (KCNA) indicated that Jang saw the death of Kim Jong-un’s father as an opportunity to challenge his nephew and win power. Jang Sung-taek was also accused of using drugs and “squandering foreign currency at casinos while he was receiving medical treatment in a foreign country under the care of the party”. According to KCNA, “the discovery and purge of the Jang group, a modern day faction and undesirable elements who happened to worm their ways into our party ranks, made our party and revolutionary ranks purer and helped consolidate our single-minded unity remarkably and advance more dynamically the revolutionary cause of Juche (the official ideology of North Korea, AN) along the road of victory”.

Kim Jong-un himself described the execution of his uncle as the removal of “factionalist filth”, in his New Year message, adding that his purge left North Korea in a much stronger position. “The discovery and purge of the Jang group made our party and revolutionary ranks purer”.

O Sang-hon, deputy minister in the Ministry of Public Security

In the beginning of 2014, O Sang-hon, a deputy minister in the Ministry of Public Security was executed with a flame thrower.

O Sang-hon was accused of corruption and “counter revolutionary” activities. He was blamed of being a Jang Sung-taek’s loyalist and of following Jang’s instructions to turn the ministry into a personal security division to help safeguard his business dealings.

Ma Won-chun, director of the Designing Department of the National Defence Commission

In November 2014, Ma Won-chun, a lieutenant-general and architect who designed the building of a new ski resort and of Pyongyang Airport, was executed.

Ma Won-chun had also once served as deputy director of the secretive Finance and Accounting Department in the ruling Workers’ Party.

In February 2015, two North Korean deputy ministers who challenged Kim Jong-un over his policies were executed by firing squad on spying charges.

A forestry deputy minister was executed after complaining about North Korea’s forestation plan. Another official of similar rank was executed for hesitating over plans laid out by Kim for the construction of a new building to be created in the shape of a flower named after the founder of North Korea, Kim Il-sung.

In April 2015, North Korea’s Defence Minister Hyon Yong-chol was arrested and executed for showing disloyalty to leader Kim Jong-un. Hyon was killed by anti-aircraft fire in front of an audience of hundreds.

Hyon Yong-chol was accused of fallen asleep during an event attended by Kim Jong-un and of not following orders.