When you buy frozen meat in Ghana – and Ghanaians buy lots of it – you put money into Nana Akufo Addo’s pockets. Akufo Addo and his family control almost the entire frozen food market. Nana Akufo Addo is behind Amaadi Coldstores Ltd, a major importer registered in his brother’s name. Amaadi imports huge amounts of frozen chicken. Part of NPP’s ruthless plan of exploiting Ghana’s economy, Akufo Addo’s imports made him rich. But the consequences for Ghana’s poultry farms were catastrophic. More than 5,000 Ghanaians lost their jobs as a result of the collapse of the domestic poultry industry. 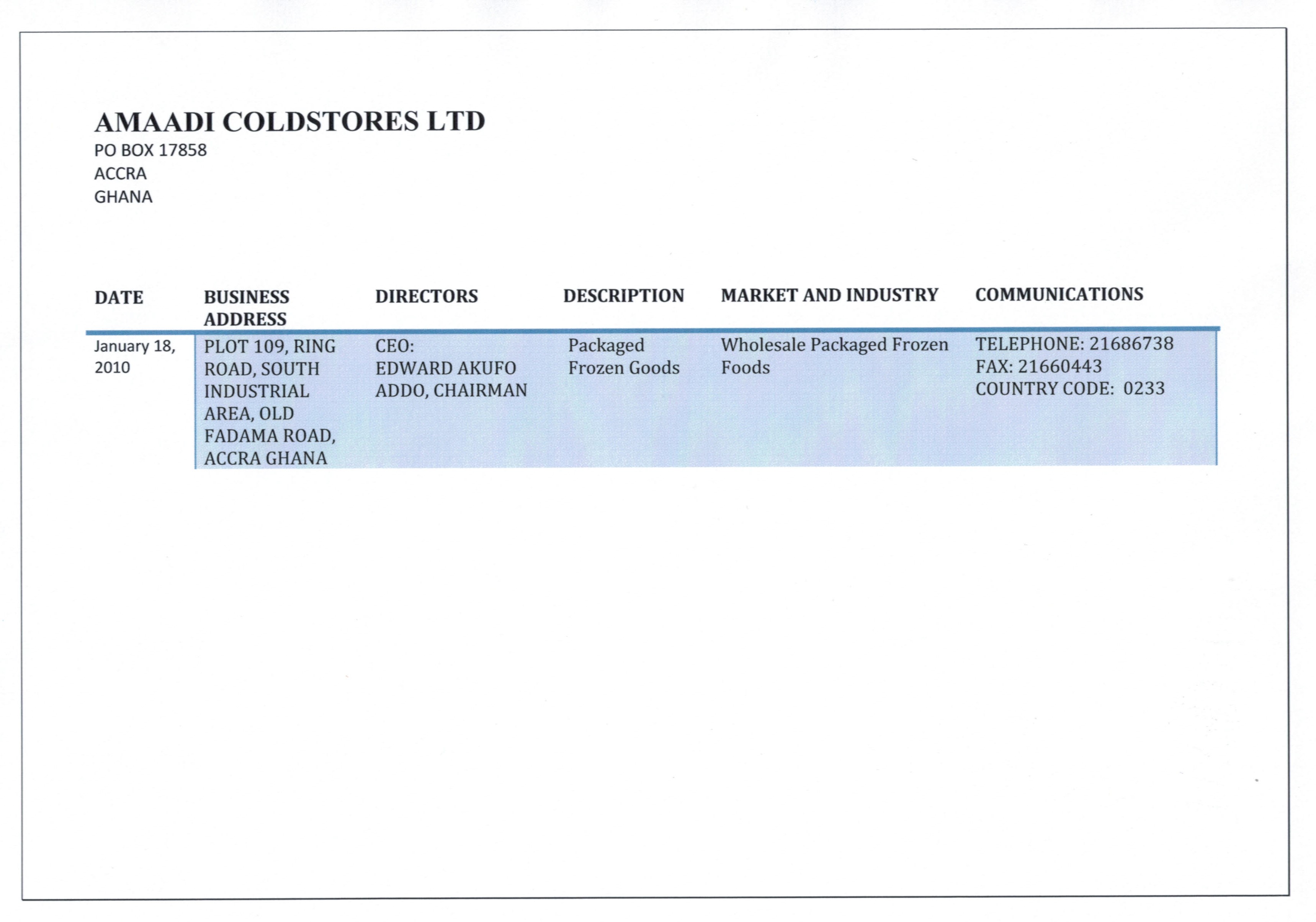 In fact, although the company is registered in his brother’s name, it is Nana Akufo Addo who controls Amaadi Coldstores. In September 2013, the prestigious Copenhagen Business School published a study called “The Danish-Ghanaian business meeting – An analysis of the differences between Danish and Ghanaian business culture”. The Danish study established that European food groups have entered into partnerships with Ammadi Coldstores because “Edward Akufo Addo’s family is in politics”. Ammadi’s foreign business partners negotiate directly with Nana Akufo Addo and describe him as “incredibly politically influential”.

27.5 tons of frozen chicken per shipment

Amaadi Coldstores imports all kind of food: rice, maize, beans, milk, fish, fruits and vegetables. But the company’s core business is the import of frozen chicken.

OSI has evidence that Akufo Addo’s company imports huge amounts of frozen chicken. According to a Bill of landing issued by Cooltrade, an exporter from Canada, in 2007, in a single shipment, Akufo Addo imported 27,493 kg (2,630 cases) of frozen chicken. 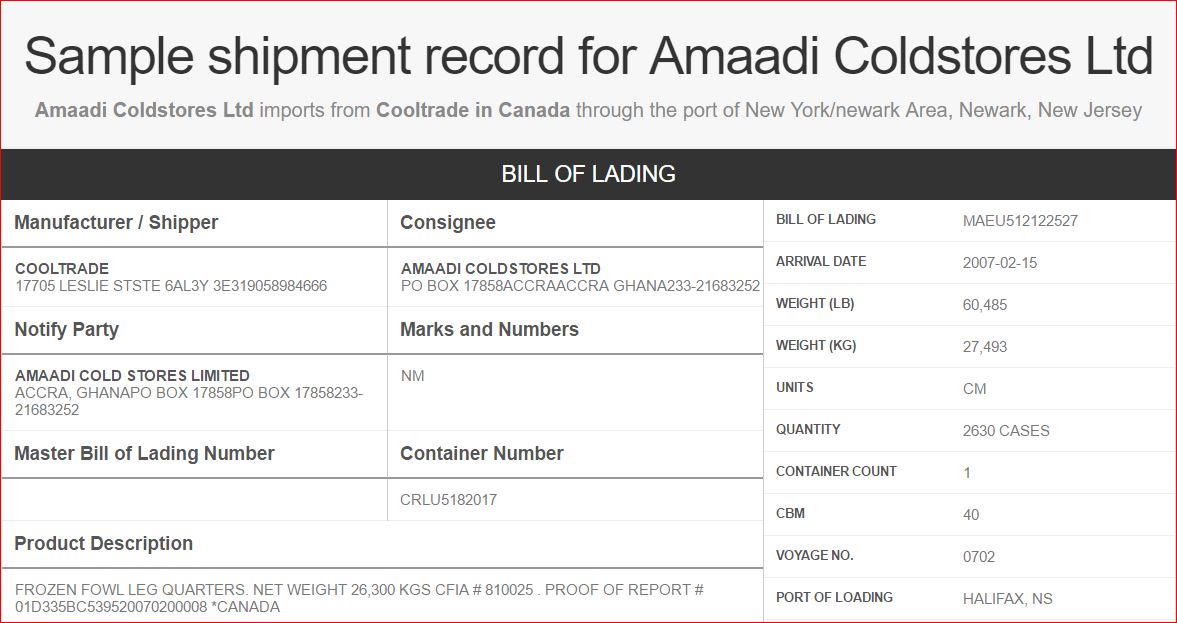 In 2007, Nana Akufo Addo was a minister in the NPP cabinet. His company’s import of frozen poultry from Canada was part of NPP’s ruthless plan of exploiting Ghana’s economy. Akufo Addo enriched himself by importing frozen meat while deliberately destroying Ghana’s poultry industry.

In 8 year of NPP government, imports of broiler meat have increased by 600% from 12,000 metric tons in 2000 to over 72,000 metric tons in 2008. Ghana has become one of the major importers of frozen poultry in the world. In 2008, Ghana imported almost one-third of the European Union’s total frozen chicken that goes to Africa.

At the same time domestically produced broiler meat has fallen from nearly 60 percent of all poultry consumed in Ghana in 2000 to a single digit figure in 2008. In 2003, the Ghana Poultry Farmers Association petitioned Akufo Addo’s Government to protect them by raising import tariffs. The desperate farmers were snubbed by Akufo Addo.

Akufo Addo imported low quality poultry produced by US, Canadian or European farmers who receive generous subsidies from their governments. The unfair competition with Akufo Addo’s cheap imported poultry products have resulted in huge job cuts. More than 5,000 Ghanaians lost their jobs as a result of the collapse of the poultry industry.

Ghana’s large poultry farmers were forced into other types of farming or quitting altogether. Already by 2002, the domestic market – which supplied 95 percent of Ghana’s poultry requirements in 1992 – only provided a dismal 11 percent. For hundreds of small-scale producers, the influx of poultry imports has also proved devastating.

Akufo Addo’s imports of frozen chicken made him rich. But the consequences for Ghana’s economy were catastrophic.  Once prosperous, Ghana’s poultry farms collapsed.