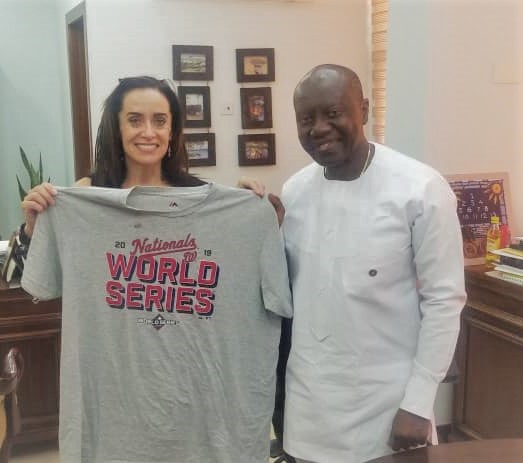 Ghana’s President Nana Akufo-Addo rewarded his electoral consultants, KRL International, with a $1 million contract. The agreement was signed by KRL International and Ghana’s Ministry of Finance, led by Nana Addo’s cousin and campaign finance manager, Ken Ofori-Atta on 28 June 2017. KRL claimed it was already providing lobbying services on behalf of the Ministry of Finance of the Republic of Ghana in April 2017, two months before the contract was signed. KRL’s CEO Riva Levinson frequently travels to Ghana. All these trips are paid for by the Ghanaian taxpayers.

Documents filed with the US Department of Justice show that on 28 June 2017, after running Nana Addo’s presidential campaign in 2016, Washington-based PR firm KRL International was rewarded with a consultancy lobbying contract with the Government of Ghana. (see doc KRL_Ghana_Government_Agreement).

In exchange to KRL’s services, the Ghanaian Government offered to pay a monthly fee of US$25,000 plus expenses. By July 2020, Ghana’s taxpayers have already paid at least 900,000 USD to Nana Akufo-Addo’s foreign consultants. By the end of Akufo Addo’s term, in December 2020, the amount will exceed 1 million dollars.

Ironically, KRL International, one of Ghana’s worst foreign detractors (www.opensourceinvestigations.com/ghana/), has been hired based on the “desire” of the Akufo-Addo’s cabinet to “engage the services of an experienced and reputable firm with expertise in advocacy, communications and investment promotion, to support the development agenda of the Government of the Republic of Ghana”.

The agreement was made by KRL International and Ghana’s Ministry of Finance, led by minister Ken Ofori-Atta, and it was signed by KRL’s founder and CEO, Riva Levinson, and Ken Ofori-Atta’s deputy minister Charles Adu Boahen. 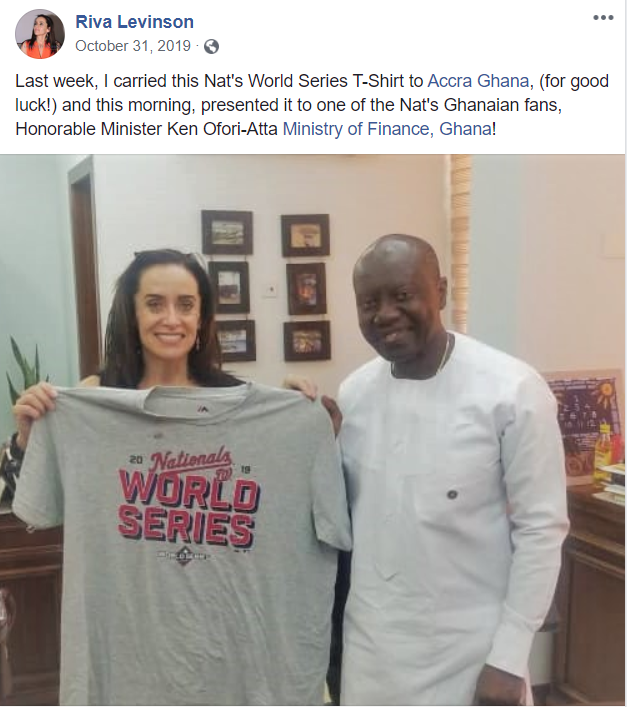 The very same Ken Ofori-Atta had signed the 2016 contract between the New Patriotic Party and KRL, hiring the American PR firm to run Nana Akufo-Addo’s presidential campaign. As revealed by OSI, KRL used the June 2017 contract with the Ministry of Finance in its effort to cover up the fact that KRL’s contract with the NPP had been transferred to the Office of the President-elect for Ghana. (www.opensourceinvestigations.com/ghana/)

Even more strangely, in a statement filed with the US Department of Justice in August 2017, KRL International claimed it provided lobbying services on behalf of the Ministry of Finance of the Republic of Ghana in April 2017.

That would be two months before the contract between KRL and the Ministry of Finance was signed.

According to the agreement signed by KRL International and Ghana’s Government, “it is mutually agreed that “other expenses”, which will be exclusive to international travel cost, and travel outside of Washington DC metropolitan area, will be paid for by the client and are outside of the scope of the fees herein.”

Riva Levinson was a speaker at the “International Sheroes Forum” in Accra in May 2018, celebrated the Fourth of July at the U.S. Embassy in Ghana in 2018, was awarded an honorary degree in Doctor of Laws by the University of Ghana, surprised Ken Ofori-Atta with gifts in October 2019, and so on.

Each time, Riva Levinson’s travel and lodging costs were covered by public funds. For the 6 months period from 1 August 2019 to 31 January 2020, for example, Ghana’s Government paid a whipping 22,540 for travel and lodging for KRL employees traveling to Ghana. (see doc
5788-Supplemental-Statement-20200226-26

Now what about Akufo-Addo’s re-election campaign?

Ghana’s governments were forced to hire US lobbying firms in the past to protect national interest. Presidents Kufuor, Mills and Mahama have all turned to lobbying firms to provide advocacy services for Ghana and obtain access to the US Government. All of those contracts were uncontroversial. Nana Akufo-Addo is the first Ghanaian president who is using public funds to reward his foreign campaign consultants.

The June 2017 agreement was renewed several times and is still in effect. While his foreign electoral consultants have been paid with public funds, President Nana Akufo-Addo has already started his re-election bid.

Ghana’s President and his party should clarify fully and publicly that KRL International, Riva Levinson and her current or former associates are not involved in Nana Akufo-Addo’s re-election campaign.