Home
Dictatorship
The beginning of the end – Venezuela’s demise

The beginning of the end – Venezuela’s demise 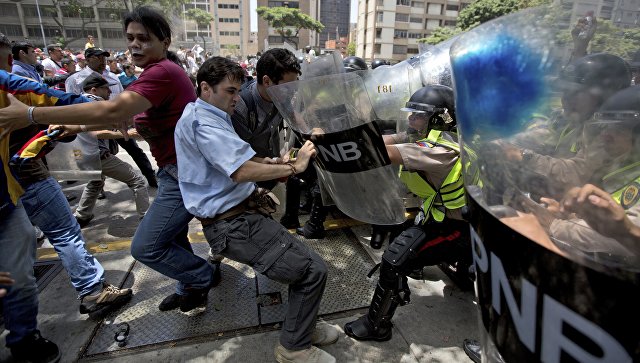 As previously reported by the Open Source Investigation team, Venezuela is currently descending into complete chaos as more clashes are reported between the loyalist Chavistas and the opposition members that want incumbent President Nicolas Maduro out. After the 29th of March vote, in which the Supreme Court – under the control of Maduro – announced that it was taking over the powers of the opposition-controlled National Assembly, the political and social landscapes in Venezuela have completely shifted from a stance of public defiance to an open rebellion against the current administration – and what is unfolding before our eyes is truly troublesome.

On July 30, Venezuelans were called on to choose the members of the new National Constituent Assembly that will be tasked with drafting a new constitution for the country – unsurprisingly, President Nicolas Maduro claimed total victory in the aftermath of the elections, even though the opposition rejected any plans for a constituent assembly and refused to take part in the election. Moreover, the opposition parties held an unofficial referendum on the assembly on the 16th of July, referendum in which more than seven million people rejected the forming of a constituent assembly to begin with (according to the article 347 of the Venezuelan constitution, the constituent power lies with “the people”). Nonetheless, the company that provided the voting system – Smartmatic – alleges that the controversial vote in Venezuela has been “tampered with”, with more than one million votes being unaccounted for, according to its CEO, Antonio Mugica. Smartmatic is a Venezuelan-owned multinational company that specializes in technology solutions aimed at governments – it is organized around producing electronic voting systems, smart cities solutions and identity management systems for civil registration.

“It is with the deepest regret that we have to report that the turnout numbers on Sunday 30th of July for the Constituent Assembly in Venezuela were tampered with”, Mr. Mugica told a media conference in London.

While the Venezuelan electoral council has already dismissed the allegations as “baseless” and “preposterous”, the company that provided the voting system – Smartmatic – has shown that their system has supplied correct voting statistics, while altered results were announced in their place by the Venezuelan authorities. Separately, a Reuters report allegedly shows an internal memo from the Venezuelan electoral authorities saying that four million votes had been cast just two hours before the polls closed – if authentic, this internal memo proves even more that the whole electoral process has been tampered with massively.

After the July 30 election results came in, the international response was quick and decisive: Columbia, Mexico, Peru and most of the Western countries, including the US, issued a statement in which they said that they did not recognize the results whatsoever and that the election is illegitimate by all standards. However, old allies Bolivia, Cuba, Nicaragua and Russia stood by Maduro’s moves, urging all parties involved to solve the problems without resorting to any force. 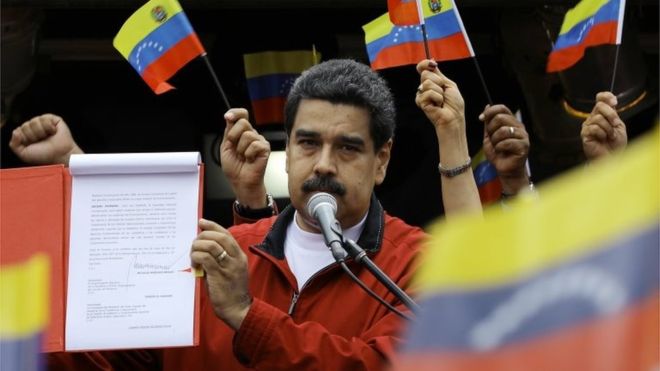 The opposition has vowed, however, to continue to protest until Maduro leaves office and the situation on the ground looks more and more troublesome by the hour. Armed governmental forces have been deployed on the streets to suppress any opposition rallies, arrests have been made against the opposition leadership and some sources say that some military divisions have already turned arms against the Government, joining the protesters.

A coup in the making – Operation David

Yesterday, military and paramilitary units announced the start of Operation David – openly rebelling against Maduro’s dictatorship and calling out for all military units to lay down their arms and join the opposition. The operation has already claimed its first success: 100 rifles and 10 grenade launchers have been raided from Governmental-owned army depot and more and more units are allegedly defecting the army. The rebel forces are, by all standards, well equipped, having at their disposal helicopters, tanks, armored vehicles and army-issued weaponry – which makes the whole situation truly problematic, as President Maduro still has his grip on a large part of the Army. The loyalists and the rebels have been clashing more and more ever since Operation David commenced and escalation of the conflict in the upcoming weeks is not only possible, but guaranteed.

“We declare a legitimate rebellion – today united more than ever with the brave people of Venezuela against the murderous tyranny of President Nicolas Maduro”, said Juan Caguaripano, the group’s leader. “This is not a coup but a military and civic action to re-establish constitutional order, but more than that it is to save the country from total destruction, to stop the murders of all our young people and relatives”. 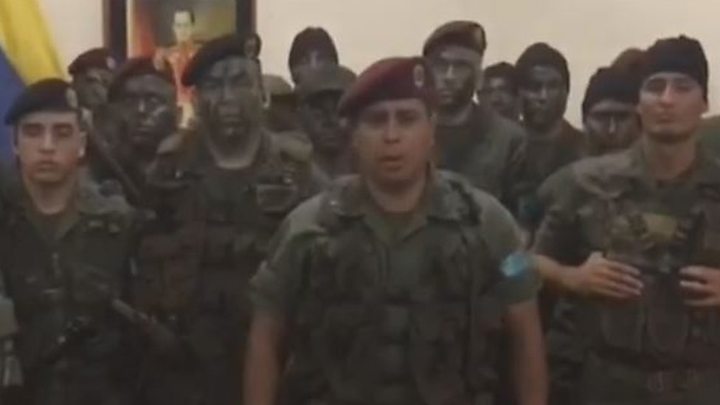 A search is under way at the moment for the men that escaped with weapons after an attack on the military base – the assault in the north-western city of Valencia was supposedly carried out by a group of 20 armed rebels. On state television, President Maduro congratulated the army for its “immediate reaction” in putting down the attack in the early days of Sunday – however, the information that is getting out from the country portrays the situation as much more complicated than the Venezuelan authorities says it actually is.

Throughout the whole crisis, the Venezuelan army has, for several times, reaffirmed its “unconditional loyalty” to President Maduro – but this is subject to change. The opposition has already tried to test the loyalty of the armed forces to no avail, but with the economy being pushed to the ground completely, how long can the President hold his strength over the Army? The video that surfaced on Sunday calling for an open rebellion against the government forces claimed to be from the 41st Brigade in Valencia – the Maduro administration quickly stated that the men in the videos were merely civilians dressed in military outfits, but is that the real truth?

As we have seen countless of times in modern history, when the economic situation gets desperate and the civic outcry gets louder and louder, a revolution is bound to unite both the civilians and the army. After all, soldiers have families and nobody can truly escape the food shortages and the spiraling inflation that is affecting millions every day. With more and more voices pilling up against Maduro’s rule, you have to wonder when and if the army will eventually side with the protesters, as it normally should.