Home
Covid-19
Why The World Will Change

Why The World Will Change 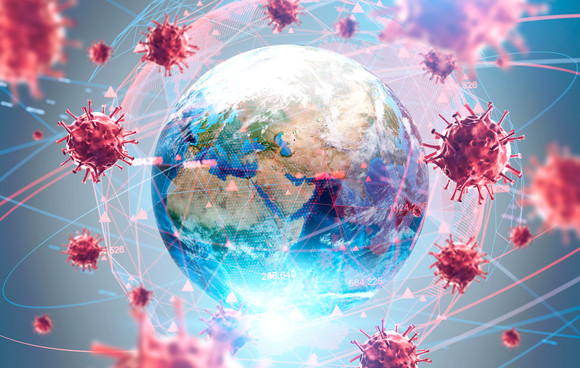 During the current Covid-19 pandemic, a plethora of articles were written on how this pandemic will change the world. From new working styles to new ways of exercising political rights, virtually nothing was left outside the scope of such analyses.

However, all these articles took their premise – namely, that the world will indeed change – for granted. Nobody questioned it. The fact that the world will change was presented as a certainty, the only thing remaining to be discussed revolving around how will it change.

So, will the world change, or is this just wishful thinking coming from some progressive or futuristic minds?

Judging from what political leaders and their electorates around the world are saying, the change seems less than certain. “Back to normalcy” is the current mantra of many people, and the politicians have little else to do but to oblige if they still want to remain representative. Many still interpret the pandemic as an accident, like a volcanic eruption, an earthquake or a terrorist attack – a brief interruption of business as usual. After the accidental problem is solved, people could get on with their lives and return to the normalcy of their pre-accident patterns of living.

The general population doesn’t interpret this pandemic as a disruptive event bringing fundamental and long term change, with deep consequences on old patterns. Yet this is precisely what this pandemic actually is. Contrary to popular belief – and hope – the world will indeed change. And the reasons for this are both simple and powerful.

The first and most important reason for this is that, during this pandemic, many corporations switched to remote work, because the technology was already available. What these corporations found out was that remote work is as productive (and in some cases even more productive) than office work. Not only that, but remote work is cheaper than office work (because, obviously, a lot of office production costs were cut off), and this allows for a larger margin of profit.

The combination between equal (or even increased) productivity and lower production costs is a powerful motivator for change.

In fact, all that is needed for the change to take place is one large corporation making the switch to remote work permanent. When this will happen – and the probability for this to happen is akin to certainty – that particular corporation will gain a powerful competitive advantage over its more change-aversive competitors. In the end, if they want to stay in the race and keep making money, everybody else will follow – and remote work will become the new normal.

Because of the technological constraints, work used to be spatially concentrated – first in factories, then in corporate offices. And just like the factory age was over due to automation, the age of the corporate office is now over due to digitization.

What this pandemic made apparent is that work doesn’t need to be spatially confined anymore.

We need to realize that the modern world is centered around work. How we work has larger, deeper and powerful social and political consequences. Our societies changed dramatically when the factory was replaced by the corporate office.

Now, the end of the corporate office era and the complete de-spatialization of work will bring significant new social and political changes. Remote work will generate a new mentality, new expectations and new demands – from remote voting to remote political participation and so on.

To sum it up, those who say the world will change after the pandemic are absolutely right. And the main reason they’re right is that work has already changed (or at least it is about to change) in a fundamental way.

We’re about to enter into a de-spatialized economic, social and political world. This has already become inevitable. The governments who fail to see this, who are change-aversive and yearn for the return of business as usual will either condemn their nations to stagnation – or will be swept away by social and political revolutions.