Home
Corruption
Killing a Mosquito to Hide an Elephant: The Strange Case of Société Générale and Patokh Chodiev

Killing a Mosquito to Hide an Elephant: The Strange Case of Société Générale and Patokh Chodiev 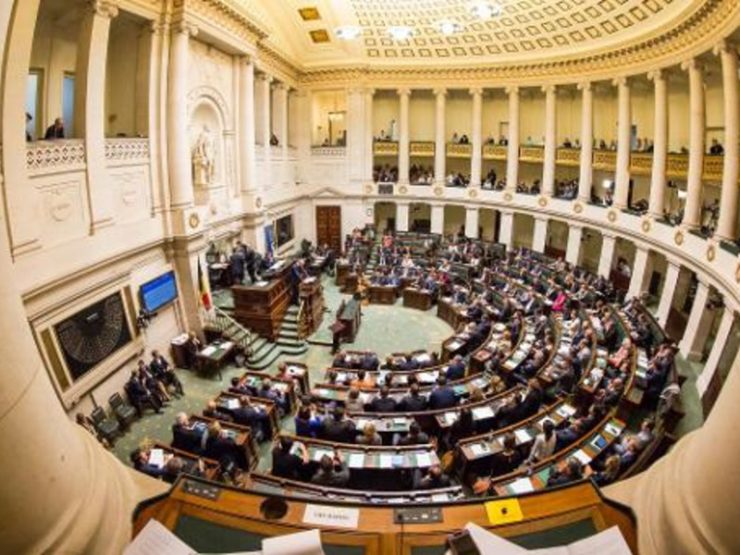 OSI proved in a previous piece that this was the first such transaction that took place after the Belgian Parliament amended the Code of Criminal Procedure in April 2011. The amendment came into force on 16 May 2011. Two weeks later, on 30 May 2011, the prosecutor who was investigating Société Générale asked his superiors to approve the transaction. 11 days later, on 10 June 2011, the transaction was signed.

OSI also proved there are strong indications that the amendment of the Belgian criminal law was pushed precisely to favor Société Générale.

Frédéric Oudéa, Société Générale’s CEO at the time, had strong connections with the French President Nicholas Sarkozy. Sarkozy, on the other hand, was a close friend of Didier Reynders, at the time Vice-Prime-minister in the Belgian Government and Minister of Finance. The Belgian MPs publicly recognized that it was Reynders who pushed them hard to vote the amendment.

In spite of all these proven truths, the Belgian media keeps accusing Patokh Chodiev, a London-based Uzbek oligarch with Belgian citizenship, for being the alleged beneficiary of the criminal law reform. The Belgian Parliament even created a commission to investigate Chodiev’s naturalization.

There is every indication that Chodiev is being framed as a villain in the Belgian media because this helps Société Générale to stay under the radar. This campaign has all the marks of what experts call “black PR.”

OSI will keep digging into this strange case of media blindness and public misattribution of moral responsibility. Sooner or later, one Belgian journalist or politician will talk. Until then, we decided to present more evidence of Société Générale’s guilt.

How it all began

According to the Public Prosecutor’s office in Turnhout, Société Générale has provided the necessary false documents and bank accounts for the disputed money flows. According to the same source, the fraud, discovered in 2010, amounted to 89 million euros. (source: http://www.dhnet.be/)

The case, which was eventually transferred to the Public Prosecutor’s office in Anvers, was closed in June 2011, with Société Générale paying 40 million euros – almost half of the discovered fraud.

It is worth mentioning that, when they reported the news in July 2011, the Belgian media acknowledged this was the first transaction that took place after the reform of the Belgian Code of Criminal Procedure (see, for instance, here: http://www.lalibre.be/). An access of honesty and good reporting that has never occurred since then.

Idealism as a weapon of choice for consummate cynics

It is precisely the fact that Chodiev is an oligarch that helped the Belgian media to transform him into the perfect scapegoat. He came to Belgium from the former Soviet Union – so he must be connected with the Russian mafia. He wasn’t born in Belgium – so he’s vulnerable. He is rich – so he’s suspect. He made his fortune exploiting natural resources – so he must be dirty. In short, if you want to frame someone, Chodiev would make a perfect choice.

The Belgian media and the Belgian politicians are putting up a great show, where they spectacularly kill a mosquito to hide an elephant. The show is best performed if at least some politicians genuinely believe that the mosquito is the true elephant.

This is the case of Georges Gilkinet, the vice-president of the parliamentary commission that investigates Chodiev. As an idealist ecologist, he puts a lot of energy into fighting Chodiev, since he represents everything Gilkinet hates. The irony is that one morning Gilkinet will wake up realizing he was played by an even worse ideological enemy: Société Générale.