Venezuela – a cry for help 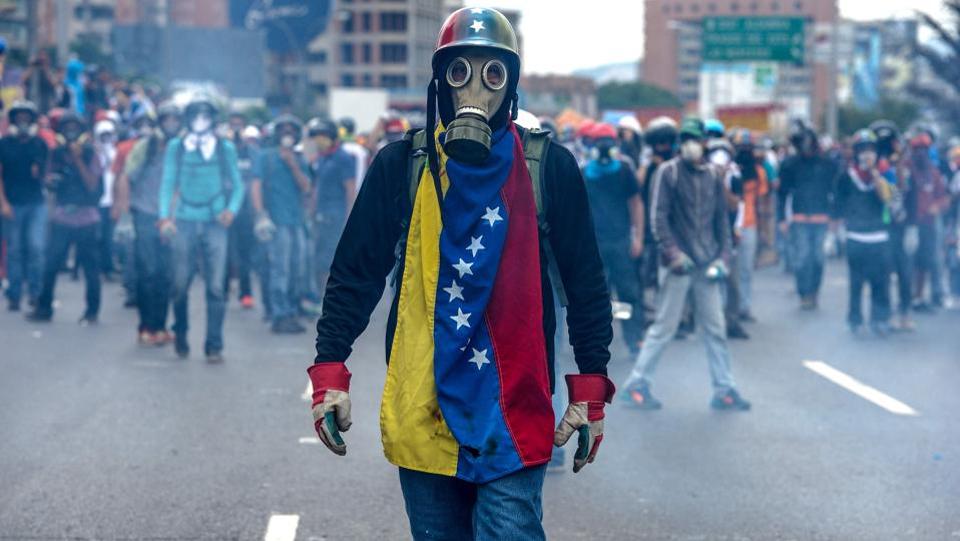 Months after Juan Guaido, the leader of the opposition-controlled National Assembly, declared himself as interim president, Venezuela has plunged into a major political crisis that seems to have no end in sight. President Nicolas Maduro is still calling the shots, the Venezuelan Army is still divided in either showing its support to Maduro or Guaido, and the Venezuelans themselves are still fleeing the country en masse, leaving behind a broken nation and a looming humanitarian crisis on the horizon.

Despite being recognized as the country’s leader by more than 50 nations, Juan Guaido, the self-declared interim president, is still struggling to garner enough support from both the public and the military in order to topple down President Nicolas Maduro once and for all. The frequent diplomatic calls from many countries across the world towards Maduro stepping down have yet to show any results, and with Putin’s Russia now in the mix, the situation in Venezuela is more chaotic than ever. 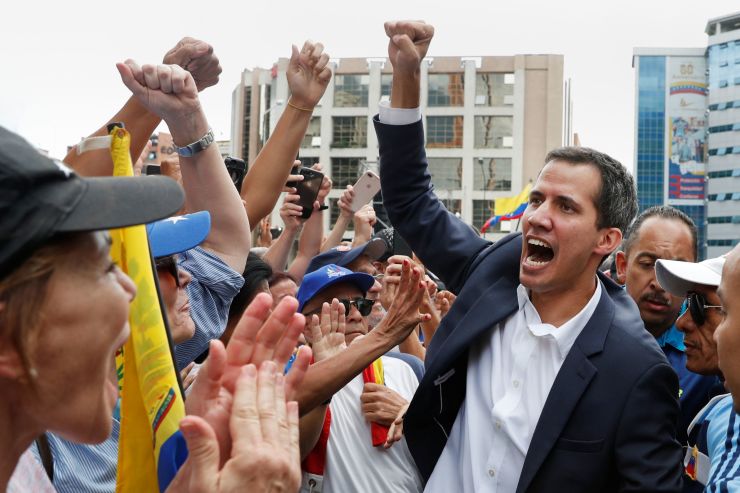 This past Friday, Nicolas Maduro called his former intelligence chief, Manuel Cristopher, a “traitor” and said that he had helped Juan Guaido plan a military uprising on the 30th of April. This whole thing shows us that there have been on-going talks between various military elements within the Venezuelan Armed Forces and the opposition itself, which confirms a US official report that mentioned how the US administration has been trying to put pressure on Venezuelan military officials. But at what costs, given that the same reports have mentioned how the US has promised complete immunity to any high-ranking officer that would defect to Guaido’s side.

A country for no men

In the meanwhile, Venezuelan opposition members are fleeing the country after Maduro has started cracking down on the politicians, accusing them of treason for supporting last month’s failed uprising. For many, including tens of thousands of civilians, the neighboring countries are their only hope of surviving. 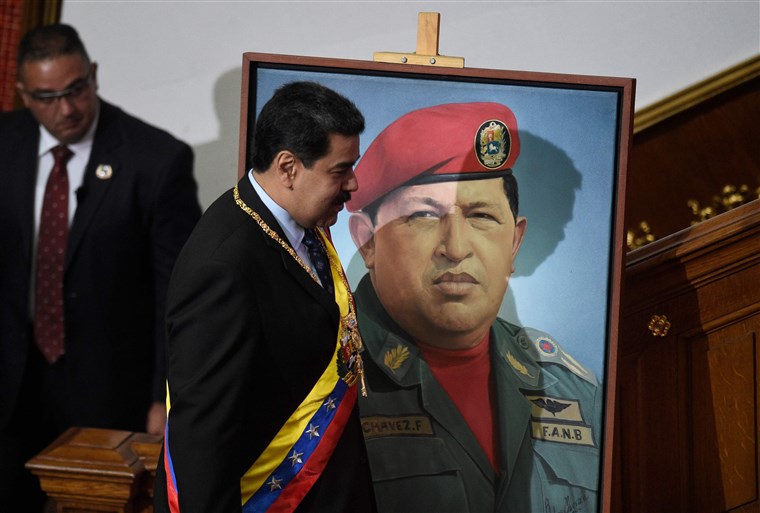 “I am out of the country, in Colombia, sheltered from a regime that is willing to imprison deputies”, said Luis Florido, one of 10 politicians that have been charged with treason this past month. “Before leaving, I consulted with many friends, all of them told me: Luis, don’t let yourself get caught, don’t give a trophy to the regime that has kept you hungry for so long”.

Since 2014, more than 13% of the Venezuelan population has left the country, with many other preparing their leave as soon as possible. This mass wave of migration, caused by a corrupt and ruthless political class, hyper-inflation and food shortages, is slowly morphing into an international catastrophe the likes we’ve never seen before. The ramifications of this crisis are already being felt all across the American continent, with countries such as Colombia or Brazil acting as the front-line for the tens of thousands of Venezuelan refugees that are fleeing their homeland in search for a better life.

Truth be told, this entire situation is so peculiar that we can’t really talk about any real solutions being found for this crisis, not until the waters calm down a bit. Nicolas Maduro is not showing any signs of backing down from his position and the recent Russian “humanitarian” help, which allegedly has seen thousands of Russian mercenaries being shipped to Venezuela to aid Maduro, definitely doesn’t help defuse the situation. It’s worth mentioning however that the Russian authorities have completely denied the rumors that they have sent mercenaries in Venezuela, with Russian Deputy Foreign Minister Sergey Ryabkov saying the following:

“This is all aimed at whipping up tensions, [it’s like] pouring gasoline on the fire” 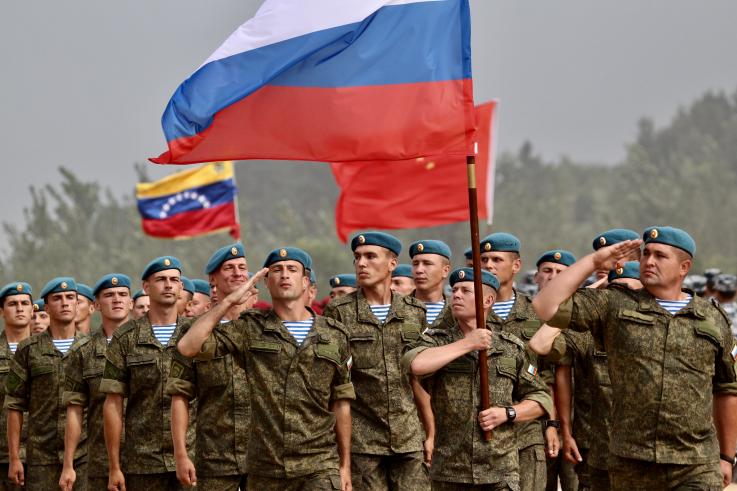 Nevertheless, everything seems to be spiraling out of control in the South American country. Blackwater, the American private security firm, has recently pitched President Trump with a plan to deploy more than 5000 mercenaries in Venezuela in order to topple Nicholas Maduro’s regime. While official sources have confirmed this encounter between Blackwater’s CEO Erik Prince and President Donald J. Trump, the same sources have said that the White House would not support such a plan.

Juan Guaido, the leader of the opposition and the self-proclaimed President, is still struggling to find his “perfect moment”, and the recent crack-downs on the National Assembly by Maduro’s forces has seen many prominent opposition politicians, such as Richard Blanco, Mariela Magallanens and Americo De Grazia seeking refuge in neighboring countries.

Despite calls for a peaceful transition, Venezuela’s Foreign Minister, Jorge Arreaza, has said Monday that his country is ready for any potential US attack, warning the United States not to meddle in his country’s affairs.

“We are ready for all scenarios. The first is diplomacy, dialogue, peace. But if Washington opts for the military path, we have an armed force, a people, a national guard that will be able not just to resist and fight, but also to win”. Ironically enough, Jorge Arreaza has said this during a press conference after a meeting in Moscow with his Russian counterpart, Sergey Lavrov. 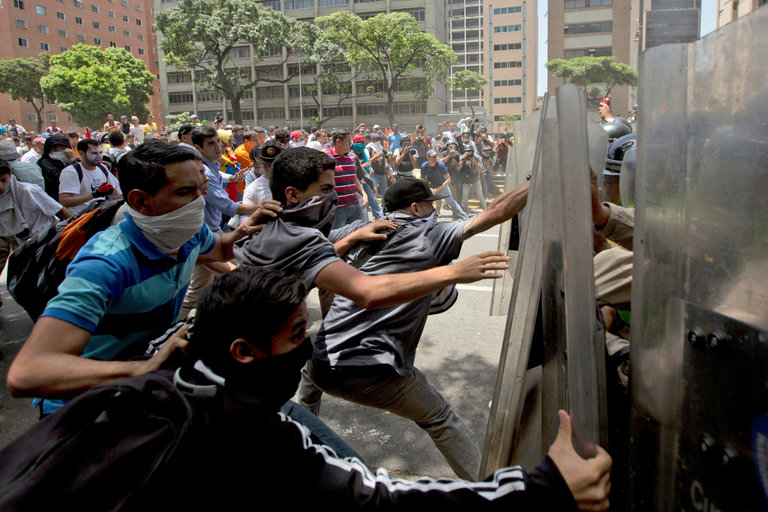 On the other side of the aisle, Juan Guaido reiterated that he is not ruling out the option of asking the US for military support.

“I believe that it is not only wise to assess it given the crisis and tragedy that Venezuela is living through, but to prepare alternatives, if the regime intends to continue radicalizing a process that has brought us to disaster. I, as the president in charge of the national parliament, will evaluate all the necessary options”, he said.

With Cuba and Russia now in the official team, Maduro’s Venezuela seems to be pursuing a policy of not backing down whatsoever, despite what the international community wants. In the meanwhile, the situation in the country is getting worse day by day, and the ones that suffer most are the people themselves. Prisons are being filled with “dissidents” and “traitors”, citizens are being gunned down by security forces, and thousands are trying to flee the country, reminding us of the times when Eastern Europeans were trying to run away from communism in the West, risking their lives in the process. 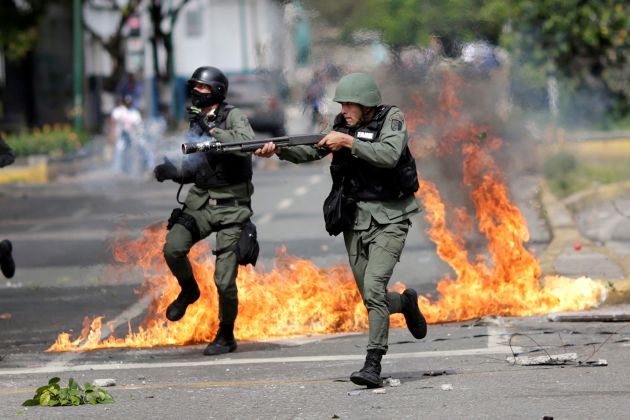 If a diplomatic solution is out of the table, Venezuela will most likely be a study case for one of the worst humanitarian crises in the history of mankind. There’s absolutely no winner in this equation, regardless of who ends up as the President in the end. The Venezuelan people have already suffered immensely, and to rebuild the nation from the scratch will not only prove to be a tedious task, but also a huge strain on the psyche of the Venezuelans themselves, who are now more divided than ever.

We just hope that the country won’t turn into another Syria-like scenario, but judging the actions of both Russia and the US, it seems that we’re heading for yet another long-term proxy war. Only this time, to the horror of the Americans, the war is not over an ocean, but just several countries away from them.