Spain – when politicians go too far 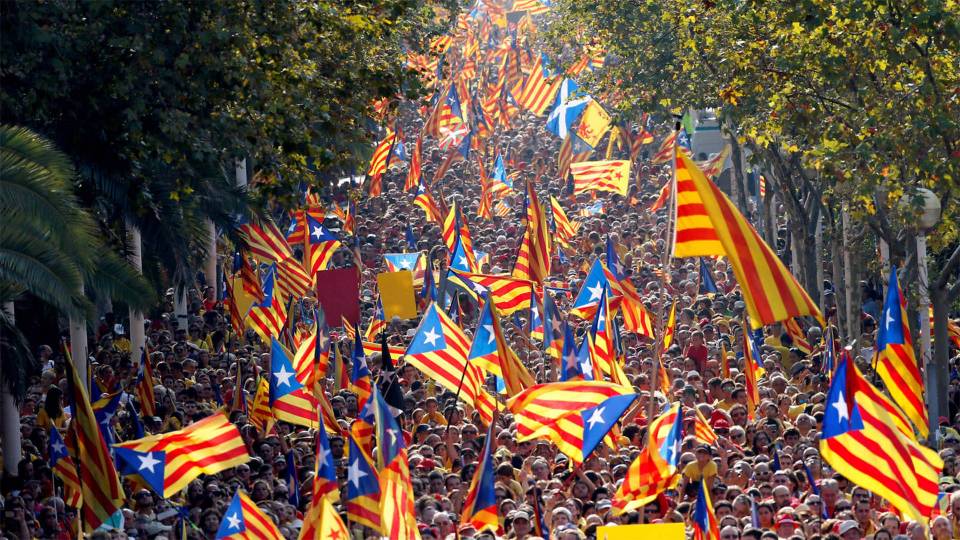 The on-going crisis that is developing in Spain is not only worrisome, but could also spiral out of control very quickly if the emotions that are being fuelled into it are not defused immediately by the Spanish and Catalonian authorities. During the last couple of days, we have heard both sides supporting their ideas passionately, but who’s really in the right and who’s in the wrong?

In order to fully grasp the whole situation, we must first look at what the Constitution of Spain states in regards to any attempts of starting a secessionist movement on the Spanish territory – Section 2. “The Constitution is based on the indissoluble unity of the Spanish Nation, the common and indivisible homeland of all Spaniards; it recognizes and guarantees the right to self-government of the nationalities and regions of which it is composed and the solidarity among them all”.

The Spanish constitution was ratified in 1978, marking the culmination of the Spanish transition to democracy after the death of the former head of state, Francisco Franco. It was adopted after a country-wide referendum on the matter, which saw 91.81% of the Spanish voters supporting it – including the citizens of Catalonia. As a result, Spain is composed entirely of 17 Autonomous Communities and two autonomous cities with varying degrees of autonomy. All of this is stipulated under Article 143, section 1: “In the exercise of the right to self-government recognized in Article 2 of the Constitution, bordering provinces with common historic, cultural and economic characteristics, island territories and provinces with historic regional status may accede to self-government and form Autonomous Communities in conformity with the provisions contained in this Title”

With this in mind, we can clearly see that when it comes to the act of secession that the Catalonian politicians are so vigorously promoting, everything revolving around it looks like an illegal measure, as it completely contradicts the Spanish Constitution. Moreover, the Catalonian independence referendum was already deemed as unconstitutional by the Spanish Supreme Court, which clearly issued a statement saying that it will not recognize the right of an autonomous region to take a unilateral decision to break away from Spain.

While the Catalonian politicians are seemingly exploiting the emotions of millions of their own citizens by trying to impose ideas such as “the right to self-determination” and the “right to decide”, this is far away from the legal truth. Sure, a group of people should be able to decide what is best for themselves, but this needs to be done within each country’s legal framework – in this particular situation, if the Catalonian politicians really wanted to discuss the issue of secession, they should first have called for a nation-wide referendum in order to chance the 1978 Constitution, and if successful, proceed with a referendum regarding the autonomy of the Catalonian region. But they didn’t.

What happened before and what’s coming next?

In the last elections, the Catalan pro-independence parties got 1.975.358 votes out of a census of 5.510.798. That means that 35% of Catalonians voted for a pro-independence party or another, which leaves the rest of the population in a grey-area when it comes to the issue of separation from Spain. Furthermore, the official results of the October 1st Referendum clearly shows that only 42.68% of the population voted – with 91.96% of them in favour of independence (2.020.144 votes). What happens with the people that are not in favour of the independence? What happens with the people that still consider themselves as Spanish?

The clashes that occurred on the 1st of October between the Spanish Police force and the people that wanted to vote are indeed condemnable, when looking at them from an external point of view. But we have to take in consideration the fact that the police acted on the orders of the judiciary system – trying to prevent an independence referendum from taking place on the orders of a judge because it was decided that it violated the Spanish Constitution. Moreover, the autonomous Catalonian police force – the Mossos d’Esquadra – that was tasked with blocking the people from voting, disobeyed orders on the day of the referendum – which in turn led to the Spanish Civil Guard intervention as a way to uphold the law. 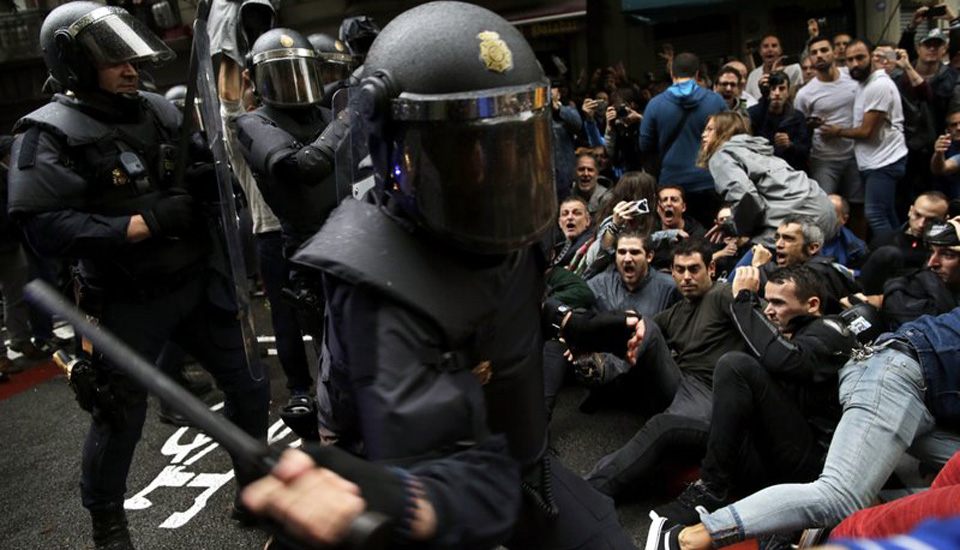 We have to understand one thing – the Catalans are already almost totally self-governing. They manage their own prison system, their police, education and health. As far as the treasury is concerned, they control tax collection – while the central government controls the redistribution of public funds. In many ways, Catalonia is one of the most autonomous region in the whole of Europe, which begs many to ask the question: “What are their reasons behind all of this?”

Amid the political drama of the past few days, it is easy to overlook that a clear majority of the Catalans did not endorse secession from Spain at all. It is easy to overlook the fact that the entire crisis is fuelled by unknown actors and the motives behind it are indeed as grim as they get – if successful, this secessionist movement might trigger a snowball effect that will affect the entirety of the European Union. Not only Spain will cease to exist – given that there are other regions, such as the Basque Country and Galicia, that have powerful nationalist movements that would probably follow the Catalonian lead – but secessionist movements might pop out all across Europe, completely dismantling the whole idea of a “United Europe”.

The following days are critical. The Catalonian President, Carles Pugdemont, seems hell-bent on pushing forward with the declaration of independence, completely ignoring the constant warnings that come from Madrid. The Spanish King, Felipe IV, issued a very rare and harsh statement, saying that the Catalonian government’s behaviour had “eroded the harmony and co-existence within Catalan society itself, managing, unfortunately, to divide it”. Moreover, he added that “these authorities have scorned the attachments and feelings of solidarity that have united and will unite all Spaniards”.

We’ll have to wait and see who makes the first move. Nonetheless, this is the greatest constitutional crisis that Spain and Europe itself have been through in the last decades – if not resolved, we are either doomed to see secessionist movements springing all around the continent, or the Spanish government attempting to suspend the regional autonomy and take complete control of Catalonia’s institutions.

A move which, as Carles Pugdemont said, will be “an error which changes everything”.