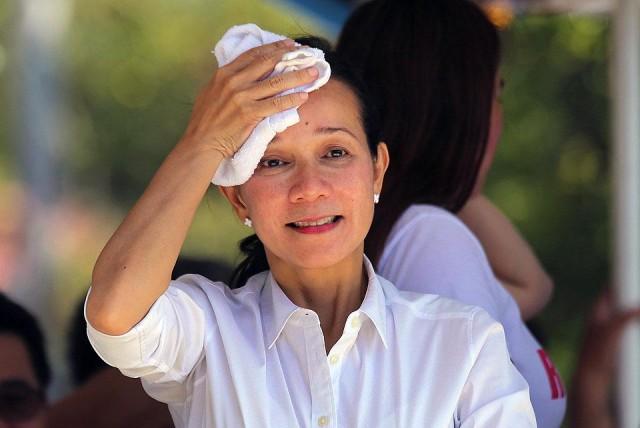 Grace Poe’s American home was in a CIA community. Herndon is the home of CIA. Grace Poe’s house was next to the CIA headquarters, the CIA University and the CIA Foundation. The largest CIA contractors are based in Herndon. The Philippine presidential candidate and the CIA Director were neighbours.

In 1998, Grace Poe was a preschool teacher and her husband was a student. A year later, they bought the million dollar house in Herndon. Where did the money come from? Not from her parents, Grace Poe has repeatedly said.

Therefore there must have been another provider of money: a sponsor willing to offer a luxury life to the daughter of a Philippine movie star with political ambitions; a sponsor interested in preparing a presidential candidate for the Philippines; a sponsor with unlimited funds, one who meddles with the Philippines internal affairs.

Home of the CIA

CIA headquarters is in Langley, but, in the last 20 years, Herndon, about 20 kilometres to the west, has become the real home of the CIA.

One of the newest and largest CIA buildings is in Herndon. It is a 1million-square-foot facility with cast-in-place concrete walls and bullet and blast-proof windows. It is located on Grove Street, 15 minutes’ drive from Grace Poe’s home in Winter Oaks Way, Herndon.

CIA University (CIAU) was established in 2002, soon after the 9/11 attacks and is located in Chantilly. Herndon and Chantilly are neighbouring towns in Northern Virginia. Although it does not issue degrees, CIAU is the primary education facility of the CIA. CIA University is 10 minutes’ drive from Grace Poe’s home in Herndon.

Also as a response to the 9/11 attacks, the CIA Officers Memorial Foundation was created in December 2001. The Foundation is a non-profit/tax-exempt organization with $13.6 million in total assets and a total revenue of 3.9 million in 2013. CIA Foundation is located in Herndon. The address is 2251 Corporate Park Dr, Herndon, 15 minutes’ drive from Grace Poe’s home.

They’re all based in Herndon

Herndon is not only the location of many CIA facilities, but also a bedroom community for the U.S. residing CIA agents.

The Director of the Central Intelligence Agency himself, John O. Brennan, live in Herndon. In fact, the current Philippine Presidential candidate was CIA Director’s neighbour in Oak Hill, one of the wealthiest and most exclusive communities in the US. Brennan’s home is located in 13351 Point Rider Ln, 5 minutes’ drive from Grace Poe’s.

Many of the CIA current and retired agents reside in Herndon. Even Ralph Mcgee, one of CIA’s top agents in the Philippines in the 50s, lives in Herndon not far from Grace Poe’s house.

Herndon and its surroundings are also home to the largest CIA contractors: Booz Allen Hamilton, CACI International, Scitor and, of course, SAIC – the largest private intelligence service in the world and Neil Llamazares’ employer. In 2013, Amazon Web Services won a $600 million contract to build a “private cloud” for the CIA. Amazon announced that is looking for engineers who already have a “Top Secret / Sensitive Compartmented Information” clearance, or are willing to get it, which includes a U.S. government administered polygraph examination. The location of the Amazon’s jobs was specified: where else? – Herndon, Virginia.