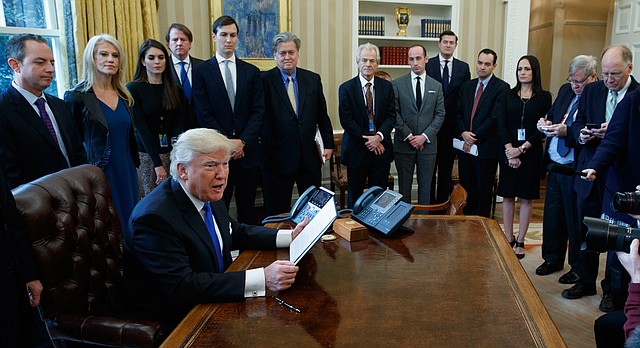 Northern Dynasty Minerals is a Canadian company listed on the American Stock Market that currently owns the biggest gold and copper exploitation site in North America: Pebble Project in southwest Alaska, USA. The exploitation of the minerals is, however, unprofitable, given the current standards of regulations in environmental protection.

For this reason, up until recently, the Canadian company was in dire straits. A bipartisan coalition, including environmentalists, Alaska Natives, and commercial fishermen, fought the development of Pebble project, leading the Environmental Protection Agency in 2014 to stop the project in its tracks.

The election of Donald Trump, however, has fueled hopes that a more mining-friendly EPA will allow the project to move forward. Since Election Day, Northern Dynasty’s stock price has increased 326% amid a host of promotional campaigns.

Northern Dynasty Minerals has thus been jolted back to life by the ascension of Donald Trump to the White House, which promises to lead the loosening of regulations and permitting approval processes for resource extraction in the United States.

After Trump’s promises, Northern Dynasty sent letters to potential investors, bragging about the fact that it now has the full support of the new Washington administration – even changing the name of the project to Trump’s Gold.

As a result, two companies – Teck Resources and Denham Capital – decided to invest approximately 1 billion dollars in order to acquire 50% of Pebble Project.

Trump said he is willing to relax the current environmental regulations that are being applied to the mining industry precisely to allow Northern Dynasty to start the exploitation of the gold and copper deposits. If this action comes to fruition, an environmental disaster is inevitable in Alaska – or so the environmental protection activists say.

The mission of the company is difficult nonetheless. The withdrawal of the EPA’s veto, if it even occurs, will do little to safeguard Pebble. Even if the company obtains all the required permits to start the exploitation, it would still need hundreds of millions of dollars in investments and at least 4 years in order to set the infrastructure up for the project.

Trump’s mission will be difficult as well, given the opposition coming from the Democrats. So then, the question that pops out revolves around Donald Trump’s interests around this project. Some sources say the US President could be an investor in this Canadian company, but this information has yet to be confirmed.