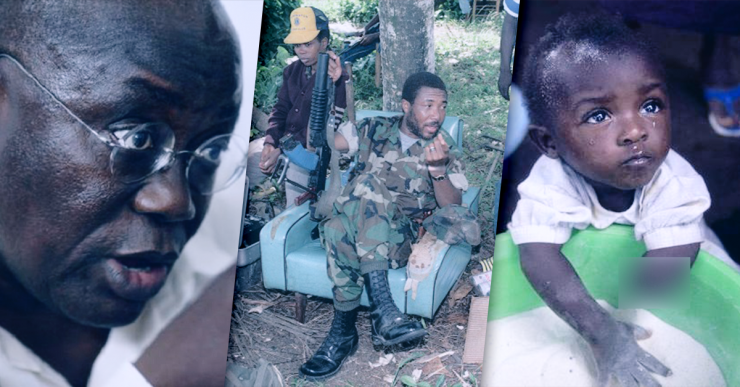 On 3 June 2003, the Liberian presidential plane landed on Accra airport. One of the world’s most vicious leaders, Liberia’s President Charles Taylor arrived in Ghana at the head of a 62-member delegation. Taylor, the principal backer of Sierra Leone RUF rebels who gained a reputation for atrocity by hacking off civilians’ limbs, was in a rare trip outside his country. The UN-backed Special War Crimes Court for Sierra Leone immediately issued an arrest warrant against him. The prosecutors, the people of Sierra Leone and the entire international community were certain that the Liberian warlord would be arrested and brought to trial.

But they were all wrong. Because on the airport to meet Taylor was his close friend, Ghana’s Minister of Foreign Affair, Nana Akufo Addo.

On 4 June 2003, the Special Court for Sierra Leone issued an arrest warrant against Charles Taylor, the President of Liberia. Taylor was indicted for “bearing the greatest responsibility for war crimes, crimes against humanity and serious violation of international humanitarian law”. The indictment was announced as Charles Taylor arrived in Accra for peace talks with Liberian rebels waging war against his government. The Special Court prosecutors had no way of arresting Taylor in Liberia, so they waited until he travelled to Ghana before unveiling the indictment. The international warrant was served on the authorities of Ghana and transmitted to Interpol.

Nana Akufo Addo and other members of the NPP (the New Patriotic Party) Cabinet were known to have strong ties with Charles Taylor (a Liberian rebel group had nearly refused to attend talks in Ghana for fear of the security of its representatives). However, the international community was confident that the Ghanaian authorities would detain the Liberian president.

Not only did the Ghanaian government make no effort to apprehend Taylor, but Nana Akufo Addo personally participated in the indicted war criminal escape.

The indictment was made public just before Taylor appeared in Accra at the opening of the peace conference. Taylor and Akufo Addo left the conference abruptly. Followed by Taylor’s entourage, they drove quickly to the airport with a Ghanaian security escort. On their way to the airport, Taylor went on the radio by cell phone to assure his supporters he was returning. Akufo Addo provided Taylor with the Ghanaian presidential jet and the warlord returned to the immunity of Liberia. His own plane carried other delegates with whom he had flown to Ghana.

Ghanaian Foreign Minister Nana Akufo Addo spoke to journalists at the Accra airport as Taylor’s flight departed. He said that the Ghanaian government had not been informed of Taylor’s indictment. “As much as I respect the BBC, I can’t arrest people on their reports“, said Akufo Addo. That was a blatant lie. Both the Special Court for Sierra Leone and the Interpol had served the Ghanaian government with the warrant.

But Akufo Addo went even further. He described Taylor’s indictment as an “embarrassing incident” and accused the prosecutors of undermining “the peace process”. 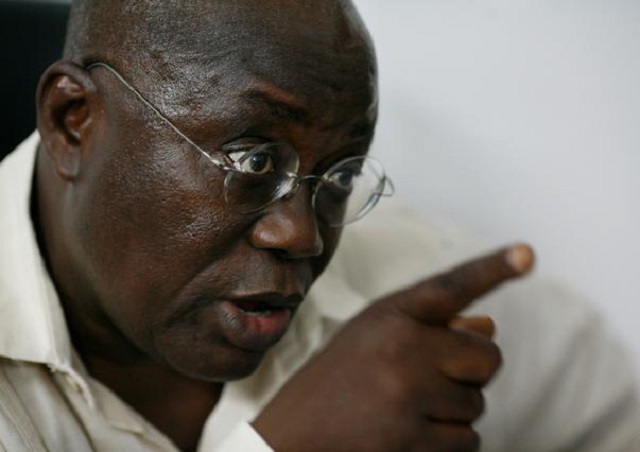 Akufo Addo’s actions shocked the world. Officials of the war-crimes court for Sierra Leone expressed disappointment that an indicted war criminal was helped to evade arrest. Akufo Addo’s claims of not being officially asked to arrest Taylor were proved wrong. A day after Taylor’s escape, on June 5, David Crane, an American who was chief prosecutor for the Special Court told the CNN: “We sent an order of arrest to the Ghanaian authorities, which they received and acknowledged”.

“The failure of the Ghanaian authorities to hold Charles Taylor in Ghana is disturbing and perplexing. Nothing could justify allowing this man, indicted by an international court, the ability to escape its reach,” said Richard Dicker, director of the international justice program for Human Rights Watch.

Prominent media across the world talked about “a giant step backward for the cause of international justice”, “the Ghanaians not having the will to arrest Taylor”, “the disingenuous claims of the Ghanaian Foreign Minister Nana Akufo Addo”.

So, who did Akufo Addo save?

The indictment charged Taylor with directing a joint criminal conspiracy that included terrorizing the civilian population, unlawful killings, sexual and physical violence, the use of child soldiers, abductions, forced labour, looting, burning and the murder of UN peacekeepers. 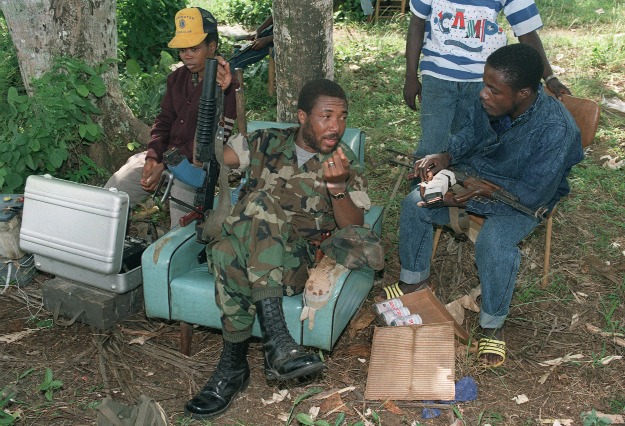 Trained and supported by Libyan leader Muammar Gadhafi, Charles Taylor, fuelled the devastating civil war in Sierra- Leone by providing financial and logistical assistance to the Revolutionary United Front (RUF). He supplied weapons in exchange for blood diamonds. Due to a UN embargo against arms sales to Liberia at the time, these weapons were largely purchased on the black market through arms smugglers such as the notorious Viktor Bout.

Some 50,000 people died in Sierra Leone’s civil war and the Taylor-backed RUF rebels were unspeakably brutal. Entire families were gunned down in the streets, girls and young women were taken to rebel bases and sexually abused, and children and adults had their limbs hacked off with machetes. The rebels carried out large numbers of mutilations, in particular amputation of hands, arms, legs, and other parts of the body. 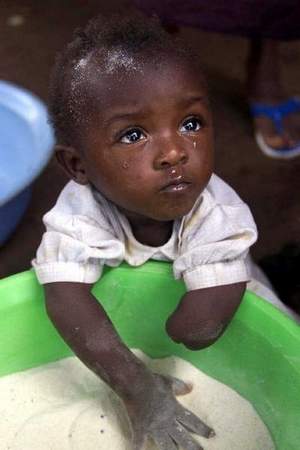 Nana Akufo Addo is currently one of Ghana’s presidential candidates. Nowadays, the former Minister of Foreign Affairs likes to describe himself as a „champion of the cause of human rights, rule of law and justice”. We should ask Nana Akufo Addo if the mutilated children of Sierra Leone too had “rights”. We should ask him why did he save the man responsible for one of the most atrocious wars in the history of Africa.