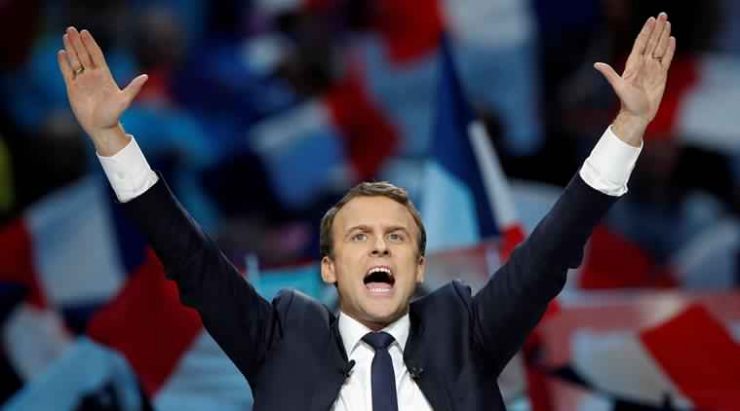 Now that the Presidential Elections are finally over and the new President of the Fifth Republic of France is confirmed to be Emmanuel Macron, the centrist candidate that ran the „En Marche!” platform, let’s take a closer look at some of the most serious aspects of the campaign and how it might affect the outcome of the elections in the short and long term.

With a few days before the second round of the Presidential Elections in France, documents emerged that supposedly showed how Emmanuel Macron has underreported his income and assets to the government ever since 2012, by using a shell company in the Caribbean island of Nevis, a country that doesn’t keep any ownership records of corporations. Moreover, the documents leaked also show the supposed ties between Macron and a bank involved in tax evasion in the Cayman Islands.

These leaks came after the furious debate between Front National’s Marine Le Pen and centrist En Marche’s Emmanuel Macron, in which the far-right candidate alluded at Macron of having ties with a Caribbean-based bank (located in the Cayman Islands) mainly used for tax evasion purposes. The original source for these claims remains uncertain – while the mainstream media has quickly judged the leaks to be the artwork of the Russian intelligence agencies (Nicolas Vanderbiest, a commentator for Radio France Culture, tweeted: “So the fake news story on Macron’s account in the Bahamas, we can say without being misleading, that it was by the Russians”), a more reasonable approach would be that the leaks emerged from the right-wing online page „Disobedient Media”, which was founded in California by journalist William Craddick.

The first document is an operating agreement signed on the 4th of May, 2012 to form „La Providence LLC” under the 1995 Nevis Limited Liability Company Ordinance bearing Mr Macron’s name and signature. Surprisingly, La Providence is the name of the high school Macron attended in Amiens, where he first met his wife. While many may disregard this document because of Macron’s past as a banker, the decision to form a company in Nevis is highly suspicious, as the Nevis Confidential Relationship Act prohibits the disclosure of information and guarantees the secrecy and privacy of offshore LLCs in Nevis. What does this mean? Information about company owners will never be published nor disclosed to the public by any Nevis authorities, which is why Bloomberg describes Nevis as one of the most popular tax havens in the Caribbean. Read the document here.

When asked in April if he was hiding offshore accounts or inheritances from French authorities, Macron denied the allegations completely. More so, the former investment banker has issued a statement regarding these leaks, citing that he was a victim of a “cyber misinformation campaign”, adding that he would take legal action against Marine Le Pen and Disobedient Media (Mr. Macron filed a legal complaint on the 4th of May, prompting the Paris prosecutor’s office to open a formal investigation into whether falsified documents or fake news were being used to influence voting ahead of the second round ballot). French newspaper Le Monde has debunked 19 things that Marine Le Pen said during the debate that were untrue – thus making these allegations regarding the tax evasion even harder to prove in the long run. Asked on BFM TV on Thursday morning if she had any proof to corroborate the claims, Le Pen admitted she did not – “Not at all” she said, “If I wanted to do so I would have done it yesterday. I’ve just asked him the question…”

If the abovementioned documents are confirmed as authentic, it would prove that not only did Macron lie to the authorities and the French electorate, but also that he has amassed massive funds in tax havens whilst working as a banker for the Rothschild Bank. These allegations are very serious for the centrist candidate that has tried to appeal to an electorate that feels disenfranchised by the current political establishment – if proven authentic, it would confirm the fact that Macron’s candidacy has been built on a foundation of lies and that he represents nothing more but the same establishment he claims he want to bring down. However, one must ponder the fact that these accusations might only be intricate lies used in a dirty election that has already seen the downfall of Republican candidate Fillon by similar means.

Whatever might be the truth, this whole situation shows how brutal and vicious this Presidential election has been in France – similar to the Hillary-Trump confrontation, Macron and Le Pen have gone on an all-out war against each other, while a big chunk of the French electorate seems more and more alienated by these two candidates and their proposed platforms. In a country that has been hit by countless terrorist attacks in the past 2 years and still faces a nationwide state of emergency, the political establishment has failed to push forward experienced candidates for the Presidential election and now the situation looks direr than ever.

Emmanuel Macron’s victory over the Eurosceptic Marine Le Pen is not a product of the “En Marche” candidate appeal to the French electorate whatsoever. As seen in the days after the election, anti-capitalistic and anti-establishment riots have been organised in some of the biggest cities in France, proving that a large segment of the French electorate was completely against both of the candidates. With a record number of over 3 million votes cancelled – people handing in empty ballots – and one million votes spoiled, this situation sets a record in France, a record that simply shows how millions of people felt that neither of the candidates represented them. 11.4 million people out of the 47 million that were eligible to vote chose not to – a number higher than the amount of votes that came in for Ms. Le Pen. The turnout – 75.3% according to the French Interior Ministry – is the lowest percentage since the 1969 elections.

What do the numbers tell us? Out of 47 million registered voters, circa 20.7 million voted for Macron – less than half of the French population. Marine Le Pen received 10.6 million votes, the highest amount of votes any far-right candidate ever received in France, proving that the National Front is set up to become the main opposition party in the next Parliamentary elections (up 10% compared to her father). 11.4 million people decided to boycott the elections, 3 million people voted in blank ballots , 1 million people ruined their ballots – this all adds up to a phenomenon that is truly historic for the Republic of France – 15.4 million people felt like neither of the candidates represented them, triggering a massive signal that the establishment should take notice of. This proves not only that the electorate feels disenfranchised by the current political establishment, but also that a lot of French citizens will be looking extremely closely at Emmanuel Macron’s next decisions as acting president of the French Republic. Albeit a pro-European candidate, a self-proclaimed defender of the EU ideals, Macron will have to pander to the needs and changes that most French citizens want – changes that revolve around border control, freedom of movement and immigration reforms. The alternative not to make changes along these lines could mean a short Presidency for Macron.

One way or the other, the French people have already lost. Between a centrist candidate that has no political experience whatsoever and a far-right candidate that ran her entire platform on the basis of anti-immigration reforms, the French electorate was forced to choose the lesser evil yet again – Holland 2.0 or French Trump.