The Kosovo elections: a Manchurian candidate 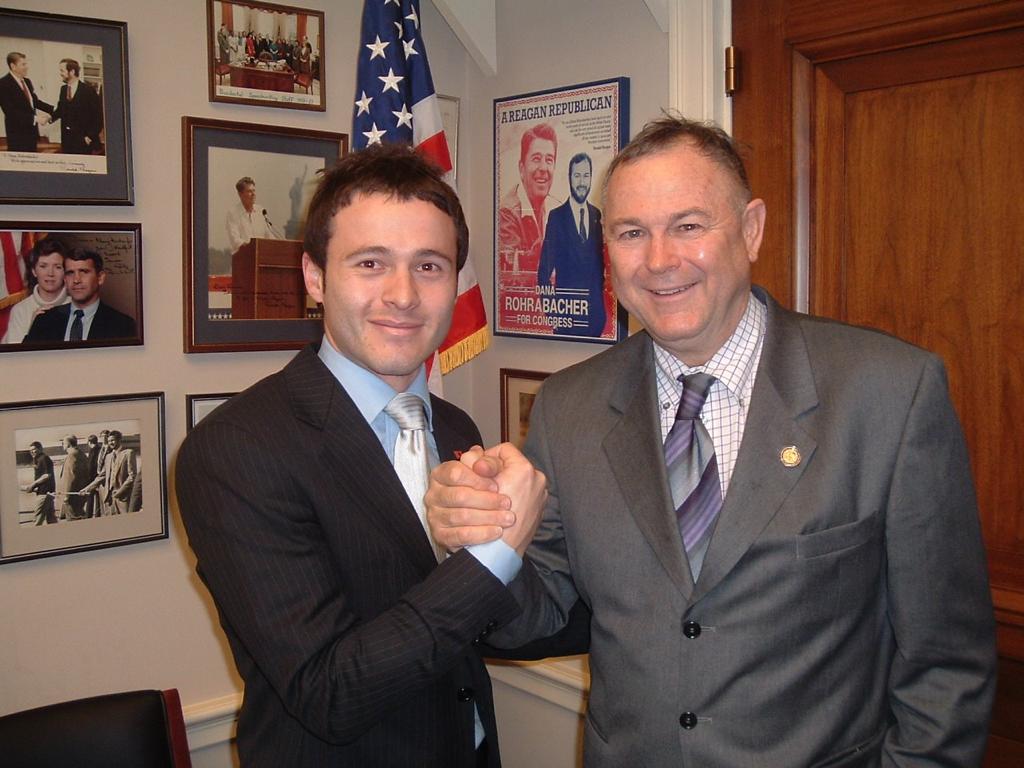 Vjosa Osmani-Sadriu is a senior member of the Democratic League of Kosovo (LDK) and party’s candidate for prime minister in the snap election scheduled for October 2019. Her husband is Prindon Sadriu, a high official in Kosovo’s Ministry of Foreign Affairs. The couple married in December 2012.

Prindon Sadriu, who was recently awarded diplomatic rank of minister (a promotion marred by accusations of nepotism), was appointed director for Bilateral Relations at the Ministry of Foreign Affairs in July 2008. Before that, from 2006 to 2007, he had worked for the US House of Representatives as an assistant to Republican Representative Dana Rohrabacher. “Working in the Congress of the United States was a wonderful experience that leaves an indelible mark” – Prindon Sadriu said in 2018. Indeed, Rohrabacher and Sadriu have remained very close. According to Vjosa Osmani (herself a declared friend and supporter of Dana Rohrabacher), the congressman has frequently met with Prindon in recent years.

In general such a relationship with a US representative would be beneficial for a candidate for prime minister, especially in Kosovo, one of the most pro-American countries in the world. But Dana Rohrabacher is not only the friend of Sadriu family. He is primarily the friend of Putin’s Russia. And Russia is in no way a friend to Kosovo.

Dana Rohrabacher used his position as the chair of the House Foreign Affairs Subcommittee on Europe (an important body overseeing policy toward Europe, including Russia) to advance Russian interests. He defended Russia’s incursion into Georgia in 2008 (www.telegraph.co.uk/Rebel-Republican-congressman-Dana-Rohrabacher-backs-Russia-over-Georgia) and the annexation of Crimea in 2014 (www.nytimes.com/kremlin-finds-a-defender-in-congress).

Rohrabacher opposed sanctions and lobbied to repeal the Magnitsky Act, which imposed penalties on Russian oligarchs and officials accused of corruption and human rights abuses. Rohrabacher proposed an amendment to strike the name of martyred Russian lawyer Sergei Magnitsky from the global anti-corruption bill, endorsing Russian version of events (claiming Magnitsky wasn’t a whistleblower, but a thief). (www.rferl.org/russia-us-magnitsky-global-act-passes-committee, www.nationalreview.com/global-magnitsky-act-stalled-russian-propaganda)

Rohrabacher used private memos provided by Russia in his fight against the Magnitsky Act and its successor Global Magnitsky. He travelled to Moscow, met with Putin confidants and accepted documents from Russian officials. www.politico.com/putin-congress-rohrabacher

Rohrabacher met Russian agents in Moscow, Sankt Petersburg and Washington. The congressman held several meetings with Maria Butina who later pled guilty, in a US court, to conspiracy to act as a foreign agent. (abcnews.go.com/russia-bistro-bis-calif-congressman-dined-accused-russian) In 2017, he dined with Butina’s associate, Alexander Torshin, the deputy governor of the Russian central bank who has been linked both to Russia’s security services and organized crime. (www.nytimes.com/dana-rohrabacher-putin-kremlin-under-fire).

Rohrabacher has come under intense investigative and political scrutiny for his closeness to Russia. He became so valuable to Kremlin that the FBI warned him that Russian spies were trying to recruit him as a spy. (www.newsweek.com/dana-rohrabacher-putins-favorite-congressman)

“I felt listening to him like I was watching RT, Russian Television”, a Democrat Congressman described him once. Fellow Republicans questioned his judgement and intentions. In 2017 the then-Republican majority leader, Kevin McCarthy, was caught on tape saying he believed Rohrabacher was on Putin’s payroll.

After 15 terms in Congress, Dana Rohrabacher has become an outcast in Washington, “the living, breathing embodiment of the moral corruption” (www.washingtonpost.com/a-not-so-fond-farewell-to-dana-rohrabacher-putins-best-friend-in-congress) Rohrabacher’s Russian issue forced him to face a tough re-election contest and, in November 2018, he lost his Orange County California seat.

But Dana Rohrabacher has also been an agent for Russian interests in Kosovo. Which raises a big question mark over Vjosa Osmani’s candidacy: Is Russia meddling in the Kosovo election?