Home
Dictatorship
UN Security Council: Congolese President is guilty of repression and must step down

UN Security Council: Congolese President is guilty of repression and must step down 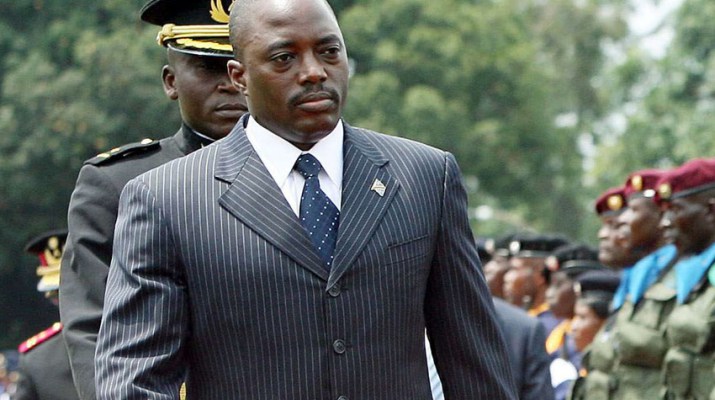 It has become obvious to world powers that there will not be presidential elections in the Democratic Republic of Congo in 2016. President Joseph Kabila, who has been in power since his father was assassinated in 2001, will remain in office beyond his Constitutional term. It has also become clear that Kabila seeks to retain power through political repression. Increasingly exasperated, UN Security Council decided to step in.

On 31 July 2016, tens of thousands of Congolese rallied in Kinshasa to demand President Kabila steps down when his mandate ends in December. It was the most recent of a series of mass nationwide protests that erupted in January 2015 following Kabila’s attempt to change the electoral law.

As revealed by OSI –  Kabila has so far responded with violence and repression, his security forces killing dozens of protesters. Opposition members, civil society representatives and journalists who challenged the idea of an extended presidency have been jailed, beaten and tortured. Leading opposition figure, Moïse Katumbi, who has announced his intention to run in the presidential election, is Kabila’s main target.

On 22 June 2016, a Congolese court sentenced Moïse Katumbi to 3 years in jail for selling a house that did not belong to him. The opposition politician, who is currently in Europe, was condemned in absentia.

Katumbi’s trial was a political farce. The plaintiff, a mysterious Greek citizen, was the same as in the case of another of president Kabila’s political enemies, Jean Claude Muyambo, who is now on Human Rights Watch’s list of political prisoners. Both opposition leaders faced identical ludicrous charges: Muyambo was locked up in 2015 for selling a building which the Greek citizen claimed belonged to his family. In both cases, the plaintiff’s lawyer was Ambroise Kamukuny an MP representing Kabila’s party and a very close associate of the Congolese President.

One month after Katumbi’s conviction, the presiding judge publicly accused officials of harassing her into signing the verdict and threatening her with arrest if she did not comply. “I was forced to sentence Mr. Moïse Katumbi“, judge Chantale Ramazani Wazuri wrote in a letter addressed to the Congolese government, the European Union, the African Union and UN representatives. She said the goal was to ensure Katumbi would be ineligible to take part in the upcoming polls. She accused the head of Congo’s intelligence services and judicial authorities of putting “physical and moral” pressure on her to “go beyond” the scope of the law.

Increasingly exasperated by Kabila’s tactics to delay the elections, UN Security Council has stepped in.

In two separate resolutions (Resolution 2277 of 30 March 2016 and Resolution 2293 of 23 June 2016), the Un Security Council expressed “deep concern at increased restrictions of the political space in the Democratic Republic of Congo, in particular recent arrests and detention of members of the political opposition and of civil society, as well as restrictions of fundamental freedoms such as the freedom of expression and opinion”. The Council called on the Government of DR Congo to ensure “a transparent, peaceful and credible electoral process”, stressing „the crucial importance” of holding the presidential and legislative elections by November 2016, „in accordance with the Constitution”.

On 7 July 2016, Deputy Secretary-General Jan Eliasson addressed the Security Council’s meeting concerning the Democratic Republic of Congo. According to the Deputy Secretary General, delays in the electoral process and increasing restrictions on democratic space are fuelling polarization and public discontent in DR Congo. An inclusive and credible dialogue is necessary, but President Kabila is unwilling to participate. “We face the risk of a tragic outcome, a severe crisis with a high probability of violence and persistent instability”, Eliasson warned. “What is at stake here, basically, is the long-term stability of the country. The international community and the United Nations have invested heavily in the DRC. We must preserve and build on the progress made.”

On 15 July 2016, the Security Council expressed “deep concern at the recent arrests and detention of members of political opposition and of the civil society in DR Congo”. Couple of days later, the United Nations High Commissioner for Human Rights, Zeid Ra’ad Al Hussein, arrived in Kinshasa. On 21 July, concluding his mission, the UN Commissioner accused the repression against opposition parties in the coming elections. He also said he is very concerned about the increasing harassment of civil society representatives and journalists, as well as the repression of voices which oppose the Government. The UN High Commissioner warned that the current political uncertainty could lead to serious crisis.

The UN Security Council’s message is unequivocal: Joseph Kabila must leave power. But will a corrupt and oppressive president, who has clung to power using violence, abuse, fraud and murder, step down peacefully?