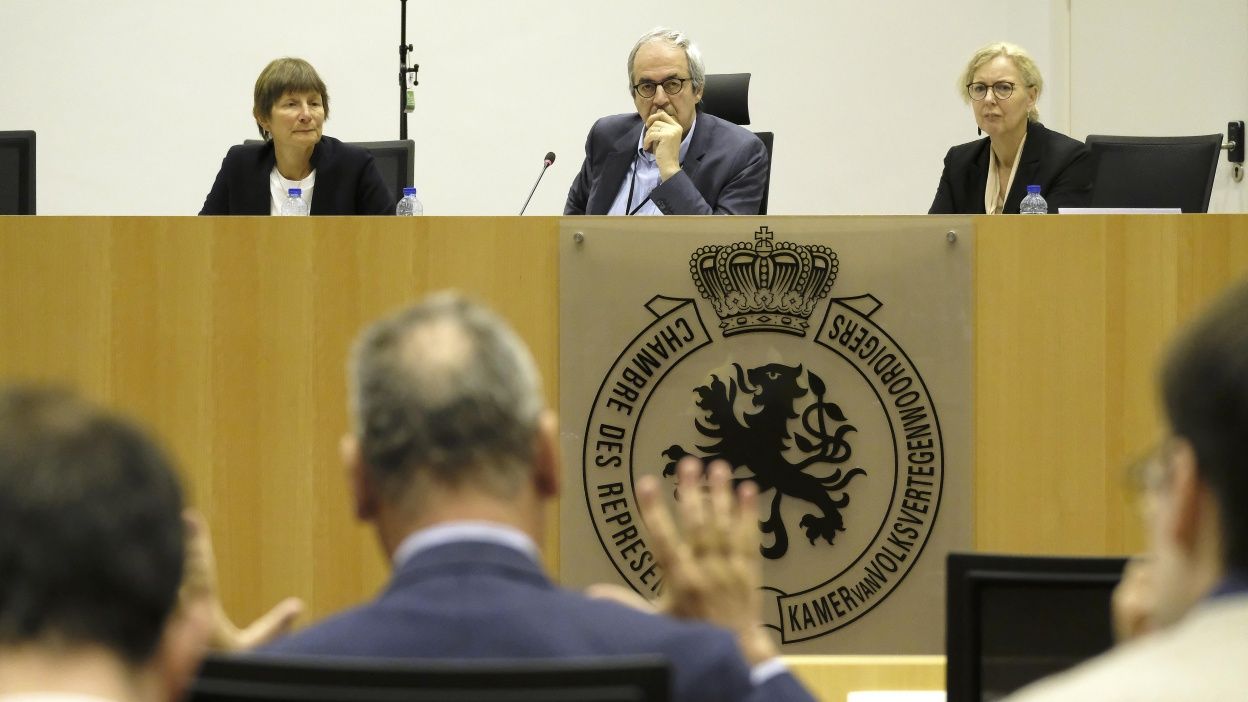 It’s been almost a year since the creation of the Belgian parliamentary commission aiming to investigate the circumstances that led to the adoption of the extended settlement law. Normally, its workings should have been concluded by now. Instead, it lost two experts, it was marred in scandals concerning press leaks, and it failed to come up with at least some provisional conclusions. Yet it still continues to meet, and its members continue to be paid for more and more unclear reasons.

Only a few short months were devoted to the diamond lobby – the rest of the time was dedicated to the Trio, which clearly proves a very unbalanced investigation. This is especially true when we consider the evidence the commission gathered.

On the other hand, the commission found plenty of evidence that the diamond lobby did interfere with the legislative process on a grand scale. In the same interview, Van der Maelen added: “The fathers of the law expanding the amicable settlement are the diamond sector and the College of General Prosecutors.” In other words, the diamond sector didn’t only interfere with the process – it fathered the law. However, the investigation on the diamond lobby began in late March and stopped short at the end of June. Since then, the commission re-focused on Chodiev.

This brings a lot of questions, since it looks like a massive cover-up. There is no other logical explanation for the fact that the commission chose to abort a lead on which they had plenty of profs and to focus instead on a dead lead.

The commission was shocked to discover that the draft law was written by Axel Haelterman and Raf Verstraeten, both law professors and lawyers working with the Antwerp World Diamond Centre (AWDC), an umbrella foundation representing the interests of the diamond traders in Belgium. Both law professors then pleaded in favor of the law in front of the Belgian Senate, while being paid by AWDC for their public endorsement of the law..

AWDC even congratulated itself in January 2012, in a public statement, for its “substantial contribution in the creation of new legislation extending the possibilities to conclude an amicable settlement.”

However, in spite of the fact that AWDC didn’t fully cooperate with the commission, refusing to provide it with relevant documents, the commission didn’t push any further.

When Chodiev’s lawyers declared that their client will not come in front of the commission, Van der maelen went berserk, threatening Chodiev with legal action. Yet when AWDC refused to provide the commission with relevant documents, nothing happened. The commission simply moved along and decided to re-focus on Chodiev instead. By all standards, this difference of treatment is highly questionable.

To make matters worse, the commission didn’t even try to investigate Diamond Club, an informal and secretive group created in December 2010 and aiming to offer parliamentarian support to the diamond traders in Anvers. The president of the Club was Jan Jambon, and the vice-presidents were Willem-Frederik Schiltz and Servais Verherstraeten. All the Flemish MPs were invited to join the club. “We want to unite in the “Diamantclub” all the politicians who defend the values and the interests of the diamond trade,” the invitation said.

The man who introduced to the Belgian Chamber of Deputies the project of law concerning the extension of amicable settlements was Servais Verherstraeten, Diamond Club’s vice-president. Verherstraeten was not even once summoned to testify before the inquiry commission. Diamond Club was never a matter of inquiry, although its very existence represents a clear break of the constitutional mandate of Belgian MPs.

Everything so far suggests that the inquiry commission is doing its best to protect the diamond traders’ lobby and to save the reputation of those MPs who were part of the Diamond Club. In so doing, the commission fails to act in full honesty and integrity, as democratic standards require it to act.

What was the real purpose of the commission? To find the truth? To find a scapegoat? To protect MPs from a real investigation? If truth was the purpose, it spent too much public money and too much time for nothing.