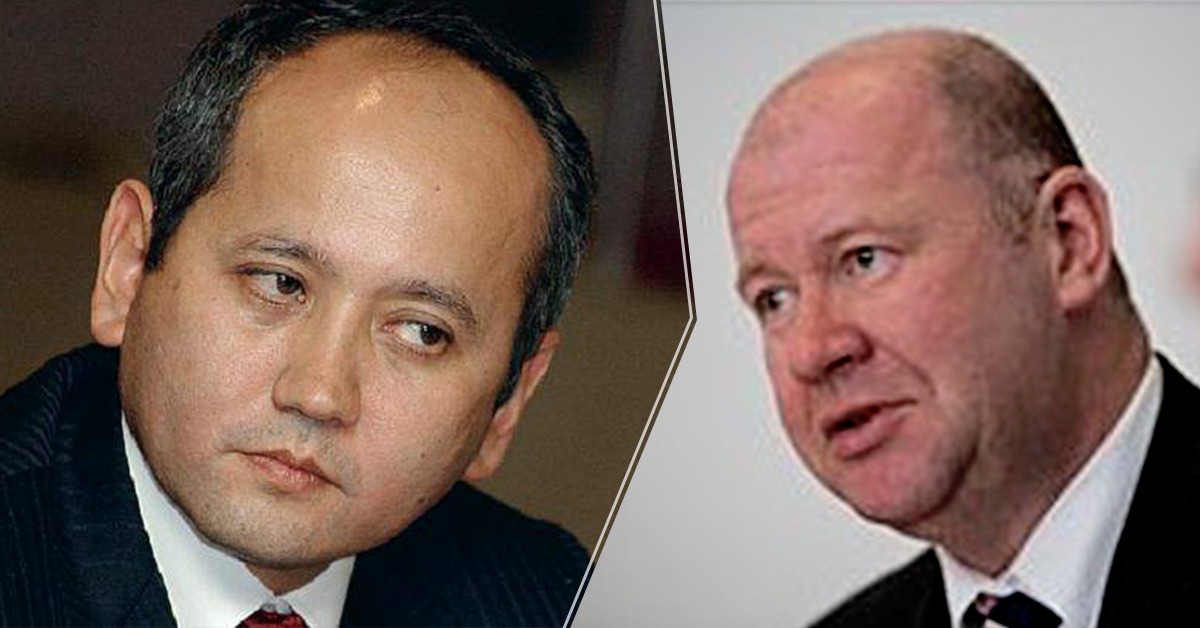 Frank Monstrey is perhaps best known in Belgium for his real estate project, Sterea, near Brussels, which includes The National Golf Brussels in Sterrebeek. Golf and real estate may be fine, but Frank Monstrey also is – or rather was – an oil tycoon in Kazahstan. And this put him in the company of some rather unsavory characters.

The story of Nostrum Oil & Gas

Nostrum Oil & Gas (formerly named Zhaikmunai until 2013) was formed in March 1997 to explore, produce and sell hydrocarbons in north-western Kazakhstan, in the northern part of the oil-rich pre-Caspian basin, according to the company’s website.

In 2004, Frank Monstrey, a Belgian businessman, acquired Nostrum from its previous owners. In 2011, he managed to list Nostrum at the London Stock Exchange (https://www.ft.com/content/fd0a3f80-139c-11e1-81dd-00144feabdc0). From 2004 until this year, Monstrey was the main shareholder at Nostrum, via two companies, Claremont Holdings Limited and Claremont Holdings C.V..

Everything looked fine, until disaster struck. On 20 March 2017, Claremont Holdings C.V. issued the following statement: “Claremont Holdings Limited and Claremont Holdings C.V. have received notice of an injunction granted by the High Court in London which has the effect of preventing them dealing with their assets, including any shares they hold in Nostrum Oil & Gas plc.  This may prevent the exercise of the voting and other rights attached thereto.”

As a consequence, being Nostrum’s chairman, Frank Monstrey was no longer able to deal with the shares he held in the company. Trying to avoid further complications, on 20 April 2017, Monstrey resigned from the board of directors of Nostrum Oil & Gas (http://www.lse.co.uk/AllNews.asp?code=jth2d2yg&headline=Nostrum_Oil__Gas_Chairman_Resigns_To_Avoid_Distraction).

So what happened? Why everything went so bad for Monstrey all of a sudden?

The already mentioned UK High Court order of injunction was “in relation to ongoing proceedings brought by Kazakhstan’s BTA Bank JSC against Mukhtar Ablyazov and other defendants.” (http://www.morningstar.co.uk/uk/news/AN_1490015231853472200/extra-nostrum-oil-chairman-monstrey-hit-by-uk-high-court-injunction.aspx)

OSI wrote extensively about Mukhtar Ablyazov and his jaw-dropping scheme (see here: http://www.opensourceinvestigations.com/belgium/kazakhgate-relay-bulat-utemuratov-mukhtar-ablyazov/). Ablyazov, a Kazakh oligarch, was the chairman of BTA Bank in Kazakhstan between 2005 and early 2009, before he fled to England after the bank was nationalized. The bank claimed he had presided over the misappropriation of 10 billion dollars “for his own personal benefit” that prompted 11 sets of proceedings being initiated.

The strangest thing in all this is that Claremont is 100% controlled by Frank Monstrey. So why did he agree to pay for Mukhtar Ablyazov’s deeds? The only logical explanation is that Monstrey was in fact a front for Ablyazov and that BTA Bank somehow managed to prove this in a convincing manner before the UK High Court.

However, this poses more troubling questions. If Ablyazov, a Kazakh oligarch, was indeed controlling Monstrey without any suspicions whatsoever from third parties, who considered the Belgian a legitimate businessman, how many other Belgian businesspeople could also be, in fact, Ablyazov’s fronts? In other words, how safe is Belgium from Ablyazov’s influence?