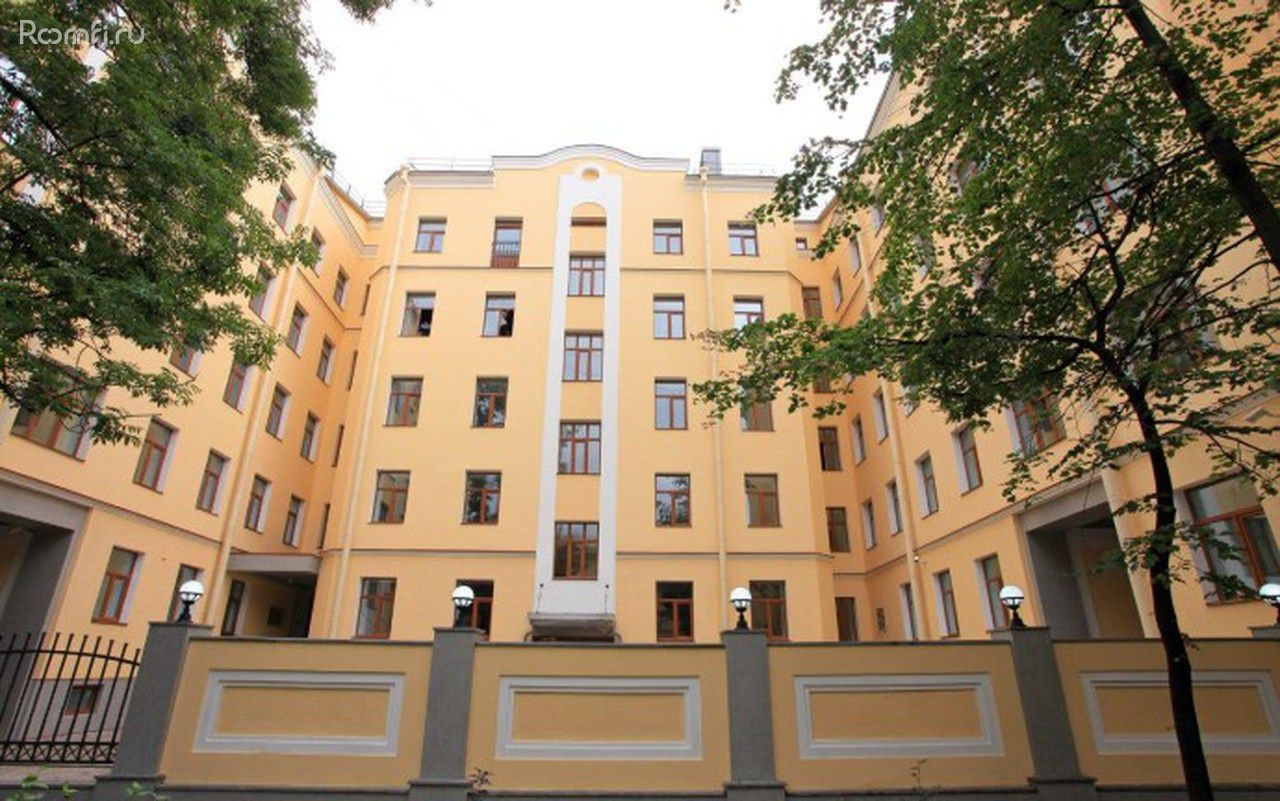 We will continue to investigate and report on Rustam Inoyatov. He is no longer the head of Uzbekistan’s National Security Service, but his vast network of allies built up over the past 23 years remains almost intact. And so does his business empire.

The rich son of a powerful father

A graduate of Tashkent State Institute of Oriental Studies, Sharif Inoyatov (born 10 May 1974) is Rustam Inoyatov’s son. After studying abroad for a couple of years in the early 90s (at Al-Azhar University in Cairo), Sharif Inoyatov graduated with a major in economy.

With his father turning Uzbekistan’s National Security Service (SNB) into a family business and with SNB overseeing country’s economy, Sharif Inoyatov became a very successful and wealthy entrepreneur. As revealed by OSI, Sharif Inoyatov invested heavily in Austria, including in a multi-million dollar mansion in Vienna (https://www.opensourceinvestigations.com/)  and is the owner of Uzgardens, the largest supplier of Uzbek dried fruits and vegetables to Russia (https://www.opensourceinvestigations.com/).

Neva Alyans Grupp, whose main business activity is the ownership and management of real estate assets, has an authorized capital of 7 million dollars (400 million roubles). Sharif Inoyatov alone invested $3.5 million in the company. 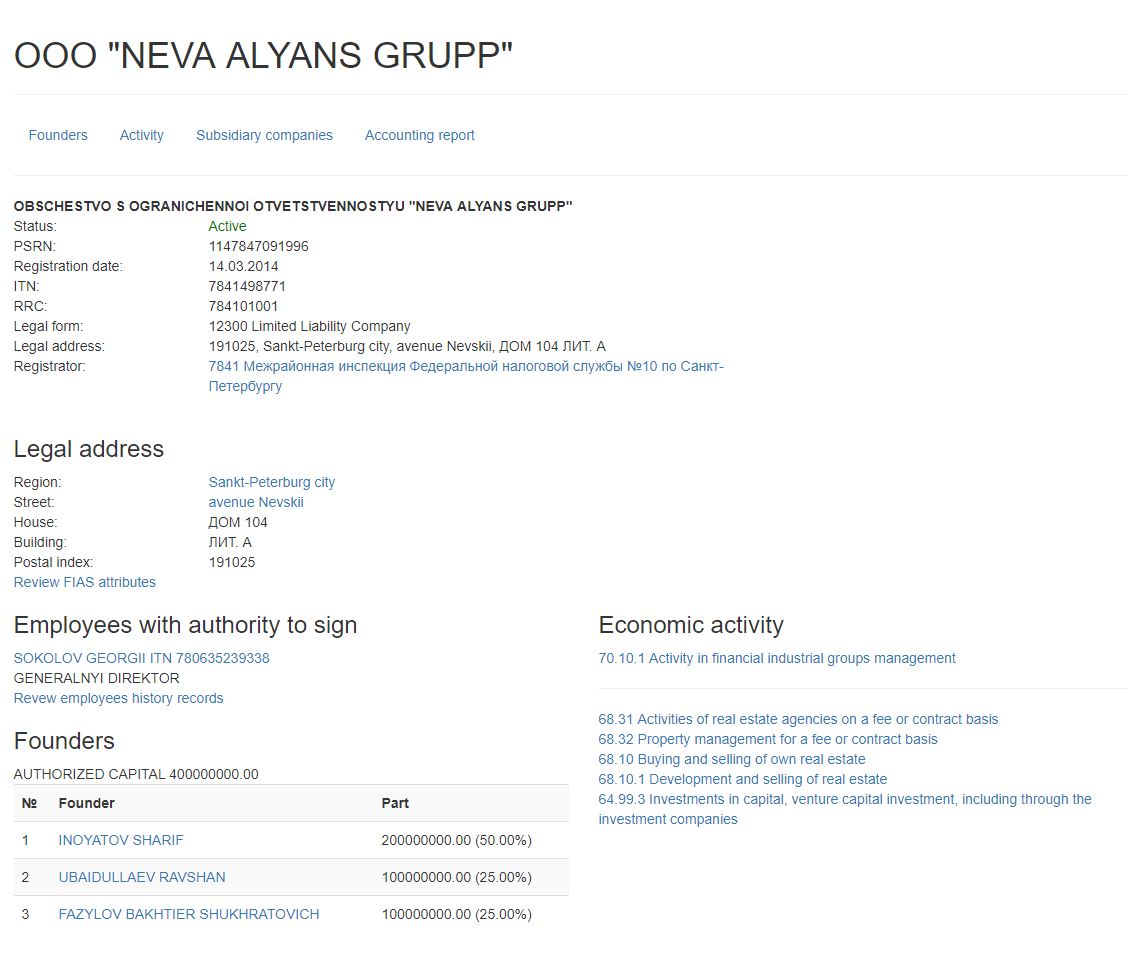 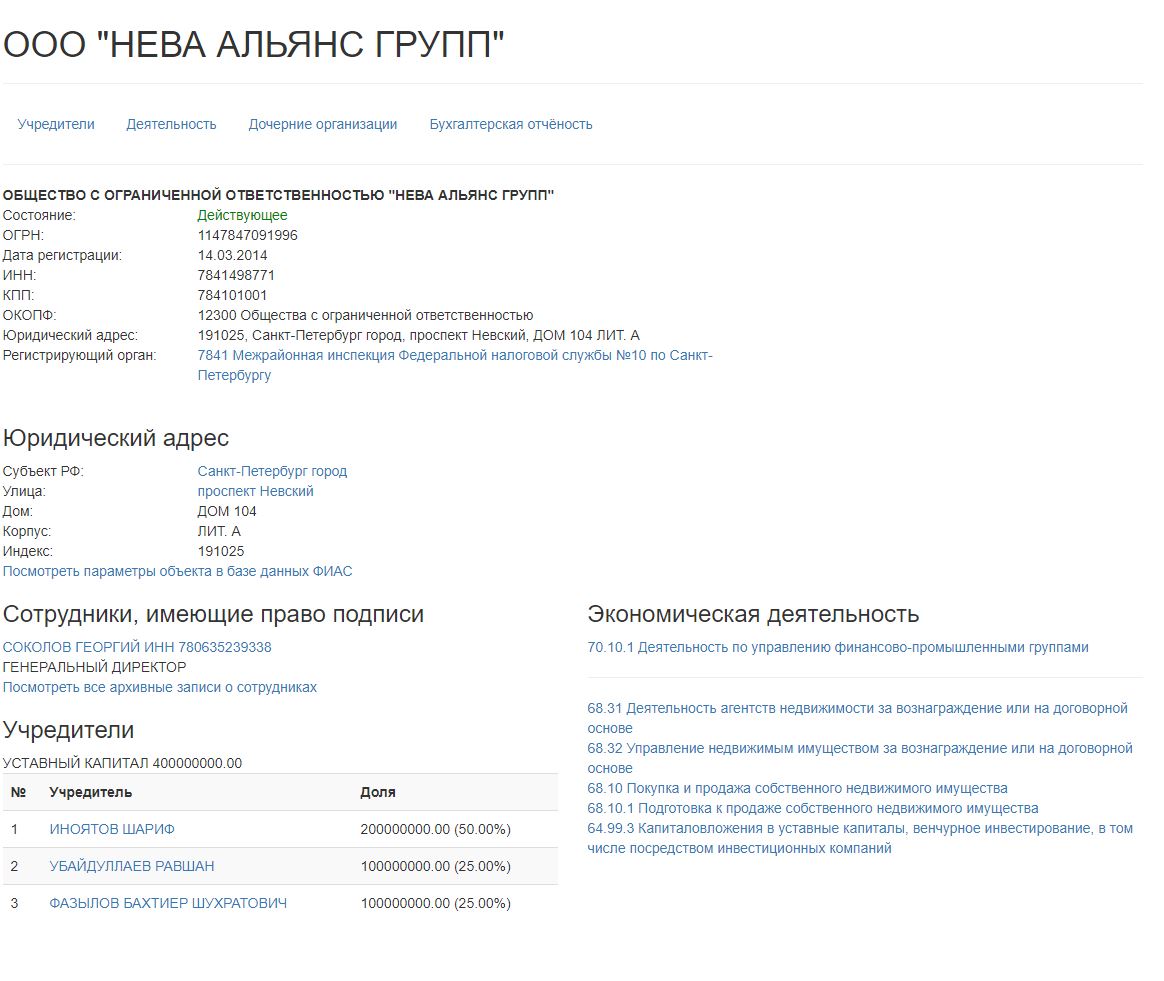 Another company controlled by Sharif Inoyatov’s is headquartered at the same address as Neva Alyans Grupp: 104 A, Nevsky Prospect. The company is called Metkem and is wholly owned by Neva Alyans Grupp.

Metkem has an authorized capital of 7 million dollars (400 million roubles) and is a prominent real estate developer in the Sankt Petersburg area. 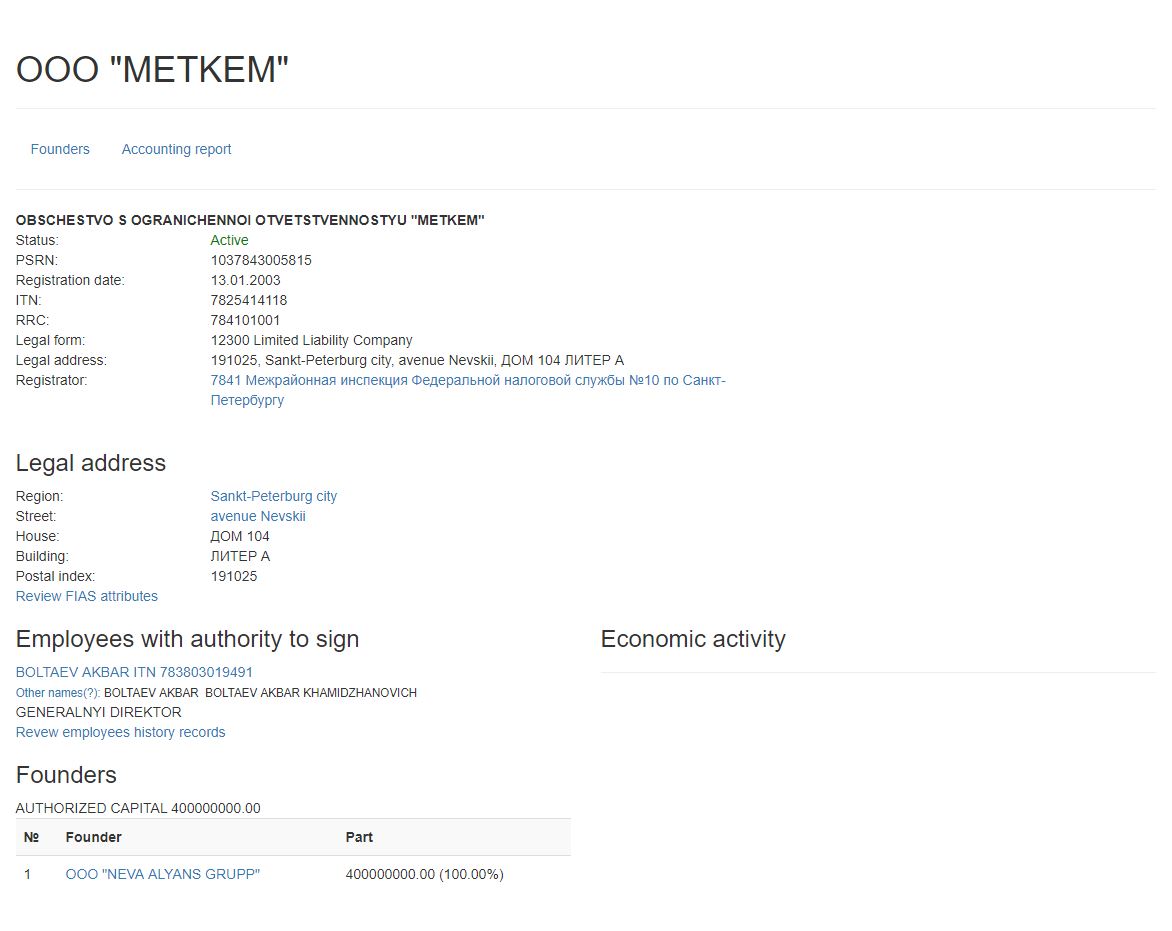 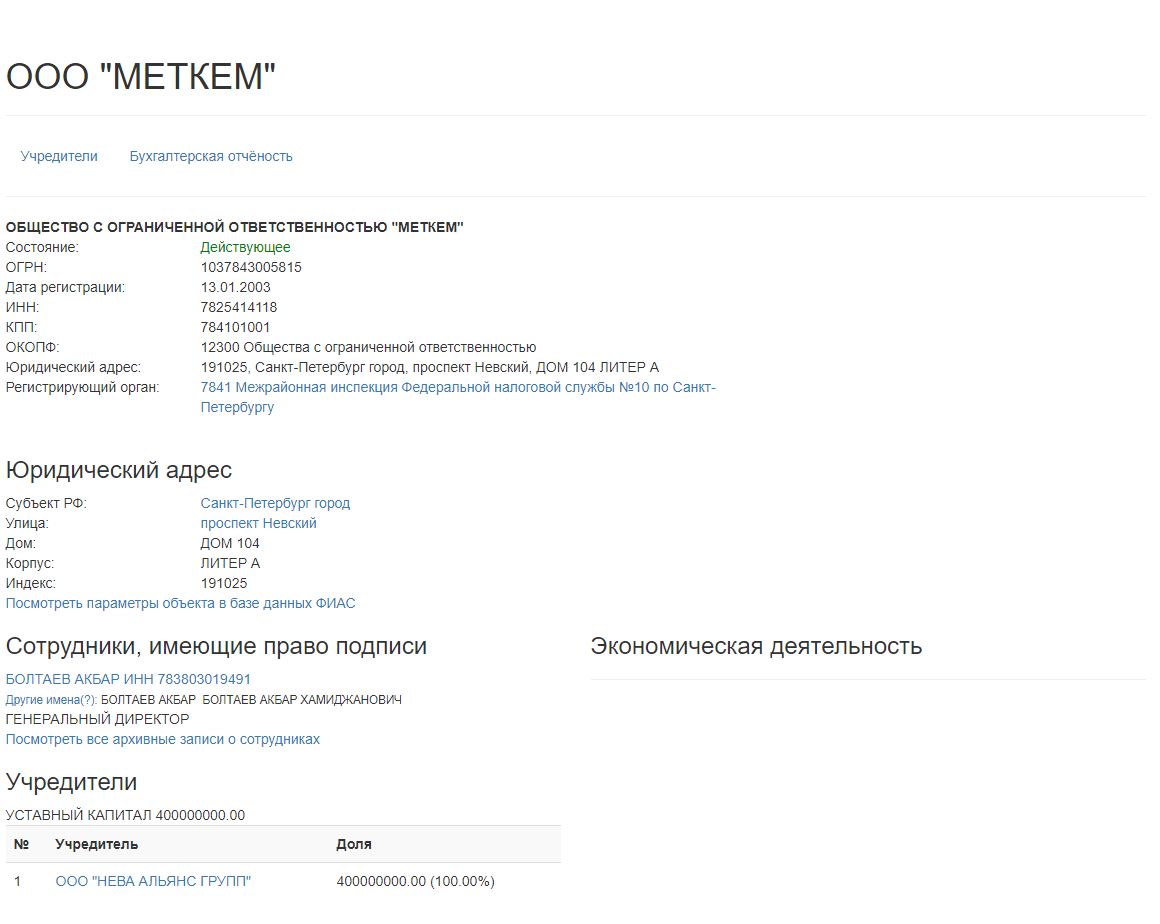