North Korea – a failed missile attempt or a successful strike?

The latest news regarding the launch of a land-based, intermediate range ballistic missile from the Panghyon Airfield, North Korea, is not only worrisome but in fact should pose a serious debate topic in the upcoming G20 Summit – programed to start on Friday, in the city of Hamburg, Germany.

The missile that was launched by the North Koreans was tracked for 37 minutes by the U.S. Pacific Command before landing in the Sea of Japan. Most media channels immediately reported the launch as just another North Korean provocation, yet the truth behind it is way more complicated than that. Here’s why:

The test, which market the first time the Hwasong-14 missile was used, proved to be a great success for the North Koreans – Kim’s dream of having an intercontinental ballistic missile closer that some might think. 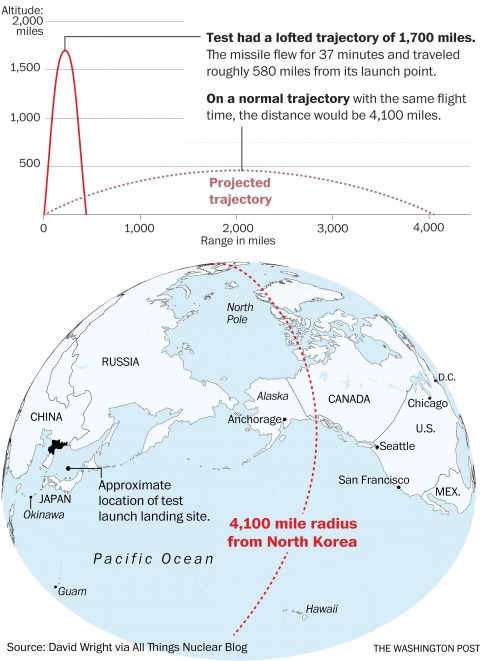 The Western experts that have monitored this launch were shocked to see that the Hwasong-14 (H-14) missile performed its first flight remarkably well, achieving a long-sought milestone and demonstrating a definite capability of striking targets thousands of miles from the country. The long-range test suggested a significant improvement brought to the old Hwasong-12 missiles, a move that might show the inability of the US-led coalition to resolve this major issue or the continuous stubbornness and defiance shown by the North Korean leader.

Initial Pentagon assessments all pointed out at North Korea testing a “land-based, intermediate-range” missile that eventually landed in the Sea of Japan, near the Chinese border. However, independent analyses showed that the missile travelled in a steep arc that managed to top out at more than 1.740 vertical miles above Earth’s surface – if correct, the missile could potentially travel more than 4.000 miles, reaching several points in Alaska, U.S. 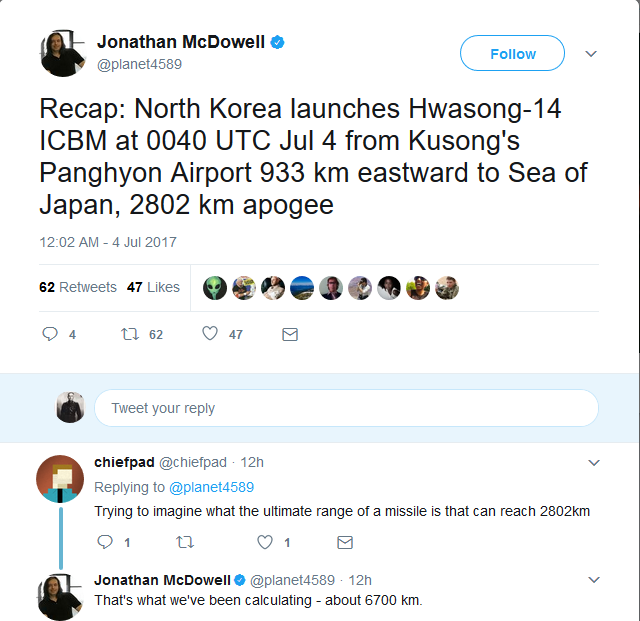 In just two years, under severe sanctions imposed by most of the World’s countries, North Korea has managed to turn a floundering medium-range missile project into a successfully launched ICBM. The defiant pose of Kim’s regime – combined with the former U.S. administration’s lack of action – have brought us in a stalemate situation, where everybody is doomed to watch what the final outcome might look like.

The upcoming days will prove decisive in this matter – especially given the importance of the G20 summit. The Chinese and Russian authorities have already made statements regarding the missile launch, condemning the North Korean administration and calling for an immediate de-escalation plan. However, the North Korean ambitions at achieving the status of a nuclear country seem to go way past their previous close relationships with the Chinese and Russian governments – early analysis on the Hwasong-14 missile shows that it uses a kind of indigenously built ballistic-missile engine, one that has nothing to do with the previous attempts at copying Soviet or Chinese designs. 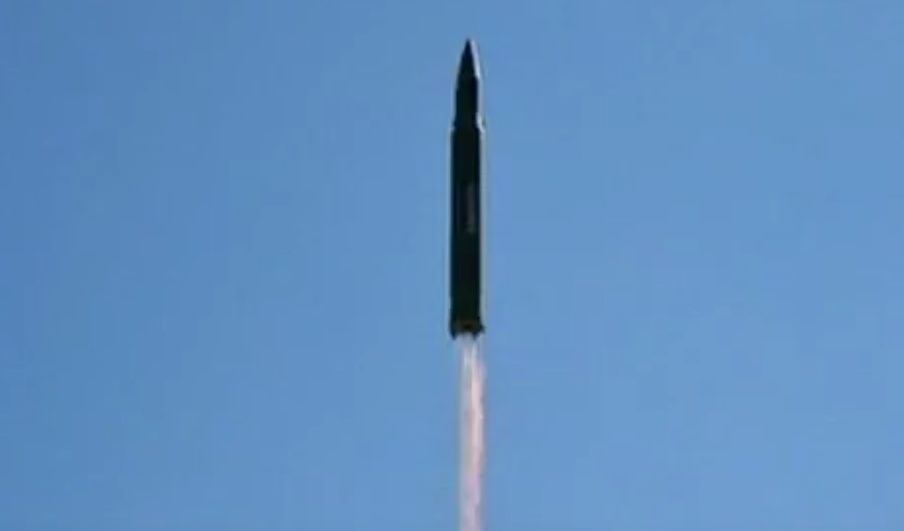 [actual photo of the H-14 missile, provided by the North Korean Propaganda Office]

The ball is now in the court of the U.S. administration and retaliation is not out of the question. Kim Jong Un has long calculated that nuclear-armed ICBMs are the best deterrence against threats to his survival, with a North Korean government spokeswoman saying: “As the dignified nuclear power who possesses the strongest intercontinental ballistic rocket which is capable of hitting any part of the world along with the nuclear weapons, the Democratic People’s Republic of Korea will fundamentally terminate the U.S. nuclear war threats and blackmail and credibly protect the peace and stability of the Korean Peninsula and the region”.

Trump, after only 7 months as acting President, faces a crisis more serious than ever – a crisis that hasn’t been relevant ever since the fall of the Iron Curtain and the end of the Cold War: nuclear weapons are out on the table and threats are being thrown left and right. Let’s just hope a peaceful dialog can be held between these two nations, as the consequences will affect us all.