USAID and WACD: Ghana to Become Narco-State if Akufo-Addo Elected 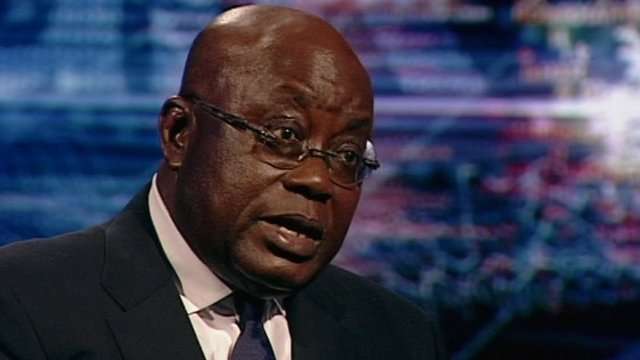 In separate reports, the United States Agency for International Development (USAID) and the West Africa Commission on Drugs (WACD) found that Nana Akufo-Addo and NPP have been funded with drug money. Ghanian drug lord Raymond Amankwah has been a major donor for both Akufo-Addo and NPP. While serving as Attorney General, Nana Akufo-Addo returned seized properties to Amankwah’s family. The drug lord is presidential candidate’s brother in law. Depending on drug lords for his political survival, Akufo-Addo is a major threat.

In January 2014, WACD, an independent, high-level body convened by the Kofi Annan Foundation, released a report called State Officials and their Involvement in Drug Trafficking in West Africa. According to the report “drug traffickers have been key funders of political parties and of individual politicians in Ghana”. The drug money, WACD concluded, has been funding key political players in Ghana, „including Nana Akufo Addo, one of the more prominent presidential candidates”.

The WACD document indicated that Raymond Kwame Amankwah has been a major donor for both Akufo Addo and his party, the New Patriotic Party (NPP). One of the world’s most prolific cocaine dealers, Raymond Amankwah was arrested in Brazil in December 2007 and convicted to 13 years and 9 months imprisonment.

WACD conducted interviews with senior police officers in Accra. They revealed that when Amankwah was wanted by Interpol, the government seized his vast property in Ghana, pending future investigation. WACD established that, a few months after the seizing, “Nana Akufo-Addo who had by then nominated Attorney general – and subsequently presidential candidate for the then ruling NPP – quietly returned the property to Amankwah’s family”.

USAID’s report, The Development Response to Drug Trafficking in Africa: A Programming Guide was published in April 2013. According to the US Agency, throughout Africa drug trafficking organizations use corruption of government officials as a key tactic for carrying out their activity. But Ghana’s case is special. In Ghana a close relative of a senior official is involved in drug trafficking. USAID’s investigation found that “Raymond Amankwa is the brother-in-law of Ghana’s former attorney general and New Patriotic Party presidential candidate Nana Akufo-Addo”.

“Where the drug profits flow to NPP”

Nana Akufo-Addo and his party use the spoil of trafficking to fund their opperation. USAID established that “drug money skews political competition, giving advantage to capital and the narrow interests of drug traffickers over formal state institutions and the broader public”. The political competition is even more skewed in Ghana “where drug profits flow disproportionately to one political party”.

According to WACD report, in Ghana “crime is also being used in support of the political process”. The large profits associated with drug trafficking pay bribes, campaign contributions and political campaigns.

With Nana Akufo-Addo candidacy for president, drug traffickers target the highest level official in Ghana. A presidential candidate dependent on drug lords for his survival is a major threat. It is not about the immediate application of laws within an office, assisting trafficking or protecting traffickers. It is about impunity for drug lords and the extent of the drug dealers’ power over Ghana’s government. It is not about mules or small dealers. It is about trafficking via containers or transport planes. It is about Ghana gradually becoming a narco-state.