Home
Corruption
Nikolić paid former US ambassador €7,500 per hour to do nothing

Nikolić paid former US ambassador €7,500 per hour to do nothing 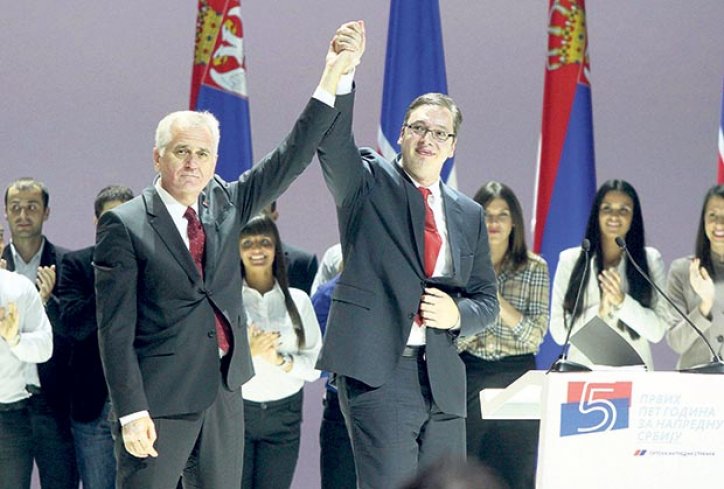 OSI has documentary evidence that Serbian President Tomislav Nikolić has paid William Montgomery 7,500 euros per hour. Montgomery is a former US Ambassador to Serbia. Nikolić’s rhetoric about the US is hypocritical. We can also exclusively reveal that from 2010 to 2012 Nikolić gave Montgomery tens of thousands of euros to have “sporadic conversations”.

Anti-American rhetoric is common among Serbian politicians, especially during the election campaign. But Tomislav Nikolić lashing out against US Ambassador to Belgrade is highly hypocritical. In 2010, when he was leading the Serbian Progressive Party (SNS), the same Nikolić hired the former US Ambassador to Serbia William Montgomery as a lobbyist.

Montgomery, who had supported the interventions in Bosnia and Croatia and the war against Serbs over Kosovo, registered with the US Justice Department as an agent for Nikolić and SNS on 18 September 2010. In 2011, when confronted with Montgomery’s Registration Statement, both the former ambassador and the President of the SNS denied. Montgomery in a more diplomatic manner, saying that he had “no role in the political decisions and activities of the Serbian Progressive Party”; SNS leaders, more vehemently, accusing a “witch hunt”. SNS also pretended that no contract had been signed, even though a copy of the contract signed by both Nikolić and Montgomery had been attached to the Statement filed with the Justice Department.

According to the documents filed in September 2010, Montgomery was charging 7,500 euros per month plus costs for consultancy work. The Consulting Services Agreement, worth a minimum 35,000 euro, was a six-month contract with possibility of extension.

Montgomery undertook to improve SNS’s image „through regular by-weekly meetings with the President [Nikolić] and his senior advisors, as well as in periodic written analytical reports”. Montgomery obligation was „first and foremost, to provide written reports and recommendations to the Serbian Progressive Party”.

We can now reveal that Nikolić didn’t pay Montgomery 7,500 euros per month, but per hour. On 24 April 2012, one year and a half after filing the Registration Statement, William Montgomery filed a Supplemental Statement with the US Justice Department. According to that second statement, the “regular by-weekly meetings” with Nikolić and his advisors never happened. Montgomery didn’t work more than one hour a month for the 7,500 euro he received from Nikolić. “My work for the Serbian Progressive Party – Montgomery told the Justice Department – has been very limited. Perhaps an hour a month.”

And what did the former ambassador do for Nikolić’s money? Almost nothing, according to Montgomery himself. The “reports” and “recommendations” promised in the documents filed in 2010 were never written. In fact Montgomery didn’t prepare any informational materials. All that Montgomery did, according to his 2012 Supplemental Statement, was to have “several conversations with members of the SNS” and “sporadic conversations with political leaders, diplomats and others in the region”.

Those “conversations” cost Nikolić tens of thousands of euros. It is difficult to estimate the exact amount. The contract between Nikolić and Montgomery must have been renewed several times. It was still in force in April 2012.