Home
Iran
The Iran affairs: how the world collapses on itself

The Iran affairs: how the world collapses on itself 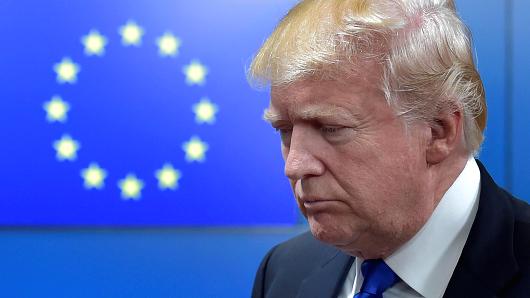 As we’ve all seen in the last couple of days, the conflict between Iran and Israel has escalated to a level unseen before, threatening the already fragile stability of the Middle East, a region that has been plagued with an active civil war in Syria and countless other proxy wars between various factions. The question that pops out when looking at the whole situation is, however, who benefits the most out of this whole ordeal?

In 2015, Iran agreed to a long-term deal on its nuclear programe with the P5+1 group of world powers – the US, UK, France, China, Russia and Germany. The deal sought to limit the sensitive nuclear activities of Iran and to allow international inspectors to continuously monitor the status of the Iranian nuclear development, in return for the lifting of crippling economic sanctions.

Albeit successful – as it reduced Iran’s uranium stockpile by 98% to 300kg – the JCPA (Joint Comprehensive Plan of Action) was denounced by the United States as a “bad deal”, citing the fact that the Iranian government has been sponsoring terrorist activities across the globe and that it had continuously tried to develop nuclear weapons. Therefore, a couple of days ago the US, via the signature of President Donald J. Trump, withdraw from the JCPA completely, leaving its European allies completely baffled.

Europe has traditionally sought to maintain a strong transatlantic bond, while promoting of a variety of goals in its surround regions, especially in the Middle East. After the economic sanctions against Iran were lifted in 2015, the major European counties actively started expanding their economic ties in Iran, with many billion dollar deals being signed between European companies and their Iranian counterparts. Now, these potential economic prospects are in danger, as the US is ready to reimpose sanctions against not only Iran, but all international companies that decide to deal with Iran.

Some may be perplexed about the hard-line stance that the United States has undertaken regarding the Iran sanctions and even the prospects of a trade war with the European Union, but the explanation is right in front our faces: Donald J. Trump is simply following his campaign promises step-by-step, employing his “America First” policy in an aggressive manner. This means challenging the previously signed trade agreements, be them with China or the European Union, in order to obtain better deals for the United States, no matter the international cost. A business-like perspective that might either prove disastrous or brilliant for the US.

On the other hand, the European firms are desperate to do business with Iran, but they have been held up by fears that Trump might decide to put the sanctions back in place – now, given that their biggest fears have materialized, they have started to put a lot of pressure on the German and French governments to help avoid the outcome. Hence the critical responses that the Europeans have given up until now to the United States decision to withdraw from the JCPA, responses that clearly show how huge the fracture has extended between the transatlantic partners.

“The time when one could simply count on the US to protect us is over,” Merkel said. “Europe must take its destiny in its own hands. That is our challenge for the future.”

Even more critical was the declaration of the French President, Macron, who said: “We made the choice to build stability and peace in the Middle East. We took a sovereign decision to carry it through. Other powers … decided not to keep their word. Does that mean we are supposed to renounce our own choices? Who makes our trade choices? Who? Those who threaten us? Those who would blackmail us while explaining that the international rules they have helped to elaborate have become worthless because they are no longer in the advantage? We must not give in, we must not be weak”.

These declarations clearly show how far the traditional allies have stranded apart. The looming prospects of a trade war starting between the US and Europe are steadily increasing day-by-day, as the US president has threatened to punish European companies that trade with Iran and to impose further sanctions on European aluminium and steel starting next month.

Nevertheless, the JCPA still stands, as the other countries that have signed the deal have made it clear that they won’t pull out of the accord. Iran, for that matter, has already declared that it would continue to comply with the plan, as long as the other states will continue to support the deal.

“The deal is not dead. There’s an American withdrawal from the deal but the deal is still there”, French Foreign Minister Jean-Yves Le Drian said.

The up-coming weeks are critical to the stability of not only the Middle East region, but the world itself. Whilst the US and Israel are revving up their war-machines, preparing for the worst, their European counterparts are desperately trying to find a way to fix the JCPA. Sure, some might say that they are doing it for world peace, but the truth is that the potential economic prospects are the ones that dictate everything at this point. In the meanwhile, Iran is struggling with its economy and if put under constant pressure, it might even re-start its nuclear program, as a way to retaliate against what has happened.

Let’s hope that the world leaders won’t do anything harsh. At this point, millions of people are endangered by these actions and millions more might be affected if a trade war starts between the US and the EU. Not to speak of the horrific possibility of another war starting in the Middle East, one that will completely shadow what has happened in Syria over the past several years.

The world finds itself yet again between a rock and a hard place. The winner takes it all, but everybody will suffer.